America has half a million fewer jobs than we thought 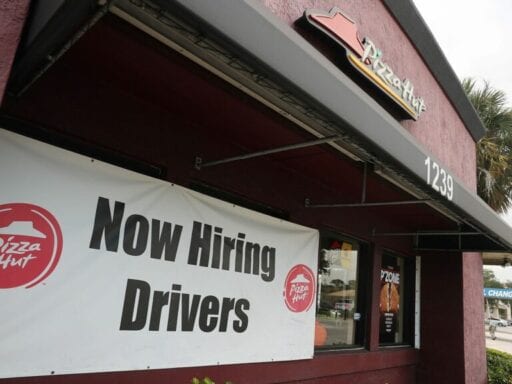 Nobody got fired, the jobs just never existed.

The Bureau of Labor Statistics produces monthly numbers on employment in the United States, but once a year they also check back and revise the benchmark numbers that those monthly estimates are based on.

And this year’s preliminary data has some bad news — there are about 500,000 fewer jobs than we’d previously thought.

It’s perfectly normal for benchmark revisions to change these numbers, but this year’s is a somewhat unusually large adjustment — the biggest downward shift since 2010.

This is, importantly, purely new information about the past. These jobs never really existed; the Labor Department now thinks they were just a statistical error. Nothing bad actually happened to anyone and this does not, strictly speaking, have any relationship to the wave of slightly inchoate fears that we may be heading for a recession.

Nevertheless, as Emily Stewart has explained, President Trump has already been dabbling in conspiracy theories about manipulated economic data. So if you were inclined to believe that there’s a shadowy network of economic data mongers trying to talk down the American economy (which, to be clear, you should not be because that’s ridiculous) it would be pretty easy to integrate this into that larger narrative.

Why the surge in racist misinformation about Kamala Harris is so worrisome
House Democrats accuse Republicans of shutting down Hurricane Maria investigation
2020 was a time warp
Miranda July’s enduring love for the weirdo in all of us
Sign up for the Vox Book Club newsletter
The violent protests in Iraq, explained