America needs to hear — under oath — from Pompeo, Perry, Pence, and Bolton 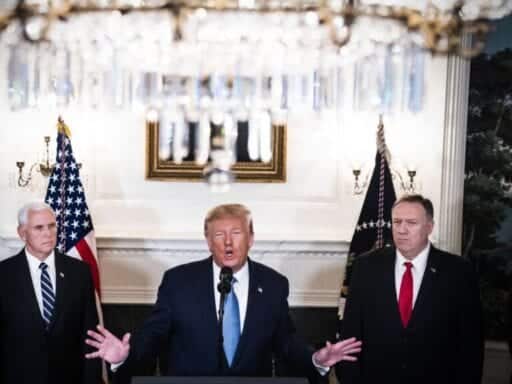 Rep. Devin Nunes is actually right about something: The key witnesses in the Trump impeachment hearings so far haven’t said that Donald Trump directly told them to get Ukraine to investigate Joe Biden. But while Nunes keeps ranting and raving about his desire to hear directly from the no-longer-relevant whistleblower, the real issue is that we need to hear from people in Trump’s inner circle: Secretary of State Mike Pompeo, Chief of Staff Mick Mulvaney, Energy Secretary Rick Perry, Vice President Mike Pence, and of course Rudy Giuliani.

Wednesday morning’s testimony from Ambassador Gordon Sondland was full of bombshells, including sworn testimony that he had a conversation with Vice President Mike Pence in Poland about the linkage between the suspension of aid and Trump’s desire for investigations into the former vice president. “Everyone was in the loop,” according to Sondland — a point he insisted on at several points during his opening statement, asserting that all the top officials in the Trump administration understood what was happening.

Pence, via a spokesman, says this isn’t true. He says that Sondland “was never alone with the Vice President” during the trip in question and the “alleged discussion recalled by Ambassador Sondland never happened.”

Someone is mistaken — or lying — here. And given that scrupulous honesty is not exactly a hallmark of the Trump administration, it’s certainly possible that it could be either of them. The difference is that Sondland has testified, in person, before Congress, while Pence is putting out a statement through a spokesperson.

Sondland’s testimony also directly attributes key statements, actions, and knowledge of a quid pro quo between Ukraine and the Trump White House to Secretary of State Mike Pompeo, Secretary of Energy Rick Perry (whose spokesperson also put out a statement contradicting Sondland), and former National Security Adviser John Bolton. But none of those men has testified before Congress. Neither has Chief of Staff Mick Mulvaney nor Rudy Giuliani — the man who did most of the actual legwork on the caper that Congress is investigating. Some of these men are defying subpoenas, others haven’t even been called.

The sheer volume of leaks coming out of the Trump White House has consistently created the sense that we have a lot of knowledge of what’s happening on the inside. But in a practical sense, this has been one of the least transparent administrations of all time. Testimony from these players could greatly increase our understanding of relevant events.

The multiple bombshells dropped by Sondland in his testimony are a reminder of the critical value of hearing from political appointees with access to the president, not just career civil servants. But Sondland himself is far from the top of the chain of command. America needs to hear from more people.

Most of the star witnesses don’t know Trump

One valid point congressional Republicans repeatedly raised during earlier days of the hearings is that many of the Democrats’ star witnesses — including George Kent, Bill Taylor, and Marie Yovanovitch — don’t know Trump personally, didn’t work directly with Trump, and to an extent are relying on second-hand information for their understanding of what’s happening.

Trump, similarly, took a time out from a cabinet meeting to observe “I don’t know [Lietenant Colonel Alexander] Vindman at all,” and, “I never heard of him,” while a variety of House Republicans, when not actively smearing Vindman, argued that he was less important in the policy process than he made himself out to be.

None of this changes the fact that their detailed knowledge of Ukraine and US policy toward Ukraine makes them valuable witnesses. But it’s true that to get a full picture of what’s going on, you’d want to hear from more people who had direct access to the principals. It actually makes quite a bit of difference what other people in the presidential line of succession said and did around all of this.

Democrats haven’t forgotten to ask the higher-ups. The White House has asked everyone to refuse to comply with subpoenas, leaving Democrats to rely on testimony from those willing to defy Trump and come forward. That group contains some key witnesses, most critically Sondland himself, but nowhere close to everyone you might want to hear from. That leaves Sondland’s sworn testimony dueling with Pence’s spokesman-written statement, and leaves the American people at least partially in the dark about what was happening.

Democrats have tools to turn up the pressure

The best way to resolve this situation would be for the officials in question to do the right thing and agree to testify. Following that, in an ideal world congressional Republicans would stand up for the institutional prerogatives of Congress and the interests of the American people and vocally call for them to testify.

In the real world, neither of those things is going to happen.

Unfortunately, that leaves the ball in Democrats’ court, but they’re not entirely without tools here. They could, for starters, attempt to use their powers of inherent contempt to raise pressure on non-cooperating officials.

They could also engage in some political combat. Congress is working on government funding bills that give Democrats some leverage over the White House. There are also ongoing negotiations about ratification of the president’s signature USMCA trade deal.

And there’s also simply a question of public messaging. Democrats, as of now, haven’t made a big deal in public about the failure of key officials to testify. That’s in keeping with what seems to be prevailing sentiment that the impeachment inquiry should be fast and narrow rather than broad and quick.

A speedy approach makes sense if Senate Republicans are open-minded about this situation. The facts revealed so far are extremely damning, so it could make sense to just move forward quickly rather than get bogged down in political and legal warfare about additional testimony. But of course that isn’t the situation.

Republicans aren’t going to agree to remove Trump. Everything that’s happening here is political display for the benefit of the voters. And to that end it would be extremely edifying to have extended public discussion of why the White House is stonewalling and why we can’t find out more about exactly who did what when.

The Trump campaign spent months portraying Biden as senile. That might be a mistake.
Limousine crash in New York: 20 killed in deadliest transportation accident in 9 years
Stephen King’s confusing tweets about diversity missed a larger point about the Oscars
Mike Pence is the normal Republican conservatives miss
What we know about Pete Buttigieg’s McKinsey clients
Toilet paper is disappearing from shelves — again