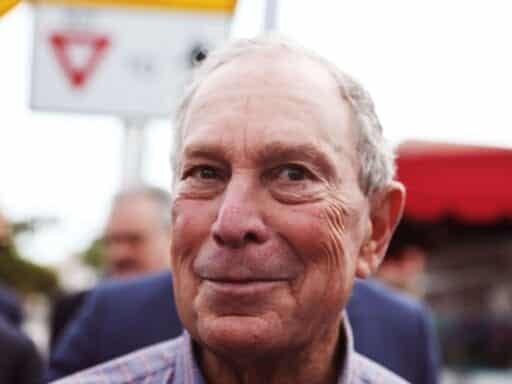 Bloomberg, who appeared on the primary ballot for the first time on Tuesday, defeated rivals Bernie Sanders, Joe Biden, Elizabeth Warren, and Tulsi Gabbard. American Samoa’s caucuses were part of a slew of elections on Super Tuesday, with a massive 1,344 delegates on the line — around one-third of the total 3,979 pledged delegates.

With just six delegates at stake, American Samoa is, to be clear, a very small part of the overall count. But in a primary election that might come down to the last vote — with a real chance that no one will get the majority needed to clinch the nomination at the Democratic National Convention later this year — every delegate can matter.

A candidate needs 1,991 delegates for a majority. If no candidate gets that on the first ballot, there will be a second ballot (and potentially more) on which unelected superdelegates are able to cast a vote.

American Samoa is a US territory, not a state. Its residents aren’t considered US citizens — only US “nationals.” The island also doesn’t participate in the general presidential election, though it does get a voice in the nominating process for both Democrats and Republicans. (It also doesn’t get full representation in Congress, but similar to Washington, DC, and Puerto Rico, it does get a nonvoting delegate in the US House.)

There seems to have been no polling in American Samoa leading up to Super Tuesday, making it unclear who would win or who was even a favorite prior to the caucus. In 2016, Hillary Clinton won the territory with 68.4 percent of the vote, besting Sanders’s 25.7 percent.

This time around, a more divided party gave Bloomberg the victory.

The essential worker trap
Silicon Valley leaders celebrate the Biden win — and send a message to Trump
The stimulus law’s student loan payment freezes, explained
Ant-Man and the Wasp’s post-credits scenes, explained
Kentucky’s Republican governor is facing a tough race — and he wants Trump to save him
All the clues in Watchmen about Doctor Manhattan