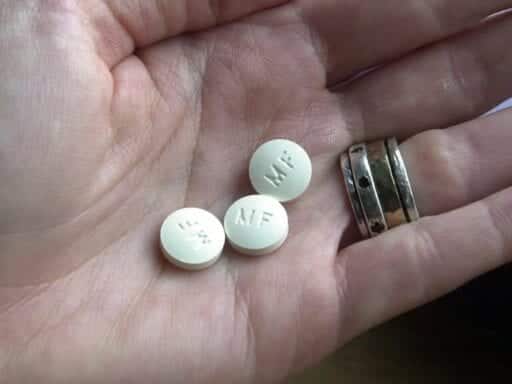 The introduction of a generic abortion medication could mean lower costs for patients, but barriers to access remain.

In 2000, a new method of abortion became available in America: an oral medication called mifepristone.

Previously, the procedure in the early stages of pregnancy often involved emptying the uterus by suction. But taken with another medication called misoprostol, mifepristone can end a pregnancy in the first 10 weeks without the need for an in-clinic procedure. Patients can go through much of the process in whatever setting they like, with whomever they like — or alone.

For these reasons and others, medication abortion has skyrocketed in popularity since it was introduced. By 2014, it accounted for 45 percent of abortions before nine weeks.

Despite its popularity, just one company has sold the drug on the American market in the past 19 years. This week, that changed: The company GenBioPro is putting the first generic version of the drug on the market. It believes its version could help bring down costs for patients, as well as ensuring that doctors have a reliable supply of the drug. “It’s always risky to have only one product of anything on the market,” Mary Fjerstad, the senior director of medical affairs at GenBioPro, told Vox.

But even with a generic available for the first time, many obstacles to medication abortion remain. Doctors say the medication is extremely safe, yet it’s highly restricted: Patients have to get it in a doctor’s office, rather than at a pharmacy, and doctors have to go through a special process to get certified to dispense it. The result: many doctors don’t offer mifepristone, and patients can struggle to get it.

GenBioPro sees its mission as promoting “reproductive autonomy,” its president, Evan Masingill, told Vox. And experts say a generic option will help patients to some degree. But the story of mifepristone is about much more than pills and supply chains; it’s about restrictions federal and state governments place on abortion medication, even though doctors say they’re not necessary for patient health.

A generic option could reduce costs and prevent shortages

Medication abortion works like this: a person takes a single oral dose of mifepristone, which stops the pregnancy from progressing. Up to 48 hours later, the patient takes misoprostol, which causes the uterus to contract, essentially inducing a miscarriage.

Patients typically experience bleeding and cramping, as with any miscarriage, but the process is very safe and quite effective: Complications occur in less than 1 percent of cases, and the drugs work to end a pregnancy 95 percent of the time.

Mifepristone has historically been available in the US from just one company, Danco Laboratories, which sells it under the brand name Mifeprex (mifepristone is also sometimes called RU-486, a name that originated in Europe). But with GenBioPro’s pill, there will now be a second option.

“As we started to do our analysis of the landscape and where we felt we could be most impactful, this product in particular came into our sights,” Masingill said. They sought FDA approval, received it in April, and officially launched the drug on Tuesday.

According to GenBioPro, the introduction of a generic will lead to a more reliable supply of the drug. Fjerstad pointed to recent shortages of drugs like the anesthetic lidocaine, which forced some doctors to cancel surgeries and other treatments. Though no such shortages have been reported for Mifeprex, GenBioPro believes they may be more likely when there’s only one company selling mifepristone. “If there’s only one product on the market, if there’s any problem at all anywhere along the supply chain,” Fjerstad said, “it just creates a huge problem for clinics that need that medicine.”

Then there’s the issue of cost. Mifeprex currently costs providers around $90 per pill, said Dr. Karen Meckstroth, a clinical professor at the University of California San Francisco and the medical director at a clinic that provides early abortions. Danco doesn’t make the cost of its drug public.

GenBioPro won’t say exactly what the cost for its generic will be, but the company expects the introduction of its product to bring prices down through competition. “Whenever a generic comes to market usually the price is somewhat cheaper,” Fjerstad said.

Overall, “having a generic on the market is extremely important for us as providers,” said Dr. DeShawn Taylor, GenBioPro’s senior medical director. “We all know and love someone who has had an abortion, and so we want to be able to expand access to a form of abortion that is extremely safe, effective, and is an FDA-approved way to end a pregnancy.”

Doctors and experts outside GenBioPro say the introduction of a generic matters, but it’s unclear how much it will change things for patients.

“To have different manufacturers definitely helps in terms of price competition and increased availability,” said Alina Salganicoff, senior vice president and director of women’s health policy at the Kaiser Family Foundation. “But at the end of the day, will medication become more available to women, will it become more affordable, is still an open question.”

One reason for the uncertainty: The cost of the drug itself is only part of the cost of having a medication abortion. In 2014, patients paid an average of $538, compared with $508 for an in-clinic abortion at 10 weeks (many insurance plans don’t cover abortion, and most patients pay out of pocket).

In addition to the pill itself, patients typically have to pay for the costs of doctor visits and lab work. Meanwhile, state laws can impose additional costs; for example, some states require patients to visit a clinic for pre-abortion counseling, then undergo a waiting period before actually getting the medication. Others require an ultrasound, an added expense, although doctors say it is not always necessary in cases of early abortion.

A major barrier to getting mifepristone has to do with how it’s dispensed: The medication is subject to a Risk Evaluation and Mitigation Strategy (REMS) imposed by the Food and Drug Administration. Under the REMS, the drug can’t be dispensed at a pharmacy like other medications (including its counterpart, misoprostol). It can only be provided by a doctor or other clinician who has gone through a special certification process.

That process is a big deterrent for many doctors. “People are afraid they’re on a list,” Meckstroth said, referring to concerns about the stigma and harassment that abortion providers can face.

You don’t have to be an OB-GYN or surgical abortion provider to get certified, Meckstroth said, meaning that in theory, patients could get the medication from their primary care doctors. But because of the onerous certification process, few primary care clinicians offer the medication. In fact, when Meckstroth’s team recently looked for primary care clinics or other general health centers in California that offered medication abortion outside an abortion clinic setting, they found just one — a clinic where she is a medical director.

Abortion-rights advocates agree that the FDA requirements could limit the impact the GenBioPro pill will have. “While the generic form of mifepristone is important and long overdue, the real barrier to accessing medication abortion, especially for those living in rural and medically underserved areas, is the FDA’s unnecessary restrictions on how mifepristone is dispensed,” said June Gupta, director of medical standards at Planned Parenthood Federation of America, in a statement to Vox.

Anti-abortion groups opposed the introduction of mifepristone in the US, and have argued that the current FDA guidelines are too lenient and insufficient to protect women’s health. But reproductive health groups and many doctors say the reverse is true.

A REMS is intended for drugs with serious safety concerns, and experts have long argued that it’s not necessary for mifepristone, which is just as safe as many drugs available by ordinary prescription from a pharmacy. In fact, Jane E. Henney, the commissioner of the FDA when mifepristone was first approved in 2000, wrote in the New England Journal of Medicine earlier this year that the REMS should be reevaluated.

“After nearly two decades of actual use, additional research, and a comprehensive review conducted by the National Academies of Science, Engineering, and Medicine (NASEM),” she and her co-author Helene D. Gayle wrote, “all of which clearly demonstrate that mifepristone is extremely safe and effective, we believe that the distribution restrictions may no longer be appropriate.”

The FDA has the power to change or remove the REMS without action by Congress, but it has shown no sign of doing so. Until it does, doctors may remain unwilling to stock mifepristone, generic or not.

In press materials announcing the introduction of the medication, GenBioPro expresses its commitment to abortion access: “We support the community of providers, patients, and advocates working to ensure universal access to quality, affordable reproductive health care for all.”

But a drug company can only do so much to challenge a system of laws and regulations that makes medication abortion harder to get than other medications of comparable safety. And for now, the history of mifepristone in America is as much about what hasn’t changed as what has.

Betsy DeVos’s reported guns-in-schools plan would make schools less safe
The coronavirus is changing how America drinks
Less than 1,000 mountain gorillas remain in the wild. What happens if they get Covid-19?
Jeff Bezos has a new venue for fighting critics: Amazon’s financial reports
ESPN’s The Last Dance, anime about bread baking, and 3 more TV shows we’ve been loving lately
Heat waves can be deadly for workers and will drain the US economy