An Arizona woman needed a drug to induce a miscarriage. Her pharmacist refused. 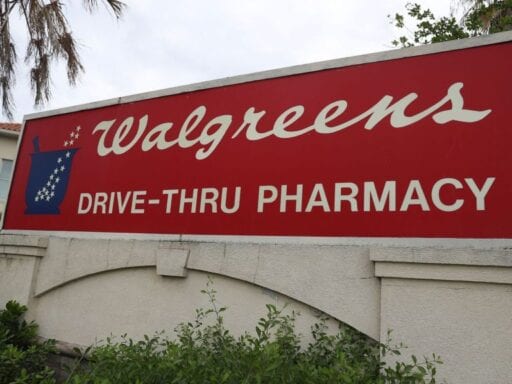 Arizona is one of a handful of states that lets pharmacists raise ethical objections to prescriptions.

An Arizona woman who was having a miscarriage said a pharmacist at a local Walgreens store refused to issue her a prescription on Saturday because of ethical objections — an incident that’s put a spotlight on pharmacists’ ability to refuse to serve patients.

The woman, Nicole Mone Arteaga, detailed the encounter in a Facebook post. Arteaga’s doctor had been monitoring her pregnancy and found her nine-week-old fetus had no heartbeat and that she would miscarry. Her doctor prescribed a medication: misoprostol, an FDA-approved drug that induces an abortion.

But Arteaga said when she went to pick up the medication, she was denied it because of the pharmacist’s “ethical beliefs.”

“I get it we all have our beliefs,” she wrote on Facebook. “But what he failed to understand is this isn’t the situation I had hoped for, this isn’t something I wanted. This is something I have zero control over. He has no idea what its [sic] like to want nothing more than to carry a child to full term and be unable to do so.”

Arizona is one of a handful of states with a law that allows pharmacists or pharmacies to object to filling particular prescriptions on religious or moral grounds. Arizona’s law, according to Kelli Garcia, director of reproductive justice at the National Women’s Law Center, is specific to emergency contraception, but also lacks affirmative protections for patients.

“That can lead patients vulnerable to these types of denials and refusals, and really left open to individual pharmacists who are deciding what kind of medical care someone can get,” Garcia said. “Or it can lead patients to open to having pharmacies overall making decisions about what kind of medical care, or if you can get the prescription your doctor has provided to you.”

Arteaga said she left “Walgreens in tears, ashamed and feeling humiliated by a man who knows nothing of my struggles but feels it is his right to deny medication prescribed to me by my doctor.”

She said later that she was eventually able to pick up the prescription at another Walgreens store, but she said she contacted Walgreens’s corporate office and filed a complaint with the Arizona Board of Pharmacy. (Arteaga did not return a request for comment.)

Moral and religious objections — especially when it comes to contraception or abortions — are not a new phenomenon. Laws such as these have existed almost since Roe v. Wade was decided in 1973, Garcia said. They became more common after the emergency contraceptive pill became widely available in the mid-2000s.

“It has definitely been the case that states and the federal government — especially under the current administration — have been looking to broaden and extending how existing rules apply,” Garcia said, “and trying to really push the limits and exceed the limits of what’s currently allowed under federal law.”

Some federal protections exist for health care workers who refuse to participate in some procedures, including abortion, due to their religious or moral beliefs. In January, the Trump administration announced a new office that would protect doctors and nurses who object to procedures on religious and moral grounds — a major victory for the religious right, especially anti-abortion groups.

Bill Barr and Elizabeth Warren find a common enemy: Google
Jared Kushner, Peter Navarro, and our epidemic of overconfidence
What to expect at the Nevada Democratic debate
Greta Thunberg is sailing to the next big climate event in Spain
The past 24 hours in Trump impeachment inquiry news, explained
7 big cases the Supreme Court will hear in its new term, explained