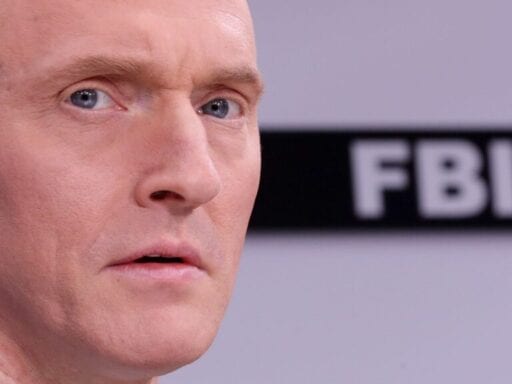 The document related to surveillance of Carter Page — but the IG reportedly still concluded the surveillance was justified.

The Department of Justice’s watchdog is expected to release the long-awaited review of the FBI’s investigation into the Trump campaign next month. And now, the public has a little preview of what might be inside — and just how contentious this report might end up being.

CNN reported Thursday night (and the Washington Post later confirmed) that Inspector General Michael Horowitz has found that a former FBI lawyer might have altered a document tied to the 2016 Foreign Intelligence Surveillance Act (FISA) application for former Trump campaign aide Carter Page. Critically, according to US officials who spoke to the Post, the Inspector General did not find that this possible alteration affected “the overall validity” or legal basis for the surveillance application.

Without seeing the report — which finally has a due date of December 9 — it’s hard to gauge exactly how significant this alleged alteration is, but Horowitz has reportedly referred this evidence to John Durham, the prosecutor appointed by Attorney General William Barr to separately review the 2016 Russia investigation. Durham’s inquiry has since expanded to become a criminal probe.

In March 2018, Inspector General Horowitz announced that, at the request of then Attorney General Jeff Sessions and members of Congress, he was reviewing whether the FBI and the Department of Justice acted properly in seeking the FISA warrant against Page, along with other elements of the FBI’s probe into the Trump campaign and Russian interference in the 2016 election. In May 2019, Barr ordered a separate review of the Russia probe, tapping Durham to lead the inquiry, which the attorney general is closely overseeing.

Trump allies and critics of the Russia investigation — which Special Counsel Robert Mueller took over in 2017 — have long demanded an “investigation into the investigators,” claiming that federal law enforcement overreached when it opened its probe in 2016 into the Trump campaign. There’s a tangled web of theories that claim the FBI and Department of Justice were biased against Trump, and acted unlawfully to deter his presidency. Barr himself has given credence to some of these allegations.

Central to this allegation is the so-called Steele dossier, a lengthy report compiled by former MI6 agent Christopher Steele, who was commissioned by an opposition research firm paid for by the Clinton campaign. Steele’s dossier contained explosive allegations (“pee tape,” etc.) that candidate Trump was compromised by Russian assets, none of which the Mueller investigation was able to confirm. Republicans have been arguing for years now that US intelligence inappropriately relied on this “phony” dossier to conduct further, official, investigations.

That includes using the dossier to obtain a FISA warrant for Carter Page, a former Trump campaign aide with Russia contacts. Though the dossier wasn’t relied on exclusively, Republicans believe the FBI inappropriately used the dossier to compile the FISA application, which meant the surveillance of Page was improperly authorized, and potentially politically motivated.

The most vocal of Trump critics allege a coordinated plot within federal law enforcement — the “deep state” against the president. So, the report that an FBI lawyer is under investigation for falsifying a document related to this FISA application undoubtedly gives fodder to right-wing critics who say they called it all along. According to the Post:

Horowitz found that the employee erroneously indicated he had documentation to back up a claim he had made in discussions with the Justice Department about the factual basis for the application. He then altered an email to back up that erroneous claim, they said.

Of course, this reportedly didn’t affect the overall legitimacy of the FISA application, at least according to those familiar with Horowitz’s report.

What seems most likely is Horowitz’s report will find errors and missteps in the way the FBI and DOJ — or at least a handful of officials at those agencies — handled the 2016 investigation, and that is what some witnesses who’ve been interviewed by the IG’s office have told CNN. But it’s not clear whether any of the misconduct will undermine the entire basis for the FBI’s investigation.

Mueller ultimately did not find a criminal conspiracy between the Trump campaign and Russian officials, and he did not come to a conclusion on whether Trump obstructed justice. But Mueller, backed up by US intelligence agencies, did conclude that Russia interfered in the 2016 election.

Yet, as the Mueller probe and now the impeachment inquiry over the Ukraine scandal has shown, the hyper-partisanship surrounding these investigations means it’s likely both Democrats and Republicans see what they want to see in Horowitz’s conclusions.

President Trump himself hyped the Inspector General’s report on a wild phone-in interview on Fox & Friends Friday morning. “You have a FISA report coming out, and which the word is, it’s historic,” Trump told the hosts. “That’s what the word is, that’s what I hear. And if it’s historic you’re going to see something.”

Trump, to Fox & Friends, on Barr DOJ’s probe of Russia investigation: “What you’re going to see, I predict, will be perhaps the biggest scandal in the history of our country…I could get very much involved, but I don’t…I don’t have any obligation legally to [not get involved]” pic.twitter.com/t8OiTQzEa7

“And perhaps even more importantly you have Durham coming out shortly thereafter, he’s the US Attorney and he’s already announced that it’s criminal,” Trump added, though Durham himself hasn’t actually announced that.

The GOP-led Senate Judiciary Committee has scheduled a hearing for December 11 to have Horowitz testify about his findings before lawmakers.

Horowitz has served as the DOJ’s Inspector General since 2012, and as Vox’s Andrew Prokop writes, he’s seen as a “a vigorous investigator who takes his job quite seriously — “straight shooter” is one of the most common phrases used to describe him.” The IG has a lot of powers, including to subpoena documents and witnesses, but he can’t charge people with crimes or even discipline individuals — though he can make recommendations to prosecutors, and may have already done so to Durham.

The IG has published a few high-profile reports tangentially related to the Russia probe, including an August 2019 report that concluded former FBI director James Comey had set a “dangerous example” when he leaked his memos about President Trump to the New York Times in 2017, with the goal of prompting the appointment of a special counsel in the Russia investigation, which happened.

Horowitz also released a June 2018 report on the Hillary Clinton email investigation, where he found little evidence that political bias affected the investigation — though he dinged Peter Strzok, the FBI agent who sent anti-Trump text messages, for acting in a way that created the “appearance” of political bias (though without concluding that it affected Strzok’s actions) and Comey for making a public statement in July 2016 about declining to charge Clinton, and his notification to Congress in October 2016 — just days before the 2016 election — about the discovery of new emails.

Ultimately, the public will have to wait until December 9 to see whether the IG report will be “historic” or a more complicated and complex document that uncovers mistakes and/or potentially deliberate misdeeds. It appears, given previous reports that say the FBI was acting in good faith, these acts likely won’t alter the overall justification and legitimacy of the Russia probe. But we just don’t know the final conclusions yet.

Either way, the Inspector General’s report will probably not be the final word on the Russia investigation. Durham’s review, which is separate, is expected to continue even after the IG’s conclusions are made public, though Durham may pursue any potential criminal referrals the Inspector General makes.

If the Inspector General does find wrongdoing — even if it doesn’t undermine the legitimacy of the Russia probe — Trump’s defenders will likely see this as vindication of the deep state narrative to oust the president. And no better time to seize on that than when the House of Representatives begins the next stage of its impeachment inquiry.

DOJ asks Congress for broad new powers amid Covid-19. Schumer says, “Hell no.”
We’re barely using the best tool we have to fight obesity
Donald Trump’s long history of racism, from the 1970s to 2020
Why Kavanaugh’s accusers can’t remember everything
Trump just contradicted America’s spy chief over Russia — again
How the Sears catalog transformed shopping under Jim Crow, explained by a historian