An outbreak of acute flaccid myelitis, the polio-like illness, is affecting kids 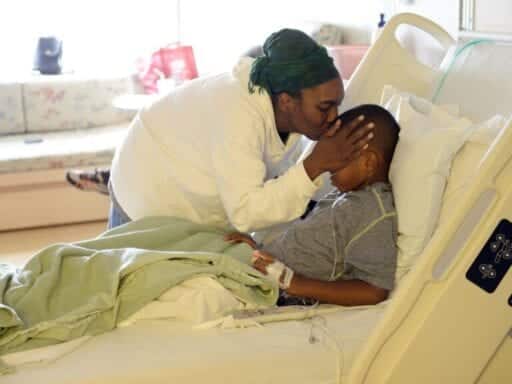 127 people are believed to be sick with the illness, and their average age is 4.

Federal health officials this week warned of a small surge in cases of a rare and mysterious polio-like condition affecting mainly children across the US.

The condition, called acute flaccid myelitis or AFM, has so far sickened 127 people, according to the Centers for Disease Control and Prevention. Of these cases, 62 have been confirmed in 22 states — and there appears to be no geographic clusters in the outbreak so far.

Since the CDC began tracking AFM in 2014, they’ve detected between 22 and 149 cases every year. But this year’s AFM outbreak is notable because there are 127 suspected cases so far — and we still have two-and-a-half months to go. The current number is also significantly higher than the 33 cases confirmed last year, and the CDC hasn’t been able to figure out what’s driving the uptick.

AFM affects the nervous system — specifically, the area of the spinal cord called gray matter — and causes muscle weakness and paralysis in the arms and legs. Sometimes these symptoms are temporary, sometimes they persist, and doctors don’t understand why or who is most at risk.

The condition can be brought on by viruses, including the enterovirus and West Nile, as well as environmental toxins, explained Dr. Nancy Messonnier, CDC’s National Center for Immunization and Respiratory Diseases, in a press briefing Tuesday. So people may become infected with these viruses or exposed to certain toxins, then experience the polio-like symptoms of AFM.

“We understand that people particularly parents are concerned about AFM,” she said. “I am frustrated that despite all of our efforts we haven’t been able to identify the cause of this mystery illness.”

That’s just one of the mysteries surrounding this year’s increase in cases. Here’s what we know and don’t know so far.