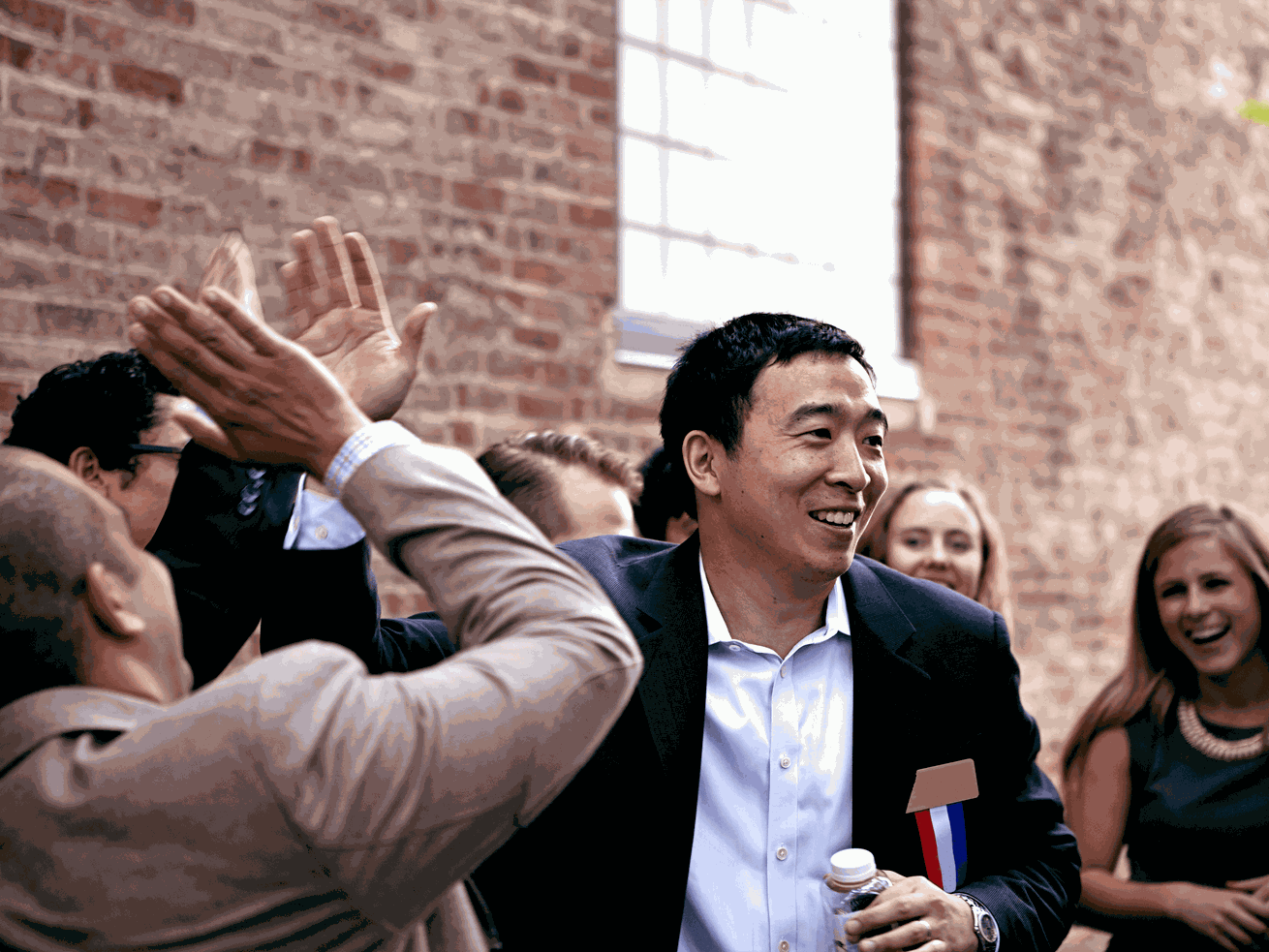 The 2020 presidential candidate shares his vision for the future of work on the Ezra Klein Show.

When Andrew Yang founded Venture for America, a training and fellowship program for recent graduates looking to work in startups, he had a hopeful view of the economy. As Ezra Klein points out on the most recent episode of The Ezra Klein Show, that view has darkened.

Yang sees a jobless world on the horizon, with automation and AI replacing human workers. He argues in his book The War on Normal People that a universal basic income (UBI) is the best way to ensure a future of “human capitalism,” in which people are valued over dollars. It’s also the core tenet of his 2020 presidential campaign.

In this conversation, Yang elaborates on his campaign platform which includes a UBI, Medicare-for-all, and a value-added tax to pay for it. He also discusses the unfair ways in which certain kinds of work are rewarded over others, why a UBI isn’t as radical an idea as people think, and how the government ignoring big problems in the economy led to the rise of Donald Trump.

Yang’s book recommendations are all for books that he read very recently, and they all touch on topics discussed on the podcast. If you’re interested in learning more about the future of the economy, this is a great place to start.

1) Give People Money: How a Universal Basic Income Would End Poverty, Revolutionize Work, and Remake the World by Annie Lowrey

Annie Lowrey is a journalist covering economic policy at The Atlantic. She also happens to be married to Ezra Klein, but he promises he didn’t push for her book to be included. Yang says that he recommended Give People Money because it “did a fantastic job of talking about UBI around the world … [and] presents a beautiful vision that I’ve committed myself wholeheartedly to making a reality here in the US.”

In AI Superpowers, the former head of Google China and expert on artificial intelligence predicts that advancements in AI are going to quickly make irrelevant large swaths of the American workforce. “He’s in the Andrew Yang camp of ‘This is going to get very, very bad and very hairy and very scary pretty quickly,’” according to Yang.

3) Squeezed: Why Our Families Can’t Afford America by Alissa Quart

The latest book by New York Times bestselling author Alissa Quart argues that American has failed its middle class and suggests real policy solutions to fix it. Yang couldn’t resist going into full candidate mode when describing Quart’s thesis. “Americans can’t afford America anymore, which is something that I agree with wholeheartedly. … [It’s] why I think we need to give Americans a raise and the most direct way to make that happen is through UBI.”

How Juul made nicotine go viral
How to stop the next falling space rocket
Why Congress’s antitrust investigation should make Big Tech nervous
The US needs a 9/11 Commission for the coronavirus
How Gideon the Ninth author Tamsyn Muir queers the space opera
The House just passed a $1.4 trillion spending deal — taking a major step to avoid a government shut...