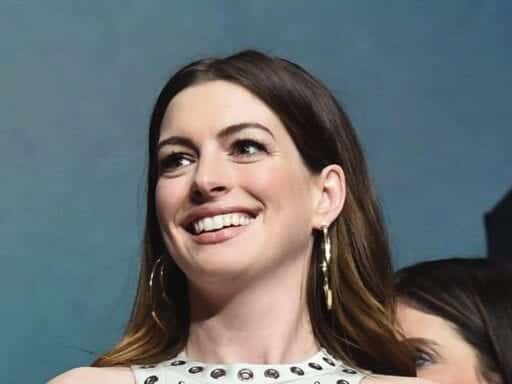 “White people DO NOT have equivalence for this fear of violence.”

Actor Anne Hathaway has some thoughts about the murder of Nia Wilson — and they’re pretty on-point.

Wilson, a black 18-year-old, was murdered last weekend at a Bay Area Rapid Transit (BART) station in Oakland, California, after a man suddenly approached her and, with seemingly no provocation, stabbed her in the neck. Police have arrested John Lee Cowell, a 27-year-old with a lengthy criminal record and a history of mental health issues, for the murder.

But before the arrest, the murder sparked protests and activism in real life and social media, as people feared that police would once again neglect the murder of a black person in America. After protests in Oakland on Monday, police arrested Cowell later in the day.

On Wednesday, Hathaway spoke to the protesters’ concerns on Instagram. She wrote:

The murder of Nia Wilson- may she rest in the power and peace she was denied here- is unspeakable AND MUST NOT be met with silence. She is not a hash tag; she was a black woman and she was murdered in cold blood by a white man.

White people- including me, including you- must take into the marrow of our privileged bones the truth that ALL black people fear for their lives DAILY in America and have done so for GENERATIONS. White people DO NOT have equivalence for this fear of violence. Given those givens, we must ask our (white)selves- how “decent” are we really? Not in our intent, but in our actions? In our lack of action? Peace and prayers and JUSTICE for Nia and the Wilson family xx

People on social media quickly praised Hathaway. By using her platform to bring attention to the murder, Hathaway is helping address the problem many activists are focused on: that homicides with black victims often are neglected by the police and US society as a whole.

Black Americans are both overpoliced and underpoliced

Wesley Lowery, Kimbriell Kelly, and Steven Rich recently reported for the Washington Post, based on an analysis of killings over the past decade in 52 of the US’s largest cities: “Black victims, who accounted for the majority of homicides, were the least likely of any racial group to have their killings result in an arrest, The Post found. While police arrested someone in 63 percent of the killings of white victims, they did so in just 47 percent of those with black victims.”

The result is less trust in the police. This is on top of the distrust fostered by what many minority communities see as a mix of abuse and harassment — the police shootings in which black people are disproportionately the victim, the police stops over petty crimes and drugs, the US Department of Justice reports showing that police officers often see people in minority communities as “subhuman,” and so on.

Journalist Jill Leovy explained in her award-winning book Ghettoside: “Like the schoolyard bully, our criminal justice system harasses people on small pretexts but is exposed as a coward before murder. It hauls masses of black men through its machinery but fails to protect them from bodily injury and death. It is at once oppressive and inadequate.”

In the case of Wilson’s death, the distrust led to protests. But this distrust has other, bigger consequences — helping explain the higher rates of violence in black communities, with, for example, black victims making up more than half of murders in the US in 2016 even as black people generally made up roughly 13 percent of the US population.

This is a reflection of a concept known as “legal cynicism”: When people don’t trust the law, they’re more likely to take the law into their own hands — and that can lead to violence. If someone thinks his family is under imminent threat but doesn’t trust the police to protect them, then maybe he’ll take preemptive, perhaps deadly action on his own.

Or, as Leovy put it in Ghettoside, “Take a bunch of teenage boys from the whitest, safest suburb in America and plunk them down in a place where their friends are murdered and they are constantly attacked and threatened. Signal that no one cares, and fail to solve murders. Limit their options for escape. Then see what happens.”

This is part of the context around why a lot of people were skeptical that Wilson’s killer would be caught if protests didn’t draw more public attention to the case. And it’s why even after Wilson’s alleged killer was arrested, well-known celebrities continue to bring attention to the killing. For too long in America, this kind of activism has felt needed for black murder victims.

For more on the murder of Nia Wilson, read Vox’s explainer.

How one hit song won The Weeknd a Super Bowl halftime show
Trump’s deployment of federal agents in Portland is exactly how not to police protests
If our governments won’t stop climate change, should we revolt? Extinction Rebellion says yes.
How Netflix’s Unbelievable turns a true story about rape into a must-watch TV
Joe Biden’s health care plan, explained in 800 words
2 primary races to watch in Indiana