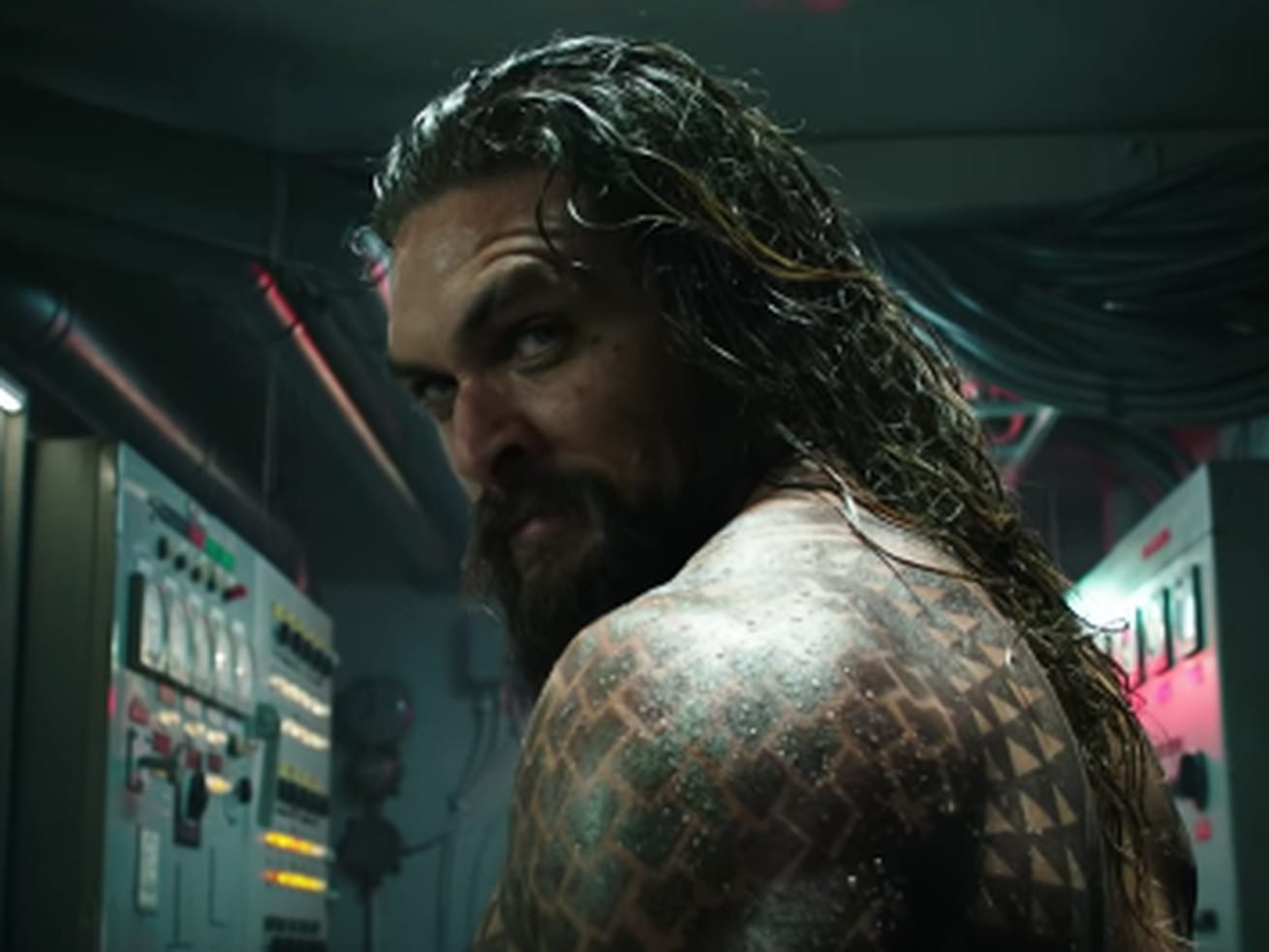 There’s a war, and Jason Momoa’s Aquaman is the only thing that stands in the way of Earth becoming a water world.

The king of the seas has arrived: Warner Bros. has released the first trailer for Aquaman, the Jason Momoa-led aquatic solo superhero movie.

The trailer showcases Momoa as reluctant hero Aquaman, Amber Heard reprising her role as Mera, and the main conflict of the movie: Aquaman’s half brother has assumed the throne of Atlantis, and the only thing standing in the way of Earth becoming an (under)water world is Aquaman. There’s a gladiator type fight, young Aquaman talking to sharks, flowy hair and, a spirit of silliness. After all, we are dealing with a superhero who can psionically communicate with fish.

The trailer is the first look at Momoa as Arthur Curry a.k.a. Aquaman since 2017’s Justice League. That film, save a few moments, was largely a mess and under-performed at the box office. But Momoa’s Aquaman, despite being handcuffed by some questionable scenes and lines, was one of the better things about it.

Directed by James Wan, Aquaman will function as an origin story for Curry, showing audiences how this hero learns that he’s part of the Atlantean royal family, and then comes to terms with his duty to protect the world. Given Wan’s track record — Saw, Insidious, The Conjuring, Furious 7 — there’s a sense (and if you’re a Warner Bros. executive, a hope) that he could give Momoa and Aquaman the perfect platform to shine. The best-case scenario for fans and everyone involved would be an Aquaman that’s not only a breakout hit, but also a great movie, like Patty Jenkins and Gal Gadot’s Wonder Woman.

Trump broke the press. Here’s how to fix it.

Factory farms are an ideal breeding ground for the next pandemic