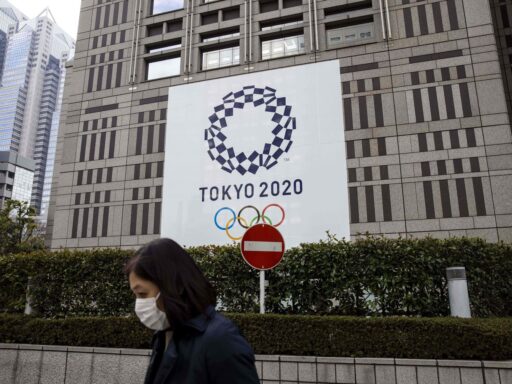 For now, yes. But the how is a lot less certain.

That was the plan, after the International Olympic Committee and Japan, the host country, postponed the games last March because of the pandemic. But with the coronavirus still raging in many parts of the world, and the reality that the global vaccination campaign will take time, the question of whether it’s possible to safely hold the Olympics this year is reemerging.

A report in the Times of London set off the latest debate, with an unnamed senior member of Japan’s ruling coalition saying that the Japanese government had privately concluded the games will have to be canceled. “No one wants to be the first to say so but the consensus is that it’s too difficult,” the source said, per the Times. “Personally, I don’t think it’s going to happen.”

But Olympic and Japanese officials quickly denied those reports, insisting the games are still on.

The Japanese government called the reports “categorically untrue.” “I am determined to realize a safe and secure Tokyo Games as proof that mankind will have overcome the virus,” Prime Minister Suga Yoshihide told his country’s Parliament on Friday, according to the Washington Post.

The International Olympic Committee echoed Suga. “All parties involved are working together to prepare for a successful Games this summer,” the IOC said in a statement.

Thomas Bach, the head of the IOC, told Japan’s Kyodo News that his committee is determined to have the Olympics go on as scheduled, beginning July 23. “This is why there is no plan B and this is why we are fully committed to make these games safe and successful,” he said.

The Olympic Games debate is far from settled

This is just the beginning of an intense back-and-forth about the 2020, or 2021, Olympics.

The games were postponed in late March as the impossibility of holding a mass gathering that summer sank in. Lockdowns in countries around the world closed down training facilities and interrupted qualifying events, making athletes stressed and uncertain about the possibility of competition.

A lot has changed in a year. Scientists and public health officials better understand the coronavirus — and have a better sense of how to contain it. Yet even countries that have done better than others at controlling the pandemic continue to face dangerous flare-ups, Japan among them. Tokyo is under a state of emergency as it deals with its latest, and deadliest, pandemic wave.

Mary E. Wilson, a clinical professor at the University of California San Francisco and visiting professor at Harvard University, told me in March that the Olympics are basically the “ideal setting” for something like the coronavirus to spread.

“Even if things are under control in many places, bringing people together for the Olympic Games could help reignite infection in multiple other ways,” Wilson said.

The arrival of multiple vaccines offers a way out of all this, but the operational and logistical challenges of the global immunization campaign mean that, realistically, the world isn’t emerging from the pandemic anytime soon.

Japan, the Olympics host, has 127 million of its citizens to vaccinate; as the Associated Press reports, getting shots in everyone’s arms might be the only way to really safely host the games. But vaccinations haven’t begun yet, and won’t until late February.

Add to this the appearance of new variants of the coronavirus, which appear to be more contagious. There’s also still a question of how they will interact with new vaccines.

Though July is still months away, the Olympics are not exactly an easy operation to pull off at the last minute. Last year, some athletes criticized the IOC for insisting the games would go ahead, which seemed to many to be completely disconnected from what was happening around the world. And that uncertainty — should they try to train, or not train? — added to the frustration.

Finally, the Olympic Committees for individual countries began to pull their athletes out of the games, giving the IOC no choice but to make the decision to postpone the games. This time around, no country has yet announced it is pulling its athletes, but some leaders, including Australian Prime Minister Scott Morrison, have expressed doubts about Japan’s ability to execute the event.

The United States Olympic & Paralympic Committee said in a statement that it had not received any news “suggesting the Games will not happen as planned, and our focus remains on the health and preparedness of Team USA athletes ahead of the Games this summer.”

And sports have resumed in many parts of the world, though some more safely than others. International athletic competition has resumed — without fans and with other restrictions — though nothing quite on the scale of the Olympics. And even then, Covid-19 usually manages to creep in.

The Australian Open tennis tournament, which officially begins next month in Melbourne, chartered flights for players and their entourages, who come from all over the world, and then required players to quarantine upon arrival. Some ended up having to face longer isolation periods because — you guessed it — some of the people on those chartered flights tested positive for Covid-19. At least one player then did as well.

Australia is allowing some fans at the Open this year, with restrictions. But Melbourne has also stamped out Covid-19 through some of the toughest restrictions in the world.

When it comes to the Olympics, postponement doesn’t seem to be an option this time around, which means it’s much more likely that if the relevant parties do finally decide it’s too risky to hold the games in July, the 2020 Games could be canceled for good. That’s only happened a few times before — in 1916, 1940, and 1944, all because of world wars.

Japan spent approximately $25 billion to organize the Olympics. Even if the country is able to host the games in the near future (the sites are already set for 2024, in Paris, and 2028, in Los Angeles), a cancellation would almost certainly mean Japan would take a financial hit.

Athletes, some of whom get just one or two shots at the Olympics in their entire career, might not get another chance to compete if the 2020 Games are canceled. Simone Biles, a member of USA Gymnastics and the most decorated gymnast ever, told NBC News Friday that she hopes the Olympics can still go on, even if they’re in a bubble — a reference to the NBA’s strategy of isolating and testing athletes and coaching staff, who played games in an empty arena.

“Whatever they say they want us to do, I’m in 100%, because I’ve been training so hard, and I’ve just been so ready,” Biles said.

There’s a lot riding on these Olympic Games — for the athletes, for Japan, and, in some ways, for the world itself. Yes, it’s a bit cheesy, but as I wrote last March, the Olympics might be exactly what the world needs as it emerges, hopefully, from a pandemic. Olympic ideals — fair competition, solidarity, goodwill — may be the antidote to a world that feels as if it’s falling apart, even if the games can’t happen this summer.

More than a year into the pandemic, that feels truer than ever.