Are we really in for a summer of love? A post-vaccine dating investigation. 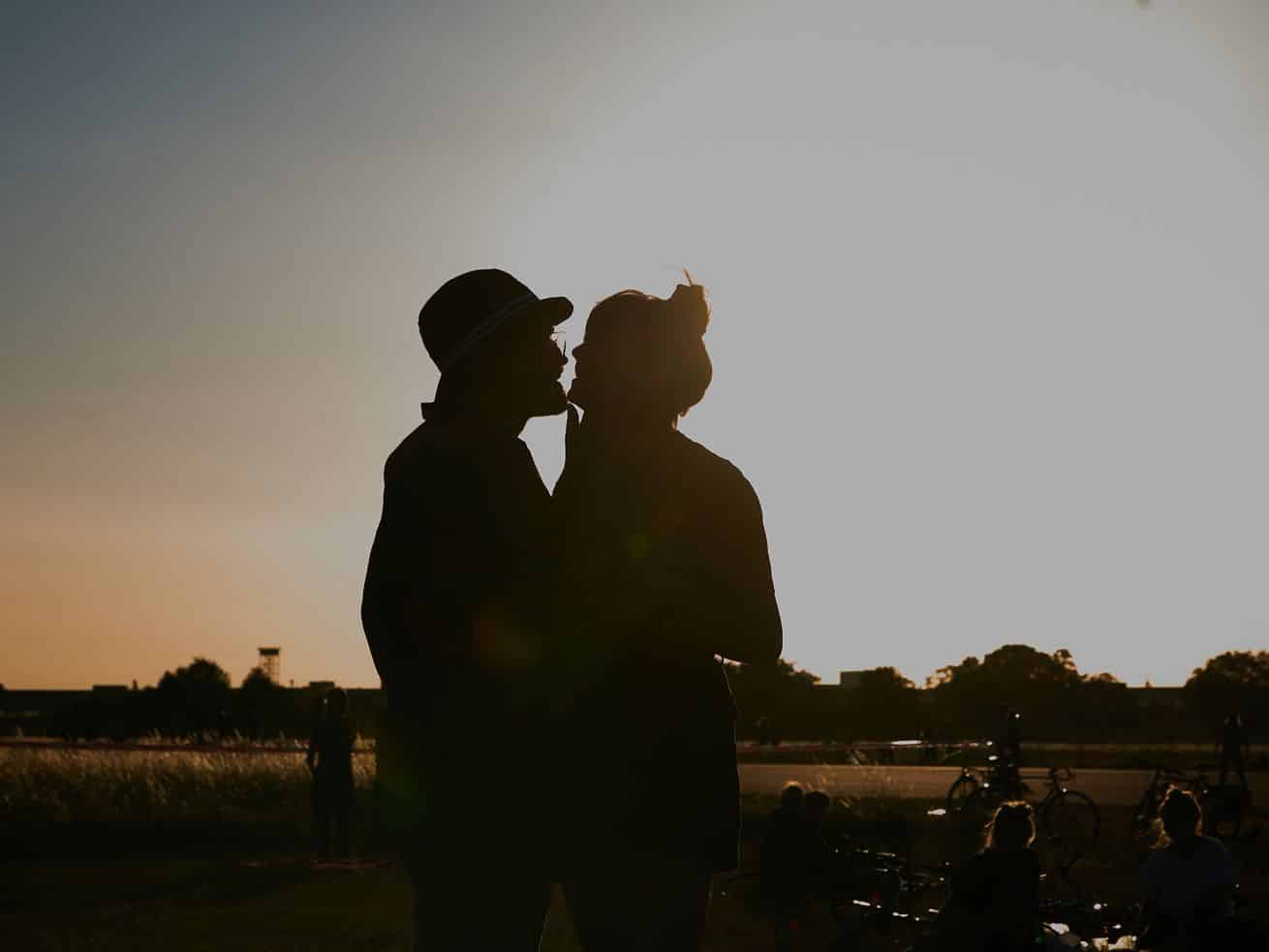 “I’m excited to go a bit buck wild and feel so much safer,” says Elena, a recently vaccinated college student. “Just go on a lot of dates, make out with some guys, nothing serious.”

The 20-year-old Salt Lake City resident, who asked that her last name be withheld to protect her privacy, is ready to make up for lost time in her romantic life. She did some app dating during the pandemic, but Covid-19 was a constant presence, with several of her dates later telling her they’d been exposed (though she never caught the coronavirus). During quarantine, Elena spent time rehashing missed chances in her love life. “I was just thinking, ‘When I’m out of this, I’m going to make the most of every opportunity,’” she says.

In Manhattan, Marc Hernandez, a bartender at the cocktail bar Ampersand, says that even at 50 percent capacity, the scene — “which has always been one for first dates” — is already feeling like its pre-Covid days. “That gets me thinking that the summer is going to be a little wild,” he says.

“When I’m out of this, I’m going to make the most of every opportunity”

“Shot girl summer.” “Vaxxed and waxed.” The “whoring 20s.” As the US becomes increasingly inoculated and the weather continues to warm, the number of Americans who are ready to date is on the rise: A Morning Consult survey for the week ending April 25 found that 53 percent of adults feel “comfortable” dating right now, up 9 percent from the last week in March (although women still feel less comfortable than men). Everyone from Andrew Yang to the bidet company Tushy — which is maintaining a herd-immunity countdown clock at CanIEatAssYet.com — are building anticipation for a hedonistic release of pent-up sexual energy.

According to psychologist Amanda Gesselman, associate director for research at Indiana University’s Kinsey Institute, the pandemic has motivated American singles to look for partners rather than casual sex. While “there will [certainly] be people having the time of their lives” when it’s safe to do so, Gesselman says, “we actually found that people are less interested in no-strings-attached sex than they used to be.” In a recent Kinsey Institute study on post-pandemic sex (conducted in partnership with Cosmopolitan and Esquire), which surveyed 2,000 Americans between the ages of 18 and 45, more than half — 52 percent — of singles said they want to find a committed relationship post-pandemic, while about only one in 10 said they’re looking for no-strings-attached sex.

“That was a bit lower than we expected, considering everyone’s locked up and has been for a year,” Gesselman says. That said, as most people have spent more than a year worrying about infection and thinking about how to protect themselves from germs, she reasons the mindset “might be extending to sex with unfamiliar partners.”

Ilana Dunn, co-host of the dating podcast Seeing Other People, says she’s been hearing similar feedback from listeners and friends. “Everyone’s like, ‘Yeah, of course, I’m going to get really drunk and go wild for like, a week. Because we need to do that. But my goal is to find someone.’” In an Instagram poll that received more than 1,000 responses, Dunn says she was surprised to see 88 percent say that as people get vaccinated and the world opens up, they feel more inclined to look for something serious, while 52 percent said they’ll be open to hookups once they’re vaccinated.

Gesselman believes the pandemic has pushed many people to be more introspective about what they want in their lives, particularly younger adults. “When you’re in your mid-20s and you have your entire future ahead of you, and then you just sat through an entire year of social isolation and halted progress, it really makes you think about the things you want in your life,” she says. “I think a lot of people are thinking more towards what would make their future the best rather than what would be good short-term gratification.”

Meanwhile, condom companies are cautiously hopeful demand for their products will continue to grow along with the vaccinated portion of the US population. Male contraceptives saw a 2.5 percent uptick in sales at the beginning of April, according to Ken DeBaene, LifeStyles’ vice president of sales in the Americas, who says he’s “optimistic this is a return to more normalized consumption levels.” (Between late March and mid-April, the sexual wellness industry overall saw a 4 percent sales bump.) LifeStyles is looking at returns to employment in the hospitality and service industries, as well as colleges’ fall opening plans, to help anticipate demand, DeBaene added.

Many people are also searching for a historical precedent that can shed light on what awaits us in the post-Covid recovery period, from the Roaring ’20s — when the nation indulged after the ravages of World War I and the 1918 pandemic — to 1967’s Summer of Love, when tens of thousands of young people gathered in San Francisco to listen to rock ’n’ roll, experiment with sex and drugs, and protest the Vietnam War.

“If you look at the middle to late 1960s as an opening up after a period of considerable repression in the ’50s, I think the parallel is not unreasonable,” says historian Dennis McNally, who also worked as a publicist for the Grateful Dead. However, he points to the FDA’s 1960 approval of the first birth control pill as a key influence in the sexual liberation movement that climaxed that summer. Even after seeing the hordes of spring breakers that descended upon Miami in March, before vaccines were widely available to younger adults, McNally isn’t convinced the vigilant “pandemic safety” mindset will be banished with vaccines. “The message of all of this is that reality is dangerous, which is a very repressive lesson, and it’s going to take a while, I think, to unlearn that lesson and be able to go out and relax,” he says.

As for the Roaring ’20s comparison often attributed to social epidemiologist Dr. Nicholas Christakis, the timeline he’s laid out doesn’t predict a pendulum swing away from the risk aversion of the present moment until 2024, when vaccines will have been distributed around the world and there’s been more of a recovery from some of the pandemic’s economic devastation. He sees this summer as having the potential to offer “a taste of the past and a hope for the future,” Christakis recently told NPR.

Gesselman and Dunn also cite lingering pandemic-induced social anxiety as another obstacle to a bacchanal this summer. “A lot of people didn’t date last year, and I keep hearing from our listeners that people go on a date and nobody knows how to talk about anything besides Covid, and it’s not leading to good date conversations,” Dunn says. And in Gesselman’s research, one of the top fears respondents have cited is not having the ability to protect their own mental health as they reemerge from quarantine. “It seems like people’s biggest concern is when life opens back up and they’re finally able to pursue these connections, ‘What if I get rejected or things go wrong? What happens if disappointment strikes?’” Gesselman says.

Elena, the college student who’s excited to get back to more carefree dating, is also wary of the expectations she and many of her peers are putting on this post-vaccine summer. “I do think people have very, very high expectations, because you kind of need to live your entire life that’s been put on hold for the past year all in this summer, and if they’re not met it’s going to be tough,” she says. “But I think for the most part, people are really down to do anything.”

Isabel Wilkerson wants to change how we understand race in America
26 million US unemployed, 265 million worldwide at risk of hunger: Thursday’s coronavirus news
The past 72 hours of Brexit ridiculousness, explained
Brands are getting more “woke.” Who actually benefits?
The Vox Book Club kicks off our June discussion of The Princess Bride
Sharp Objects’ shocking credits scenes — and what they reveal about the killer — explained