Are you supposed to tip your Uber driver? 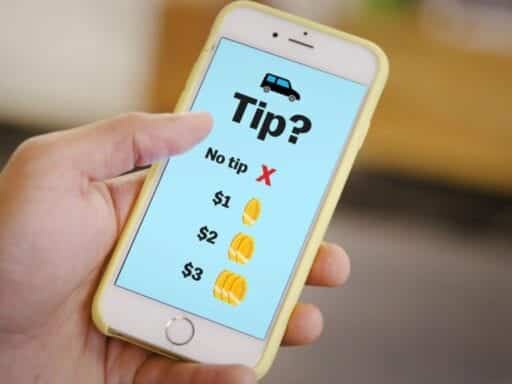 How Uber made ride-hail tipping so confusing.

If you’ve ever felt unsure about how much to tip your driver on apps like Uber or Lyft, you’re not alone. There’s a lot of confusion around tipping etiquette on app-based rides. And only about 35 percent of riders report always tipping their driver. A lot of our tipping behavior on app-based rides can be traced back to Uber’s beginnings.

Even though Uber wasn’t the first ride-hailing app, it grew the most quickly and became synonymous with ride-hailing itself. As the dominant app in the market, Uber established a lot of what’s right and wrong around how we use ride-hailing services — including the forgoing of tips.

At first, the lack of tips didn’t have a huge effect on an Uber driver’s pay. When the app first entered the market in San Francisco in 2009, its fares were set higher than local cabs. But as Uber expanded its services and faced competitors, pay for app-based drivers has been dropping. And the no-tip culture set by Uber has become more of a source of contention for drivers in the industry.

Trump’s agreements in Central America could dismantle the asylum system as we know it
Kyrgyzstan’s political crisis, explained
Can Captain America serve two dramatically different versions of America?
What’s really going on with the Lincoln Project, the anti-Trump PAC that’s pissing off lots of peopl...
Online shopping has boomed in the pandemic. But what about all the packaging?
This September, the Vox Book Club is reading Elif Batuman’s The Idiot