Arthur Brooks recommends 3 books that challenged him to be better 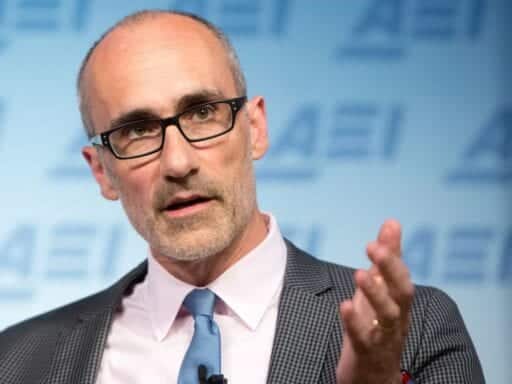 The president of the American Enterprise Institute appeared on The Ezra Klein Show to talk about how to disagree well.

Arthur Brooks is the president of the American Enterprise Institute, a conservative think tank on public policy. As one might imagine, he and Ezra Klein disagree often; however, they also have a lot in common — both are writers, both are leaving or have left management positions at their respective companies, and both, as of last week, have eponymous podcasts on the Vox Media Podcast Network. On this week’s episode of The Ezra Klein Show, the two discuss how people of opposing ideologies can disagree better. The key, says Brooks, is to remove contempt from the argument.

In keeping with the theme of the conversation, when asking for book recommendations, Klein specifically asks for books that Brooks has read and disagreed with. He amends it to books that challenged him when Brooks says that many of the books he reads for leisure, i.e., not books on policy, challenge him to “be morally improved.”

1) Zen in the Art of Archery by Eugen Herrigel

The popular Zen and the Art of Motorcycle Maintenance is based on this book by a German academic who went to Tokyo to study Zen Buddhism. He was told he had to study “a thing,” so he chose archery. Brooks read the book once before, at age 20, and says he understood none of it. Now, at 54, he says he understood about 15 percent. He jokes that he plans to return to it at 90 to see what he gets from it then.

2) The Unpersuadables by Will Storr

In The Unpersuadables: Adventures With the Enemies of Science, an Australian journalist visits communities of people that can’t be persuaded by facts — anti-vaxxers, creationists, Holocaust deniers — and tries to understand why they think the way they do. Brooks found it challenging because it made him wonder where in his ideology he’s an unpersuadable. In fact, that’s one of the reasons he reads Vox. “As a policy guy,” he says, “if I’m wrong, I should want to know first.”

3) The Consolations of Mortality by Andrew Stark

The Consolations of Mortality: Making Sense of Death by University of Toronto psychologist Andrew Stark explores what consolation death might bring to us as mortal human beings. To a practicing Catholic like Brooks, “it’s an easy question … a one-word answer.” The book was written, however, with those who don’t believe in an afterlife in mind.

You can listen to the full conversation with Arthur Brooks on The Ezra Klein Show by subscribing on Apple Podcasts or wherever you get your podcasts, or by streaming the episode here:

How affluent people can end their mindless overconsumption
FEMA’s top HR official allegedly hired women as sexual partners for male employees
You, now streaming on Netflix, tilts the rom-com into postmodern horror
Not everyone is laying off workers because of coronavirus. These are the most in-demand jobs right n...
Why Trump’s release of the Ukraine call transcript could hurt US foreign policy
“A Juneteenth like no other”: Juneteenth celebrations take on a special meaning this year