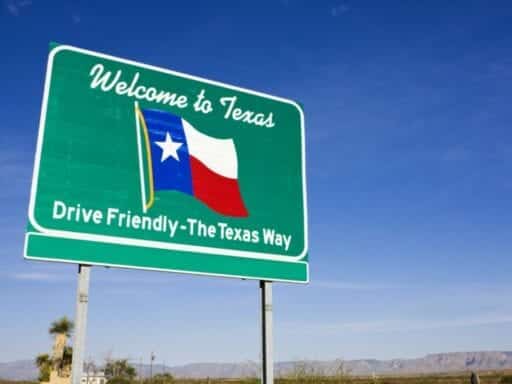 Time is marching on.

While Washington was watching Senate testimony by Supreme Court nominee Brett Kavanaugh and Christine Blasey Ford, a woman who has accused him of sexual assault, which Kavanaugh denies, I had a whirlwind 24 hours in Austin, Texas, where a number of people asked me about the housing situation. The basic policy issue there isn’t that unusual, but the local, quasi-NIMBY slogan “keep Austin weird” is a good illustration of the mix of small-c conservatism and utopianism that often drives bad housing policy.

After all, you need to ask how Austin got so “weird” in the first place. And the answer is basically that high oil prices plus savings and loan deregulation created an anomalous construction boom/bust cycle in the 1980s that left Texas oversupplied with housing. But because Austin’s economic drivers are the university and state government, the local economy didn’t really collapse.

So Austin found itself with both a major university and houses that were anomalously cheap relative to the local job market. That was a great boon for musicians and artsy types, but it’s inherently unsustainable.

A city where house prices fall below replacement costs is either going to end up in a downward spiral of decline (look at Toledo, say) or else it will start to recover. Austin recovered, which is definitely the better option. But recovery means that prices rise and new stuff gets built and you end up with the basic tradeoff where allowing lots of development means extremely rapid change, but preventing new development means spiraling prices.

It’s understandable that people would like to avoid those choices and reside forever in the liminal state of “weird,” but that’s just not a real option. Places inevitably change. Policymakers can shake that change, but they can’t make things not change.

Things that you can do

My actual policy recommendations for Austin are both boring and insanely ambitious.

The city should allow dense development, by right, wherever the market demand exists. Most Austinites will want cars, but the city has some real patches walkability and a lot of students, and it shouldn’t have mandatory parking.

More development will grow the tax base. A good chunk of that extra tax money ought to go to either rental vouchers or else to purpose-built social housing, so low-income people can continue to live in the city even as market-rate construction booms.

A rapidly growing city ought to invest in mass transit.

Austin has a very natural north-south transit corridor along Guadalupe Street. Even though building a high-quality rail line there would cost a lot of money, in the context of a permissive environment for home-building, it would also end up attracting a lot of riders. When that’s done, a perpendicular line along 6th Street would be natural.

One could go on and on about this stuff — bus lanes, a modest Inclusionary Zoning requirement, etc. — but the details aren’t especially different from what I’d say about anything else.

The key point is that the mentality would have to be, “Hey, Austin is really great, and so a lot of people want to live here or locate businesses here. We should build lots of houses and office buildings and transportation infrastructure and schools to accommodate them.”

You wouldn’t be able to preserve weirdness — there’d be lots of new buildings and probably a lot of the architecture would be unimaginative. But you could preserve one of the biggest strengths of the Texas economic model: the availability of both middle-class jobs and cheap houses. Otherwise, if you turn against new construction, you’ll end up with the “coastal” paradigm (which also happens in Denver, and, frankly, a lot of college towns) where you have a great place to live but a lot of people can’t actually live there.

2020’s “extremely active” hurricane season, explained
The White House has 2 testing standards: One for Trump and another for everyone else
Trump was never going to be forced out
Polls: Democratic voters prefer big structural changes over a return to normalcy in 2020
The House has voted to allow remote voting for the first time in its history
The best $42 I ever spent: A single ball of yarn