Batteries have a dirty secret 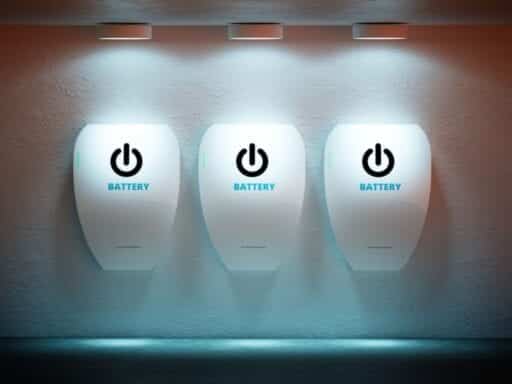 Energy storage is considered a green technology. But it actually increases carbon emissions.

Energy storage (batteries and other ways of storing electricity, like pumped water, compressed air, or molten salt) has generally been hailed as a “green” technology, key to enabling more renewable energy and reducing greenhouse gas emissions.

But energy storage has a dirty secret. The way it’s typically used in the US today, it enables more fossil-fueled energy and higher carbon emissions. Emissions are higher today than they would have been if no storage had ever been deployed in the US.

This is not intrinsic to the technology, by any means. If deployed strategically, energy storage can do all the things boosters say, making the grid more flexible, unlocking renewable energy, and reducing emissions.

But only if it is deployed strategically, which it generally hasn’t been.

In and of itself, energy storage is neither clean nor dirty — it is neutral, as likely to boost the revenue of fossil fuel plants as it is to help clean energy. If policymakers want to use it as a tool to enable clean energy, they need to be conscious of its characteristics and smarter about its deployment.

There is a growing body of scholarly research around energy storage; the key paper on its emission effects is by the Rochester Institute of Technology’s Eric Hittinger and Carnegie Mellon’s Inês Azevedo, in Environmental Science & Technology.

Modeling energy mixes and energy prices across the country, Hittinger and Azevedo determine that the deployment of energy storage increases emissions almost everywhere in the US today. Yikes.

By way of background, it’s important to understand that while energy storage can provide a wide array of services to the grid (more on that later), these days it is primarily used for energy arbitrage — storing energy when it is cheap (usually at night) and discharging it when it is more valuable (usually during the day). So it’s energy arbitrage that Hittinger and Azevedo model.

Hey storage+renewables fans – I have three (!!!) recent publications about the emissions effects of broad adoption of energy storage and I’ll give the highlights in one delightful thread. Buckle up! pic.twitter.com/HCA33uXvC6

There are two reasons why energy storage deployed for the purpose of arbitrage increases emissions:

Say a battery bank absorbs cheap energy being produced by coal plants overnight and then discharges it in the day, competing with natural gas combined-cycle (NGCC) plants. The net effect will be to favor coal against natural gas, thus increasing net emissions.

Let’s take, for representative purposes, 80 percent, a relatively optimistic assumption for the efficiency of lithium-ion batteries. For every 1 megawatt-hour put in, 0.80 megawatt-hours comes out.

That means, if it is stored along the way, getting 1 MWh to the customer requires generating 1.25 MWh. The more energy that gets stored, the more generation has to increase to compensate for the round-trip losses.

If the generation that increases to compensate for the losses is more carbon-intensive than the energy that storage displaces, net emissions nudge up.

Even when a battery stores zero-emissions renewable energy, it is not increasing or decreasing total generation; it’s just moving it around (unless the renewables would otherwise have been curtailed; see below). If coal steps in to cover for the renewable energy that is stored, but it displaces natural gas when it’s discharged, it still might increase net carbon emissions.

It’s difficult for storage not to increase emissions

Add those two effects together and you get a tough situation: To avoid increasing emissions, it’s not enough that the energy stored is less carbon-intensive than the energy displaced. It has to be a lot less carbon-intensive. Hittinger put it to me this way in an email: assuming storage efficiency of 80 percent, “for storage to break even [on carbon emissions], the source of charging energy would have to be 20% cleaner (emissions/MWh) than the thing that you are displacing when the storage is discharging (on average).” That’s just to break even.

(A 2017 study of storage paired with solar panels at the residential level found much the same result: All things being equal, residential storage increases net energy consumption and net carbon emissions.)

Theoretically, the emission-boosting effects of energy storage will decline as grids get greener. But they will have to get quite a bit greener. In a separate paper, Hittinger and colleagues model the emission effects of energy storage on a grid with increasing renewables. They find that in the Midcontinent ISO (MISO), the coal-heavy Midwestern regional energy market, wind and solar would have to reach 18 percent of total generation capacity before storage started reducing emissions on average. And that’s with today’s low natural gas prices. If natural gas prices increase, it would take even longer.

(There’s one important exception to note here: When and if it stores renewable energy that would otherwise have been curtailed, i.e., wasted, then energy storage clearly reduces net emissions. That’s not very common in the US today, but it could get more common as renewable energy grows.)

The right way for policymakers to deploy storage

Right now, public policy support for energy storage is somewhat indiscriminate, via measures like California’s storage mandate or the recent decision to make renewables-attached storage eligible for federal tax credits. Those policies encourage storage without reference to timing or location.

At least as things currently stand, that’s having a nontrivial effect on emissions. Hittinger and Azevedo estimate that storage in the US today has carbon dioxide emissions of 104 to 407 kilograms per MWh of delivered energy, depending on location and marginal energy prices. That compares to “approximately 500 kg/MWh for US natural gas plants and 950 kg/MWh for US coal plants.”

Not ideal! What to do?

Happily, the Institute for Policy Integrity just released a new white paper on exactly this subject: “Managing the Future of Energy Storage.” It covers the research, Hittinger’s and others’, showing that energy storage can increase emissions and discusses three targets for reform. They are all geared, in one way or another, toward constructing a market that efficiently and accurately values the different characteristics of energy storage.

Owners of energy storage who seek to maximize their profits will store whatever energy is cheapest and displace whatever is most expensive, with no concern for carbon emissions. That’s because there’s no value put on avoiding carbon emissions — that is to say, there’s no price on carbon.

An economy-wide carbon price would be nice, though it doesn’t seem likely anytime soon. Next best would be working some kind of carbon price into regional energy markets, which would require coordination between state regulators, regional market managers, and utilities.

Third best would be better cost-benefit analysis in state energy procurement policies, which could take carbon emissions — in both construction and operation — into account.

And there are various other fourth-best kludges, ways of wedging a de facto price on carbon into markets. Eventually, though, we need a damn carbon price.

The rules and compensation schemes that govern regional energy markets were generally designed around resources with different characteristics than energy storage. There are all sorts of artificial barriers to storage providing services that it is technically capable of providing.

The Federal Energy Regulatory Commission (FERC) took a big step forward on this front in February with its new storage rule, which asks the ISOs and RTOs that manage regional energy markets to reform their tariffs to allow for storage participation in energy markets, capacity markets, and “ancillary services” markets (stuff like voltage and frequency regulation).

There are still lots of unanswered questions about the storage rule and much other work to do to make sure markets are open to diverse participants, but FERC has at least kicked things off with a bang.

Energy storage has numerous benefits for consumers and the grid. Our new report shows how they can be achieved with smart policies. https://t.co/spPElAbaB0 @nyulaw #climate pic.twitter.com/9gk3fP0DyN

Storage can do more than arbitrage. It can relieve grid congestion, serve as capacity, and help avoid the need for distribution system upgrades. In fact, storage is something of a Swiss army knife — uniquely among energy technologies, it can simultaneously perform a range of services at different scales for different customers.

One complicating factor is that storage can potentially participate in both retail electricity markets, governed by states, and wholesale electricity markets, governed by FERC. That means the feds and states will have to cooperate to ensure that storage is compensated adequately but not double-compensated for any single service.

As an example of smart leadership, IPI focuses on New York’s “value stack” approach, which attempts to disaggregate the value streams provided by storage and compensate each one discretely.

The disaggregated approach allows storage to participate in multiple markets and receive compensation from multiple different entities, depending on where the value falls. (See the report for more details on New York’s system, which will undergo further refinements in its upcoming second phase, allowing more granular compensation of storage benefits.)

Other energy markets have a long way to go, but numerous states are wrestling with compensation for distributed energy resources and lots of experiments are underway, so learning by doing is already happening.

In another paper, Hittinger and Azevedo suggest revising the federal investment tax credit (ITC) to favor storage located next to renewables that are likely to be curtailed. That is one of dozens of smaller-bore policy suggestions that can be found in, for example, this 2017 report from the Energy Storage Association, which lays out a detailed menu of options for state policymakers. See also this 2017 report from the Interstate Renewable Energy Council (IREC) or this 2016 report from the National Governors Association (NGA).

Policymakers need to get smarter about energy storage

Energy storage is a key piece of the clean energy puzzle, but it is not an unqualified good. Deployed as it generally is today — somewhat crudely, engaged only in energy arbitrage, in markets that do not price carbon — it results in increasing carbon emissions. The world does not need any more of those.

Hittinger told me on the phone, and I more or less agree, that the right way to grow energy storage markets is to deploy the hell out of renewable energy and let the need for storage determine its growth. It is still entirely possible that, through whatever mix of transmission buildout, smart-grid improvements, and market reforms, we’ll end up needing less storage than we think. Market pull should determine where and when storage is deployed.

But that means getting markets right — the one thing pretty much everyone agrees is crucial to smart use of storage.

I am not opposed in principle to technology-specific public policies — far from it! — but the rational deployment of energy storage, a technology with mixed and complex effects, seems like exactly the kind of problem markets are good at solving.

Put in place a market that values carbon, capacity, ramping, voltage regulation, and all the other services storage can provide, lower barriers to entry, set up transparent rules, and let profit-seeking companies battle it out. That market will be better at determining the proper amount and location of storage than any group of policymakers.

“We’re a country with an open wound”: Joe Biden condemns the police killing of George Floyd
The new MIT report on Jeffrey Epstein raises questions about how much to blame billionaires like Bil...
The American right’s favorite strongman
What it’s like to deliver weed in a pandemic
Trump strikes a bitterly vindictive tone during National Prayer Breakfast speech
Isabel Wilkerson wants to change how we understand race in America