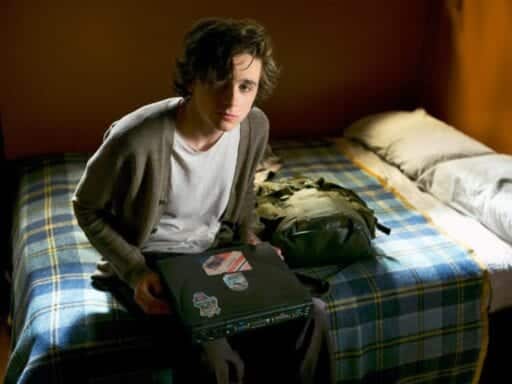 The harrowing tale of a father trying to save his son from a meth addiction is currently in theaters.

Based on the bestselling memoirs by David and Nic Sheff, Beautiful Boy is the story of a father (Steve Carell) who finds himself increasingly helpless as his bright, charming young son (Timothée Chalamet) struggles with a meth addiction that transforms him into an unrecognizable monster — one who steals from his younger siblings, lies, drags others into his drug use, and disappears, over and over again.

The details in Beautiful Boy follow the same broad strokes as those outlined in both David and Nic Sheff’s memoirs, though some of them have been understandably smoothed out to make the cyclical addiction-recovery-addiction-recovery chain easier to track within the span of a two-hour movie. The result is a beautifully made and complex rendering of a father and son’s relationship that ends with too little hope to fit into people’s “inspirational movie” box. But at its best, it’s a strong rendering of both the horrors of addiction and the frayed rays of hope that sometimes break through. It’s not easy to watch, but it is, in its own way, still beautiful.

Bill Shine covered up sexual harassment at Fox News for decades until the plot blew up in his face
I was preyed on by Harvey Weinstein. Here’s how survivors can get through his trial.
Turkey’s invasion in Syria is creating even more refugees — just as the US shuts the door
Hollywood is replacing artists with AI. Its future is bleak.
What’s in a name? From Aunt Jemima to the Redskins, enough ugly history to demand change.
The UK Parliament is voting on Brexit amendments Tuesday. What does it mean?