Beers, flights, and discounts: The growing list of vaccine freebies 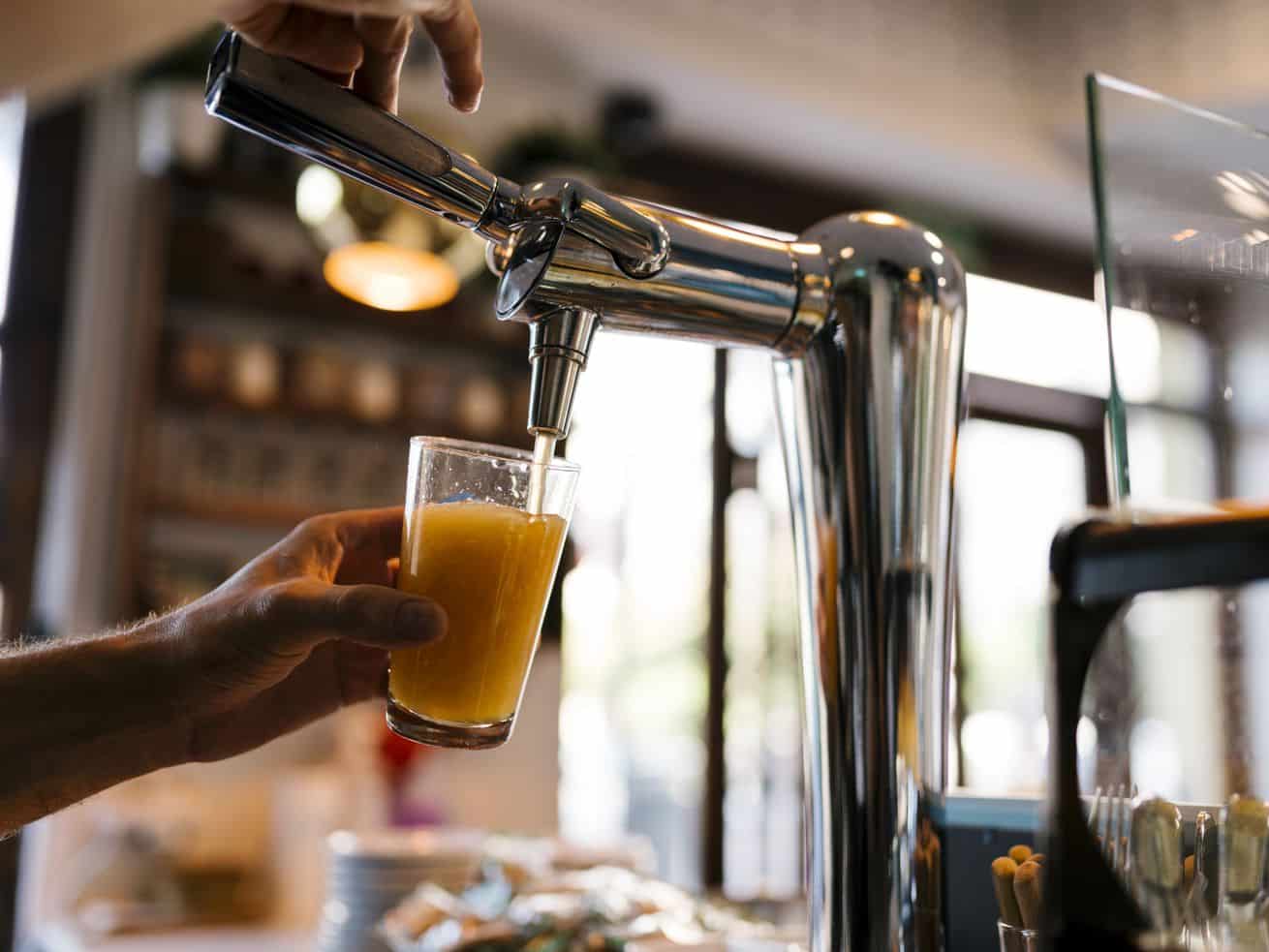 Half of American adults have received one vaccine dose. Could incentives close the gap?

It’s been over a month since all American adults were deemed eligible for the Covid-19 vaccine. About 60 percent of Americans over 18 have received one dose so far, and cases in the US are on the decline. And while the pool of people who have expressed hesitation about being vaccinated has shrunk, vaccine incentives have become mainstream, initiated by corporations and politicians alike.

Major corporations began announcing initiatives that “strongly encouraged” employee vaccination as early as February, with some offering extra pay and bonuses. As of late, however, such messaging has been geared toward the general public. In May, the White House announced a nationwide partnership with Uber and Lyft to offer free rides to and from vaccination sites from May 24 until July 4; it will also work with national grocery chains, retailers, and sports leagues to offer discounts and promotions for those who have been vaccinated.

United Airlines recently launched an initiative for frequent fliers: MileagePlus members who upload their Covid-19 vaccination records to their account by June 22 will be entered into a sweepstakes for free travel. Thirty randomly selected participants will win a pair of round-trip tickets to anywhere in the world, and five winners will get one year of free United flights for themselves and a travel companion.

Local governments, in partnership with small businesses, have also championed freebies, with some leaning on booze or cash. New Jersey residents who’ve received their first vaccine dose can get a free beer at a participating brewery in May; so will Connecticut locals at certain restaurants from May 19 to May 31. More than two dozen Miami Beach businesses will offer free drinks and discounts throughout the end of the month; Chicago will host a concert series available to fully vaccinated residents starting May 22; and New Yorkers will be eligible for free tickets or deals to attractions like the Brooklyn Botanical Garden and the Bronx Zoo.

Meanwhile, cash incentives have been wielded more strategically: West Virginia will offer $100 savings bonds to 16- to 35-year-olds, in an effort to boost vaccination rates among young people. Maryland will pay state employees $100 to get a vaccine, and Detroit residents can receive a $50 prepaid card by participating in a city program to schedule and drive a neighbor to a vaccination site.

A host of smaller limited-time vaccination deals have also made headlines. On April 20, for example, DC marijuana activists handed out free joints outside the city’s vaccination sites. The city of New Orleans will give vaccine recipients at one local clinic a free pound of crawfish on May 13, from 4 to 7 pm.

So far, research suggests that some incentives are more effective in encouraging shots than others: Surveys conducted by researchers at UCLA determined that monetary payments and the ability to walk around maskless were the two strongest motivating factors when it came to getting vaccinated, although some experts are cautious of how financial offers could backfire.

David Asch, executive director of the Penn Medicine Center for Health Care Innovation, said in a recent interview with the Association of American Medical Colleges that money only works if people are already interested in pursuing a behavior. “If someone really doesn’t want to get vaccinated, I’m not sure there’s an amount of money we’d be willing to offer that would also work,” he said. “If we do offer money, we might actually inflame their concerns. Someone who has a lot of distrust of the vaccine might think, ‘They’d never offer money if this was a good thing.’” This was a similar line of concern for employers, who worried that such strategies could be seen as coercive or even discriminatory to those who are medically unable to take vaccines.

“If someone really doesn’t want to get vaccinated, I’m not sure there’s an amount of money we’d be willing to offer that would also work”

The varying levels of skepticism and hesitancy toward the vaccine make it challenging to gauge how effective incentives can be. Some might change their minds after observing the vaccine’s side effects on friends and family, and a freebie can provide an extra nudge. Others will be harder to convince. According to data from UCLA’s Covid-19 Health and Politics Project, a quarter of unvaccinated people say they don’t trust the government’s motives, and 14 percent believe Covid-19 is not a threat to them.

The free incentives offered by local governments are generally geared toward those who’ve been on the fence or are in no hurry to receive a shot. Asch referred to a strategy called “social norming,” which leads people to actions when it seems like everyone around them is participating. People tend to be emotional rather than rational, he added, which is why incentives need to “anticipate the ways in which we’re not rational.”

Online, people have shared all sorts of random anecdotes as to what motivated their family members and friends to get a shot. “I just found out that my dad is literally only getting vaccinated because of the krispy kreme thing,” one person shared in a viral (albeit unverifiable) tweet. In New York’s Erie County, a free beer promotion at a local brewery led to more than 100 vaccinations in one afternoon, according to the Buffalo News. According to a county executive, the brewery vaccine site attracted more people than most first-dose clinics in the past week.

Convenience could also be a highly influential factor in whether a person is vaccinated. A number of unvaccinated Americans aren’t opposed or even skeptical to the vaccine, the New York Times reported, citing a new US Census estimate. About 30 million Americans just haven’t managed to get to a vaccination site, as a result of work schedules, language barriers, lack of transportation, disabilities, or other accessibility issues.

“Hesitancy makes a better story because you’ve got controversy,” Tom Frieden, former director of the Centers for Disease Control and Prevention, told the Times. “But there’s a bigger problem of access than there is of hesitancy.”

Certain freebies, like Uber and Lyft rides, could mitigate the prevailing problem of vaccine access, in addition to distribution location. Some states and cities are also shifting away from mass vaccination sites and considering more community-focused methods. Still, incentives come in handy because Americans love free stuff, even as some complain about the lengths needed to encourage others to get a vaccine. For what it’s worth, the “shot and beer” program has garnered enthusiasm among New Jersey residents, who think the strategy is in line with the state’s cultural reputation. Similar incentives have popped up nationwide, from Illinois to Minnesota to Colorado, leading people to declare, “I’d get the vaccine again if I can get free beer.”

Why wildfire smoke can turn the sky orange and damage your lungs
Lean into uncertainty with Trust Exercise, the Vox Book Club’s November pick
We now know what Trump was trying to hide by holding back his tax returns
Trump sends agitated tweet calling for Jeff Sessions to end Mueller investigation
How the classics kids try to cover up a murder in The Secret History
The “TikTok intifada”