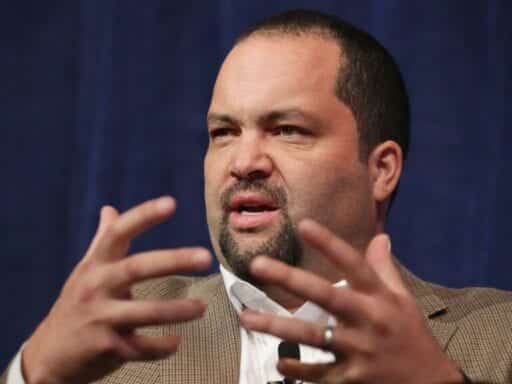 “I’m a venture capitalist, not a socialist.”

Ben Jealous, Maryland’s Democratic gubernatorial nominee, wants everyone to know that he may be a progressive, but he’s no socialist.

Jealous is one of several Bernie Sanders-style Democrats who’s triumphed during this midterm cycle. His Republican opponent, current Maryland Gov. Larry Hogan, has taken to painting him as too far left for the state to handle. During a press event on Wednesday, Jealous vehemently sought to dispel such critiques after a reporter asked him if he considered himself a socialist.

“When you see conservatives like Hogan name calling, you realize that they’re scared,” he said. “What I am is a venture capitalist, and what I do is invest in growing businesses.”

After the reporter pressed further, Jealous appeared fed up with the question, answering simply, “Are you fucking kidding me?”

The video is worth watching in full.

Later that day, Jealous issued an apology for his language and clarified his stance further in a tweet. “I’m a venture capitalist, not a socialist. I have never referred to myself as a socialist, nor would I govern as one,” he wrote.

I want to apologize to @ErinatThePost for my inappropriate language in response to her question earlier today.

As a former journalist, I know how important it is for a free society to respect reporters and answer their questions honestly.

Let me answer @ErinatThePost’s question once and for all.

I’m a venture capitalist, not a socialist. I have never referred to myself as a socialist nor would I govern as one.

It’s evident, however, that he’d rather steer clear of at least one particular label.