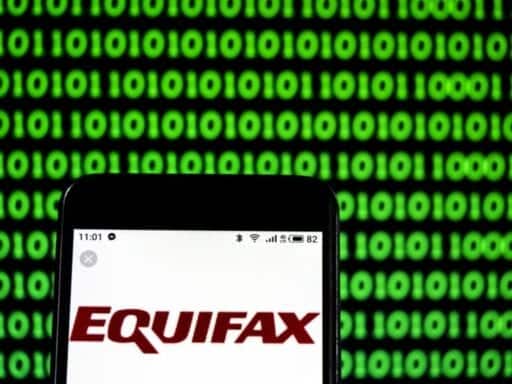 Sanders’s campaign is calling for a public credit registry, where you can get your credit score for free.

Hidden at the bottom of presidential candidate Sen. Bernie Sanders’s plan to erase Americans’ medical debt is a proposal that would replace a roughly $10 billion private credit reporting industry — populated by companies like Equifax, Experian and Transunion — with a public, free credit registry.

The plan calls for a creating a “secure public credit registry,” in place of the current for-profit credit reporting agencies, that would use “a public, transparent algorithm to determine creditworthiness that eliminates racial biases in credit scores.”

Under this proposal, Americans would be able to receive credit scores for free, and medical debt would be excluded from credit scores. Sanders’s campaign also calls for ending the use of credit scores for rental housing, employment, and insurance. According to the campaign, the public credit registry would be housed in the Consumer Financial Protection Bureau.

The idea, which has been promoted by think tanks like Demos, is aimed at increasing regulation and reducing systematic racial discrimination within the current credit score system. Activists believe implementing such a regulation would protect consumers from predatory practices and privacy violations, while also making lending and access to capital more equitable.

Sanders proposal would be a significant change in how Americans find out their creditworthiness in the United States — and how that credit score can be used.

This is a major shift in how credit scoring works

Currently, three major companies run the credit reporting industry: Experian, Transunion, and Equifax. They collect lending and payment data, like medical debt information from collecting agencies, mortgage payments, and student loans and credit card payments without consumer’s permission. They then charge consumers to see the score (except once a year, when legally you can get it for free). And as Vox’s Karen Turner reported, companies like Equifax are not incentivized to prioritize privacy; in 2016, Equifax spent $1.1 million lobbying against regulatory laws, including around data security and transparency.

That lobbying has been largely successful, but has left consumers in danger of privacy breaches. Millions of Americans are continuing to deal with the fallout from Equifax’s major data breach in 2017, which left 143 million customers’ personal information — including their social security numbers and financial records — at risk. Equifax took six weeks to inform customers of the data breach.

CFPB (Consumer Financial Protection Bureau) report after CFPB report has highlighted the industry’s shady practices — from complaints that credit reports were inaccurate, with little recourse for consumers to fix them, to credit reporting agencies selling consumers misleading credit-monitoring services, and selling scores to consumers that weren’t even used by banks or other lenders to making credit decisions.

And numerous studies have shown that the current credit scoring model continues to reflect and exacerbate existing racial disparities by limiting Americans’ ability to secure rental housing, impacting the cost of insurance, and so forth. Not only do credit score models categorize black and Latino Americans as higher-risk loan seekers compared to white Americans, but a large share of people of color are “credit invisible,” without enough credit history to show to acquire loans.

Sanders sees the credit industry as part of Americans’ medical debt problem because of the impact those debts have on credit scores. And many Americans are affected by the issue: In 2014, 43 million Americans had unpaid medical debts on their credit reports, according to the Consumer Financial Protection Bureau, and these debts also disproportionately impacts black adults.

CFPB, the federal regulator, has slapped fines on these companies for years for these practices. Sanders proposal takes it one step further: it cuts the for-profit credit reporting companies out completely.

A bipartisan bill in Congress could legalize 325,000 unauthorized immigrants
Disney has fired Guardians of the Galaxy director James Gunn over old, gross tweets
A family of 4 could get $18,000 this year under a cash bill by Senate Democrats
Less than one-third of Iowa and New Hampshire voters have settled on a candidate
How online ratings make good schools look bad
Trump’s Georgia rally was supposed to pump up Loeffler and Perdue. It ended up being a grievance-fes...