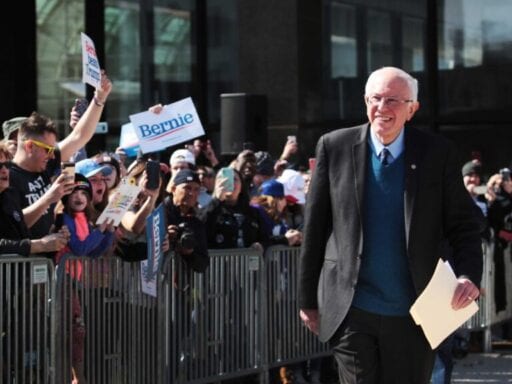 It’s a small, but helpful, win for the senator.

The territory — a small string of islands in the Pacific — has just six delegates to the Democratic National Convention in July on offer.

As the Democratic primary progresses and Biden widens his delegate lead, such a small handful of delegates likely won’t make much of an impact — but with just two candidates still in the hunt, every delegate helps.

As a territory, the Northern Mariana Islands gets a voice in the primary, but not in the general election in November. However, unlike in the US territory of American Samoa — which voted earlier this month on Super Tuesday — anyone born on the island is automatically an American citizen and could theoretically vote if they were to move to a US state and register to vote there.

The islands also get a representative in Congress — albeit a non-voting one, like the nation’s capital. The territory is currently represented by Democrat Gregorio Kilili Camacho Sablan.

Sanders’s victory is something of an upset. There hadn’t been any polling to speak of in the territory leading up to the primary, though FiveThirtyEight projected a Biden win in the territory even prior to his March 10 primary victories in Michigan and elsewhere. Plus, in 2016, Clinton won the territory over Sanders.

This time around, however, the Northern Mariana Islands’ tiny electorate — only 167 voters in 2016 — favored the Vermont senator.

It’s a small win for the senator as he heads into another major round of primaries on Tuesday, March 17, already on the back foot after his delegate losses to Biden. Next up, he’ll take the stage for an 11th primary debate in Arizona — and when he does, he’ll have the Northern Mariana Islands in his column.

Vaping is still safer than smoking. That message is getting dangerously muddled.
What Mike Bloomberg actually did in New York City
Recode Daily: Facebook wants even more info on who is buying political ads
Elizabeth Warren blasts the plastic straw debate as a fossil fuel industry distraction tactic
The US needs real-time data to fight the pandemic. We’re still not even close.
Republicans tried to make a clear case Trump did nothing wrong at the first impeachment hearings