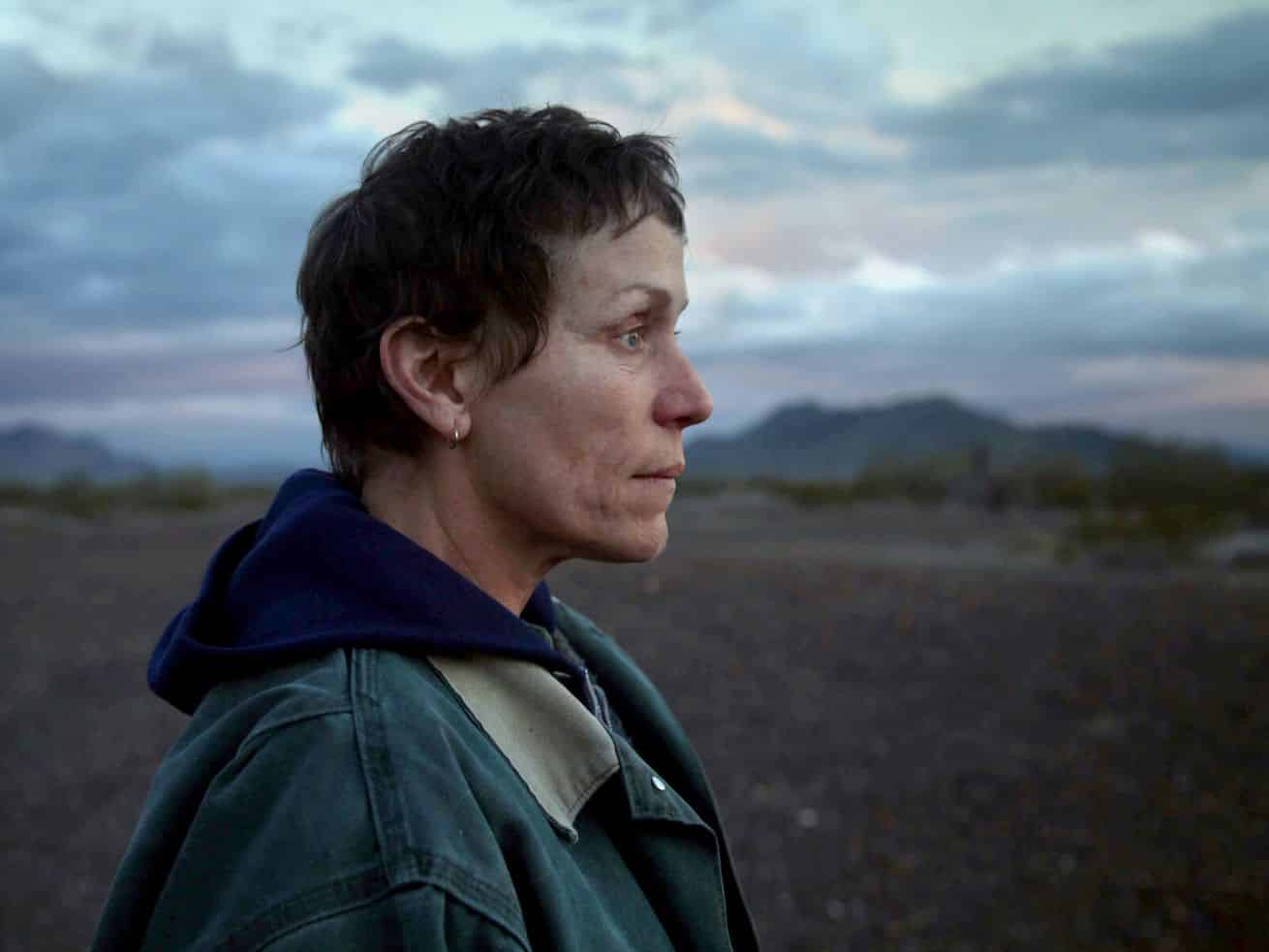 The quiet drama makes a lot of sense for this strange Oscars year.

I wish I’d seen Nomadland in a theater, for reasons that didn’t become clear until the second time I saw it.

I wish I’d seen every movie nominated for Best Picture this year in a theater. But the only one I saw in that setting was Minari, when it premiered at the Sundance Film Festival in January 2020, and the world felt chaotic but still familiar. I watched Nomadland on my TV, in my house, like every other movie I’ve seen for the past 14 months.

I dearly hope we emerge from this awful period in our lives with expanded accessibility to films for everyone — including audiences who can’t or for a variety of reasons prefer not to go to the theater. But Best Picture winner Nomadland begs for a big screen.

Nomadland was considered a Best Picture frontrunner almost from the start of this extra-long awards season. When I first saw it (at its Toronto International Film Festival “premiere,” in my living room, in September), I thought it was a movie about a woman who finds a new community after her existing one is literally dismantled.

The real-life town of Empire, Nevada, was built and sustained by US Gypsum for 88 years. But when the sheetrock market declined and the company pulled out, the entire town was simply shut down.

Those who lingered until the end faced a different world from the one in which a corporation might provide a stable, affordable, loving place for its employees and their families. They could find somewhere else to live, maybe move in with a relative, hope to find some kind of work somewhere eventually. But Fern, McDormand’s character, a widow who now has to leave her home, chooses not to trust anyone with her love or her life. Now she is a seasonal worker at Amazon, and Wall Drug, and the beet harvest, and various campgrounds. And she lives in her van.

Better not to become too attached to anything, and thus risk having your heart broken again.

Nomadland touched a nerve with people who had lived that story. After I reviewed the film, I received a number of emails from people in late middle age and older who had found themselves in similar situations. Widows and widowers. Folks who had worked all their lives, only to find when they reached retirement age that the bottom they’d counted on had dropped out. People who suddenly couldn’t find steady work, or who watched their beloved hometowns empty out around them; they weren’t destitute, they had options, but this wasn’t how things were supposed to go.

That realization is filled with shame in a country that assumes if you stumble on hard times it’s probably because you’re lazy, profligate, or thoughtless. For many of the people I heard from, Nomadland seemed to have handed back some dignity. It suggested, in its storytelling, that they’d been seen.

The second time I watched Nomadland, I realized that not only was it telling that story — the tale of a woman overwhelmed by grief who responds by fortifying the walls around her heart — but also showing that story. It’s set mostly in the West, with Fern driving her white van (which she names “Vanguard”) through rugged mountains and flat, wide plains. She crosses sunsets and sits around campfires. She drags her lawn chair out to the edge of a cliff and sits with a friend, admiring the view.

Somehow these were the images that revealed Nomadland as a movie not just about being afraid to love, but about the mourning and grief that make love so hard. The beauty posed a stark contrast with Fern’s journey, filled with tiny indignities that are nobody’s fault in particular: having to use a bucket as her latrine, asking for favors from strangers, watching her favorite dishes get accidentally broken. Everything is magnified when you are mourning.

The worst indignity comes late in the film, when Fern visits her sister in her comfortable suburban home. In defense of Fern, her sister tells a pair of real estate agents — who are horrified when Fern suggests homeownership might not be the greatest thing in the world — that what the “nomads” are doing is like what the pioneers did. “They’re part of an American tradition,” she says.

Fern’s sister means well, but that line is far from Nomadland’s thesis. Fern’s face tightens when she hears it. That’s not to discount the beauty in Fern’s journey; she gets the sunsets and the plains and the mountains. But there’s nothing inherently noble about why she’s living this life in the first place. If her experience on the road is part of an “American tradition,” it’s a tradition of finding yourself struggling because you no longer fit into a young, productive workforce, and choosing the only alternative that still feels like living.

And Nomadland’s director and writer Chloé Zhao — who in winning Best Director for the film became only the second woman ever to win the Oscar for directing, and the first nonwhite woman to win the category — seems to have sensed that continuum. The reason I wish I’d seen Nomadland on the big screen is that Zhao’s film echoes the visual vocabulary that says “America,” as painted in perhaps that most American of genres: the Western, with its vistas, sunsets, and silhouettes. It’s familiar, and it quietly beckons us to consider how Fern’s life is like the idealistic version of the frontier that the movies have shown us on the silver screen in the past. Then it invites us to notice how, for Fern, things are very, very different.

“Please watch our film on the largest screen possible,” Nomadland star and Best Actress winner Frances McDormand said as she thanked the Academy for selecting the film as its 2021 Best Picture winner. “And one day very, very soon, take everyone you know into a theater, shoulder to shoulder, in that dark space. And watch every film that is represented here tonight.”

I don’t know if the echoing and gentle inversion of Hollywood’s visual vocabulary is what Oscar voters saw in Nomadland, or if it’s why they chose the film to represent the industry in this odd, frustrating, painful, grief-filled year. It may just be that they felt something watching it.

But I do know that its intimacy and quiet refusal to fit prescriptive boxes felt like a good fit for these Oscars. And I hope, as soon as I’m able, that I can go see it on the same screen where America’s stories have been told on those wide-open plains in the past — and need to be told with truth in the future, too.

Nomadland is playing in theaters and streaming on Hulu.

Kentucky just made it harder to vote during a pandemic
Watch: Biggest moments from Bill Barr’s confirmation hearing
The Trump administration says it must lock up families to keep them together. That’s not true.
Inside the fantastical menagerie of Tuca & Bertie creator Lisa Hanawalt
Sen. Kelly Loeffler sold at least $18 million more in stocks before the coronavirus crash than previ...
The police shooting of Maurice Gordon, a black man killed during a traffic stop, explained