Beto O’Rourke drops out of the 2020 Democratic primary 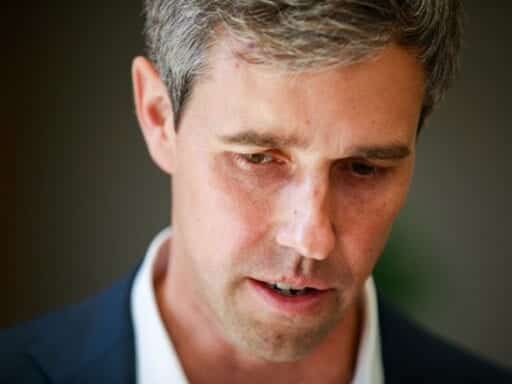 “My service to the country will not be as a candidate or as the nominee,” O’Rourke said.

Former Texas Rep. Beto O’Rourke is dropping out of the 2020 Democratic presidential race.

O’Rourke launched his campaign to great fanfare following an unsuccessful — but competitive — campaign to unseat Sen. Ted Cruz (R-TX). He burst onto the scene of the 2020 primary declaring he was “just born to be in it” and subsequently raised $6.1 million in his first day of fundraising. Some early supporters characterized him as “Barack Obama, but white.”

“My service to the country will not be as a candidate or as the nominee,” he wrote in a Medium post, explaining that he chose to leave the race because he does not have “the means to move forward successfully.”

O’Rourke’s campaign has stagnated, struggling with fundraising and polling. O’Rourke raised just $4.5 million in the third quarter of 2019 compared to the $24.6 million raised by Warren and the $25.3 million raised by Sanders.

Unlike some of his rivals, O’Rourke made it onto every Democratic debate stage so far but sometimes did so by slim margins. He had not yet met the criteria to participate in the next two debates and averaged around 3 percent for much of the year, according to RealClearPolitics’ polling average.

The former lawmaker stood out on the debate stage by addressing the audience in Spanish and by making gun reform his signature issue; it was a policy position he took ownership of following a mass shooting in his hometown of El Paso, Texas, and one that led to his rallying cry, “Hell yes, we’re going to take your AR-15!”

That call was the summation of O’Rourke’s proposal to buy back assault weapons currently in Americans’ hands and to ban the sale of new ones. As a candidate, the lawmaker was criticized by some of his rivals, most notably South Bend, Indiana, Mayor Pete Buttigieg, for not having fully developed all of the details of how a buyback plan and ban would work, with Buttigieg casting it as a fanciful “purity test.”

Other candidates, however, have praised O’Rourke’s leadership on the issue.

“I want to commend Beto for how well he has spoken to the passion and the frustration and the sadness after what happened in his hometown of El Paso. He’s done a great job with that,” fellow Texan Julián Castro said at one debate.

And he was praised by his rivals upon his exit.

“Beto has inspired millions of Americans all over our country, and rallied Texans and El Pasoans after the tragedy that struck his hometown,” Castro wrote on Twitter.

“Thank you,” Warren wrote. “Your commitment to ending gun violence and uplifting the voices of the victims and their families has made this presidential race — and our country — stronger.”

Ultimately, O’Rourke’s early momentum proved to be not quite enough to sustain him. He argued for unity in his announcement, asking his followers to back whoever does become the nominee.

“We must support them in the race against Donald Trump and support them in their administration afterwards, do all that we can to help them heal a wounded country and bring us together in meeting the greatest set of challenges we have ever known,” O’Rourke wrote.

Everyone wanted Beto O’Rourke to run for Senate. He didn’t.

O’Rourke’s presidential campaign started on a high: Almost beating Cruz in Texas awarded him a flurry of positive press, a seat on Oprah Winfrey’s couch, and comparisons to Obama and even Abraham Lincoln. But what made him stand out in the Senate race — the ability to use a charismatic, tell-it-how-you-see-it retail politic to come within two points of Cruz — quickly faltered on the national stage.

Soon after announcing his candidacy, the influx of dozens of other candidates, many more high profile than himself, with longer track records and better name recognition, the calls began for O’Rourke to drop out of the presidential race and run for Senate instead.

O’Rourke immediately and repeatedly ruled out the possibility.

“I will not in any scenario run for the United States Senate,” O’Rourke told MSNBC in August, resolute in his run for the presidency.

But the calls haven’t stopped. After all, O’Rourke made Democrats believe winning statewide in Texas was possible; he ran the closest statewide race in the state since the 1970s.

And Republican Sen. John Cornyn, who is up for reelection, is less popular in the state than Cruz was. In June, 60 percent of Texas Democrats told a Quinnipiac University poll that they’d preferred to see O’Rourke in the Senate race. And in a head-to-head poll, O’Rourke was just 2 points behind incumbent Cornyn.

There’s no reason to suspect O’Rourke will flip on his past remarks and run for the Senate now. In fact, one of O’Rourke’s aides, Rob Friedlander, told the New York Times Friday, “Beto will not be a candidate for US Senate in Texas in 2020.” And O’Rourke himself told Politico in October, “I cannot fathom a scenario where I would run for public office again if I’m not the nominee.”