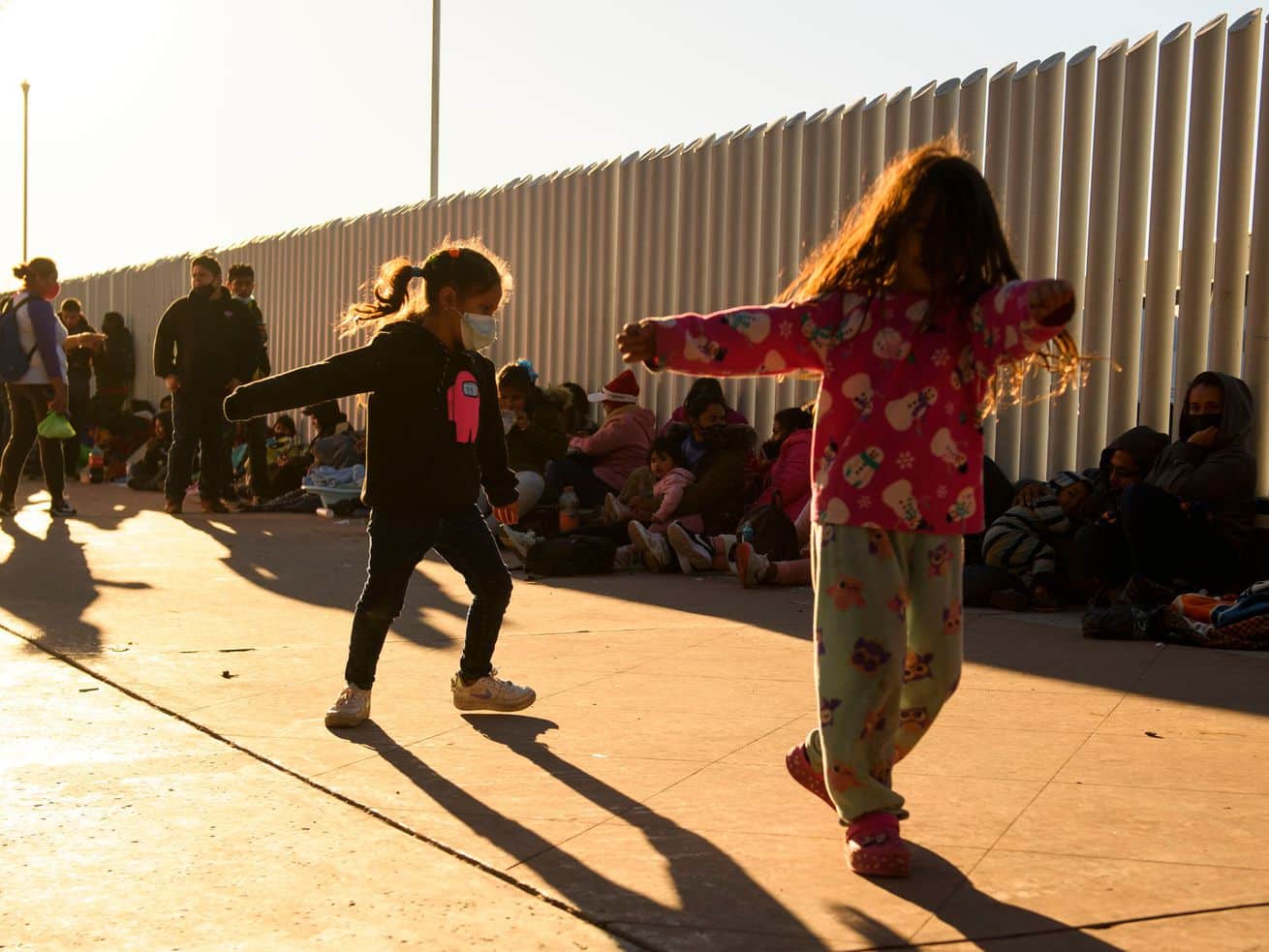 The deployment is meant to help manage a growing logistical crisis.

The Biden administration is enlisting the Federal Emergency Management Agency (FEMA) to help manage and care for an unprecedented surge in unaccompanied migrant children entering the United States through the US-Mexico border.

The deployment is meant to help manage a growing logistical crisis that has seen the Biden administration turn to the use of detention facilities and tent shelters that some immigration advocates have condemned as inhumane and unsuitable for children.

President Joe Biden reversed the Trump-era policy of turning away migrant children who cross into the US without their parents soon after taking office. But his administration has struggled to manage the process of sheltering them and placing them with a vetted sponsor — usually a parent or other family member who lives in the US — in a timely manner, and finding space at facilities appropriate for housing minors.

To help manage the recent influx of minors — about 700 have come to the US in the last few days, according to the Washington Post — Homeland Security Secretary Alejandro Mayorkas said on Saturday that FEMA would help “receive, shelter and transfer” unaccompanied minors coming across the border over the next 90 days.

There are a few goals the administration hopes to accomplish through this collaboration.

Under US law, children are required to be transferred from Border Patrol stations to shelters run by the Department of Health and Human Services within 72 hours. But according to the Washington Post, DHS has been routinely failing to meet this target, and instead, children are being held for 108 hours on average before being transferred.

These administrative backlogs are causing shelters to become overcrowded, as Vox’s Nicole Narea has explained. And because shelters designed for holding children are at capacity — in part because Covid-19 related restrictions has decreased available space — nearly 4,000 children are being crammed into jail cells and other facilities meant for adults. The Post reports that lawyers who represent migrant children are warning that these shelters “have become dangerously overcrowded.”

“A Border Patrol facility is no place for a child,” Mayorkas said a statement. “We are working in partnership with HHS to address the needs of unaccompanied children, which is made only more difficult given the protocols and restrictions required to protect the public health and the health of the children themselves.”

FEMA has played this role before — in 2014, the Obama administration turned to the agency to help set up temporary shelters and processing stations on military bases to assist with a surge in arrivals of unaccompanied minors.

As Vox’s Nicole Narea has reported, immigrant advocates are concerned about the safety of temporary facilities that the Biden administration has made use of to deal with overflow.

“We must not repeat these mistakes and expose more children to the long-term physical and mental health effects of detention,” Oliver Torres, a senior outreach paralegal for the Southern Poverty Law Center’s Immigrant Justice Project, said in a statement in February. “To simply return to the failed model of child detention of the pre-Trump era is a missed opportunity to meaningfully reimagine our immigration system, particularly with respect to immigrant children.”

While the Biden administration has reversed Trump’s policy on unaccompanied children, it has kept intact its policy of turning away single adults, and some families, under pandemic-related restrictions.

On other fronts, Biden has sought to pivot away from Trump either partially or totally. In February, Biden partially lifted a ban curtailed legal immigration by allowing family members of US citizens and green card holders to immigrate to the US, as well as individuals selected through the diversity visa lottery.

Biden has backed a sweeping immigration reform bill which would provide a path to citizenship for an estimated 10.5 million undocumented immigrants living in the US which is unlikely to attract any Republican support.

Because Democrats need at least 10 GOP votes in the Senate to overcome the filibuster, the party is also working on more limited reform efforts, including a bill that would provide legal status to about 325,000 farmworkers that has the backing of some House Republicans.

The House is expected to vote next week on both that bill, the Farm Workforce Modernization Act, and also the Dream and Promise Act, which would create a pathway to citizenship for undocumented immigrants who were brought to the US as children. The bills fall short of the total reforms Biden has called for, like an eight year path to citizenship for the US’ undocumented population, but Democrats hope they will be able to garner just enough bipartisan backing to make some progress towards enacting Biden’s immigration agenda.

The Judiciary Committee scheduled a vote on Kavanaugh for Friday. Ford hasn’t even testified yet.
The US and Taliban sign agreement meant to end America’s longest war
Trump claims the media misrepresented his coronavirus cure comments. Video proves otherwise.
A secret recording of a Trump dinner confirms one of Lev Parnas’s allegations
Terminator: Dark Fate is all about the kickass ladies
Joe Biden is already facing an ally problem