Biden promises to appoint a black woman to the Supreme Court 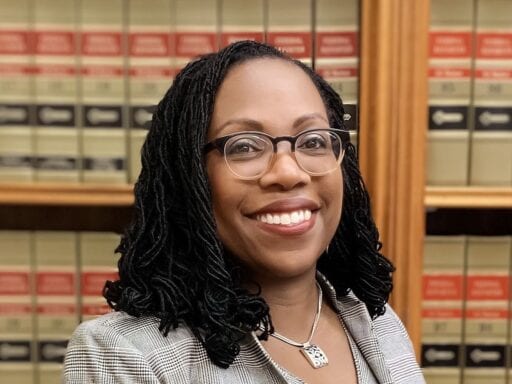 Share
Loading...
Ketanji Brown Jackson is one of several federal judges who might be considered for a Supreme Court shortlist. | US District Court for the District of Columbia

Only two African Americans, and no black women, have served on the nation’s highest court.

Former Vice President Joe Biden made an unexpected pledge at the end of Tuesday night’s Democratic debate: “I’m looking forward to making sure there’s a black woman on the Supreme Court to make sure that they in fact get representation.”

Only two African Americans, Justices Thurgood Marshall and Clarence Thomas, have served on the Supreme Court. And only one woman of color, Justice Sonia Sotomayor, has joined the Court. If Biden is elected and follows through on that promise, his nominee would be the first black woman to serve as a justice.

The identity of that nominee could depend on how soon a vacancy opens up on the Supreme Court — if the vacancy occurs relatively late in a Biden presidency, the former vice president would have more time to fill the lower courts with potential candidates for a Supreme Court appointment.

If a seat were to open up on the Supreme Court early, one obvious contender for such a nomination is Judge Ketanji Brown Jackson, who currently serves on the United States District Court for the District of Columbia.

Judge Jackson, who is only 49 years old, clerked for Justice Stephen Breyer. She was also one of a handful of judges that President Obama interviewed for the Supreme Court vacancy opened up by Justice Antonin Scalia’s death in 2016. Obama eventually nominated federal appellate Judge Merrick Garland, who was blocked by a Republican Senate.

Of course, for Biden to follow through on this pledge, he will need to secure the nomination, win the presidency, wait for a vacancy, and then get that nominee through the Senate — something that may be impossible if Republicans retain a Senate majority.