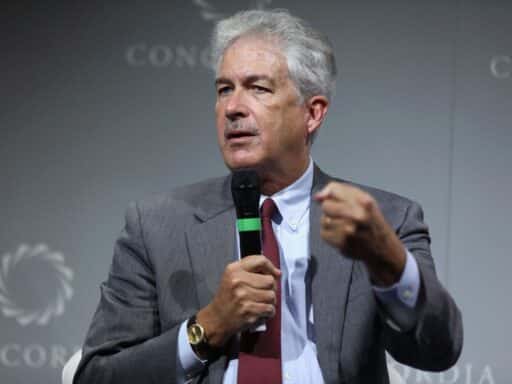 Can the longtime diplomat speak truth to power?

Burns spent 33 years in the US Foreign Service, concluding with his tenure during the Obama administration as the second-ever career diplomat to serve as deputy secretary of state. After retiring in 2014, Burns became the president of the Carnegie Endowment for International Peace, where he wrote often about how the US could better conduct diplomacy — which is why he was considered a potential secretary of state pick.

It’s precisely such a background that makes Burns an outside-the-box selection for CIA chief: If confirmed, he’d be the first lifelong diplomat to serve in that role.

Burns wasn’t the first or even second choice for the job. Michael Morrell, the agency’s No. 2 during the Obama administration, was the proverbial favorite until congressional backlash grew over his support for the CIA’s use of “enhanced interrogation techniques” — that is, torture — during the George W. Bush administration.

Biden also offered the role to Tom Donilon, one of President Barack Obama’s national security advisers, but he turned the president-elect down.

Nevertheless, Burns is already getting support from members of the intelligence community — including Morrell. “I’m thrilled for him and for the Agency. He will be one the great @CIA directors,” Morrell tweeted on Monday. “His command of the issues, his deep respect for intelligence, and his care for people will ensure it.”

In a statement announcing Burns as his CIA director, Biden heaped praise on the longtime diplomat. “Ambassador Burns will bring the knowledge, judgment, and perspective we need to prevent and confront threats before they can reach our shores,” Biden said. “The American people will sleep soundly with him as our next CIA Director.”

Biden seems to truly believe that, those close to the decision told me. The president-elect worries relations between the intelligence community and the White House ruptured during the Trump years, and hopes that putting a respected figure with a close relationship to the president atop the CIA might make things better.

Burns is a great diplomat. Can he speak truth to power?

Burns served under five presidents, including in the Obama-Biden administration, and in each one he defended that team’s foreign policy around the world. Whether in Russia, the Middle East, or Washington, DC, Burns had to communicate the wishes of those in the White House to allies and adversaries alike.

But the job of CIA director is different. That person must sometimes to tell the administration what it doesn’t want to hear, even challenging the president’s own assumptions in briefings.

Burns has a somewhat checkered history in that regard.

Famously, Burns wrote a 2002 memo titled “The Perfect Storm,” warning of the numerous ways US-led regime change in Iraq could fall apart if the US wasn’t careful, in part because “we should have no illusion that it will be quick or easy.”

Yet Burns didn’t go as far as he later felt he should have in opposing the march to war. “In the end, we pulled some punches,” he wrote in his 2019 memoir, The Back Channel. “Why didn’t I go to the mat in my opposition or quit? … I still find my own answer garbled and unsatisfying.”

The memo is an interesting insight into Burns’s mind. He was willing to speak up to highlight the potential pitfalls of the administration’s policy, but he didn’t feel as comfortable outright opposing the policy. Perhaps that was a function of being a cog in a larger government machine. But as CIA director, being willing to present accurate intelligence to the president even if that intelligence isn’t what Biden wants to hear will be a key part of the job.

Because of his respected record at the State Department, few believe he’ll have any trouble sailing through Senate confirmation, especially with Democrats in charge of the chamber. That said, it’s possible some Republicans will bring up his role defending the State Department during the Obama years after terrorists killed four diplomats in Benghazi, Libya, including Ambassador Christopher Stevens.

The main question isn’t whether Burns will get to lead the CIA. It’s whether he can temper his decades of diplomatic training and instincts to best do the job and advise the president as needed.

The big problem with the animal crackers “cage free” box redesign
Lululemon’s ex-CEO wrote an “unauthorized” history of the brand. Here’s what we learned.
Elizabeth Warren has a plan to save capitalism
Benjamin Netanyahu just unveiled Israel’s newest town: “Trump Heights”
A contested convention — and why it probably won’t happen — explained
The 2019 fall movie season will be one for the history books