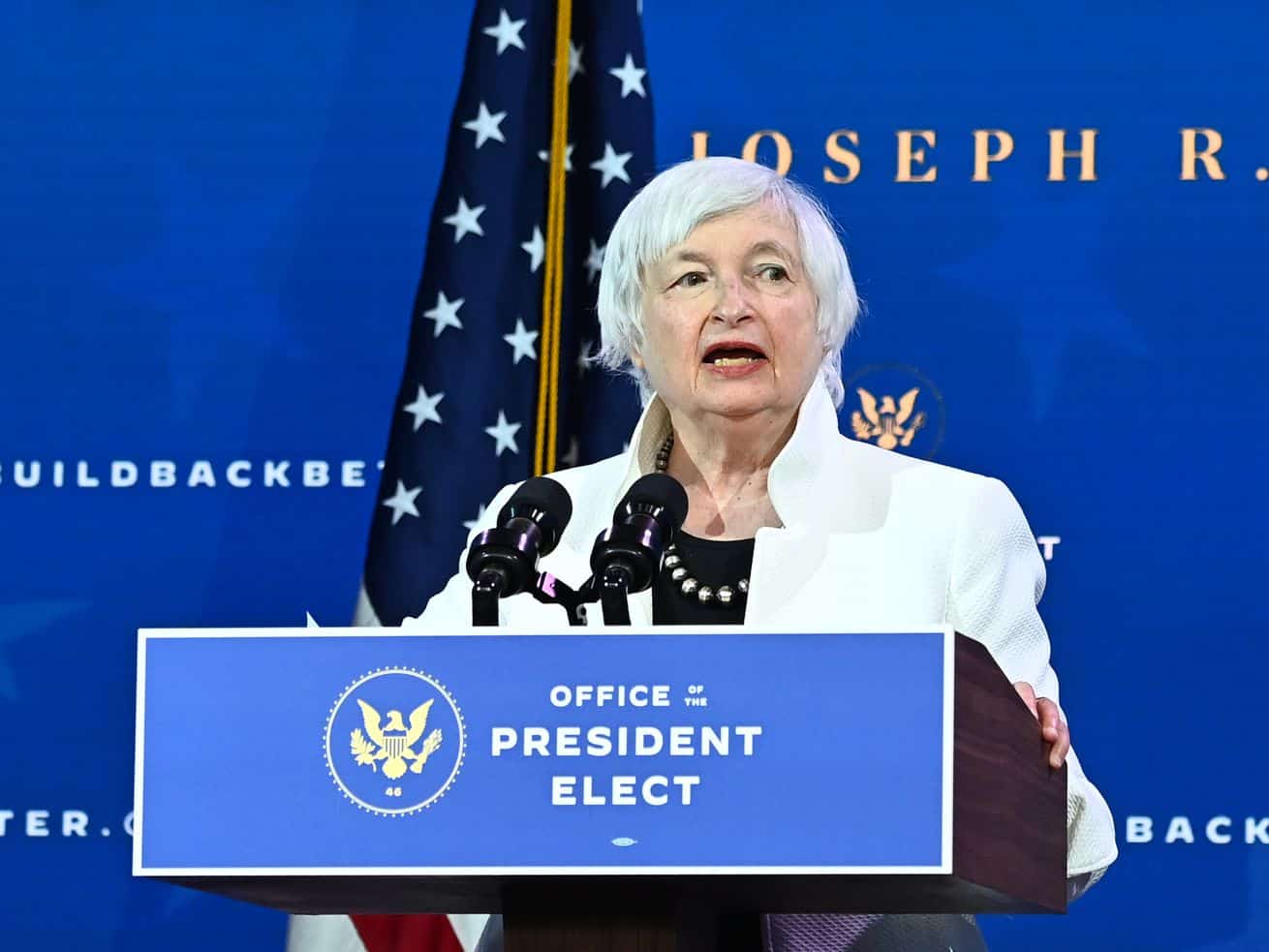 Biden’s plan to tax corporations will depend on the rest of the world going along.

President Joe Biden wants to raise taxes on corporations. Part of his success could hinge on getting the rest of the world to go along, or, at least, trying.

It’s no secret that companies would rather not pay taxes — and that they employ a litany of tricks and schemes, both domestic and international, to keep their tax bills low. Over the past 35 years, the average corporate tax rate worldwide has been more than halved, falling from 49 percent in 1985 to 23 percent in 2019. Despite efforts to improve the international tax regime, including with the 2017 tax law put in place under President Donald Trump, companies still find a plethora of workarounds. That includes profit-shifting, where companies book profits from higher-tax jurisdictions in lower-tax jurisdictions to lower their tax bills. Profit-shifting by American and foreign multinationals costs the US tens of billions of dollars a year as they remain undeterred from seeking out tax havens in places such as Bermuda, the Cayman Islands, Ireland, and Singapore.

The White House and some Senate Democrats are calling for revamping the US tax code’s approach to international taxation and trying to reduce profit-shifting further, including increasing the minimum tax on the overseas profits of American companies from 10.5 percent to 21 percent. Biden also aims to increase the US corporate tax rate from 21 percent to 28 percent. His administration appears well aware that one element that would make their efforts easier — or at the very least, ease concerns about US competitiveness and actually enforcing its tax rates — would be for the international community to go along.

That’s why the US is also throwing its weight behind the idea of a global minimum tax for countries to put in place worldwide. The hope is that it would stop countries from lowering their tax rates to attract investments and businesses in what many economists and politicians describe as a perpetual “race to the bottom.”

“Together we can use a global minimum tax to make sure the global economy thrives based on a more level playing field in the taxation of multinational corporations, and spurs innovation, growth, and prosperity,” said Treasury Secretary Janet Yellen in an April speech.

“The US government is serious, many of the European governments are serious, but with anything that’s multilateral, there are still risks and hurdles ahead”

Yellen is leading America’s charge with the Organization for Economic Cooperation and Development (OECD), an international economic organization, and the Group of 20 (G20) to establish a global minimum tax across multiple countries. The idea has been gaining traction within the OECD for quite some time, though it’s far from a done deal. The rate will likely be a sticking point (some countries would prefer a much lower minimum than others), and even if the OECD does reach an agreement, it’s nonbinding — individual countries would then have to figure out whether to enact it. Still, there’s progress.

“I think there’s a much better chance now that the US has gotten behind it,” said Craig Hillier, leader for international tax services at Ernst & Young Americas. “The US government is serious, many of the European governments are serious, but with anything that’s multilateral, there are still risks and hurdles ahead.”

In early June, there was some progress on the matter, after leaders from the Group of 7 (G7) said they would back at least a 15 percent global minimum tax rate. Secretary Yellen heralded it as a “significant, unprecedented commitment that provides tremendous momentum” toward a minimum tax becoming a reality. However, many obstacles to cementing a deal remain.

The US can try to clamp down on tax haven abuse, but only to a point

The US can take measures to try to make sure its multinational companies are paying their fair share in taxes, and efforts have been ramping up — to varying degrees of success — in recent years. “Irrespective of international coordination, I think the US can strengthen its rules against tax haven abuse,” said Seth Hanlon, a senior fellow at the Center for American Progress.

The 2017 Tax Cuts and Jobs Act, which was largely favorable to corporations, including multinationals, had some provisions to try to get at some international profits. It implemented the global intangible low-taxed income rate, or GILTI, of 10.5 percent, which was supposed to act as a minimum tax for offshore profits. And it tried to curb the practice of US companies paying high interest and royalties to foreign affiliates to try to lower their American tax bills.

But those provisions didn’t work all that well: As Chye-Ching Huang, executive director of the Tax Law Center at NYU Law, explained in recent testimony before the US Senate, “their design undermines their effectiveness, and retains incentives to locate profits or investment overseas in some circumstances, and increases those incentives in others.” Substantial profits remained outside of the law’s reach, and corporations still found ways to average out income and taxes so they could get around the minimum, among other issues.

“By relocating their profits in Bermuda and the Caymans, they can bring the foreign average down to the GILTI rate, and so there are still profits that are flowing to tax havens, despite the minimum tax,” Hanlon said.

Huang, in her testimony, was matter-of-fact: “Multinationals still shift hundreds of billions in profits offshore each year.”

Under Biden, the White House has laid out plans to overhaul parts of the tax code put in place in 2017, including the GILTI regime. Among other items, it would calculate the tax rate on a per-country basis, so companies couldn’t try to average out their German tax bill with their Swiss one, and it would increase the minimum tax rate to 21 percent. Sens. Ron Wyden (D-OR), Sherrod Brown (D-OH), and Mark Warner (D-VA) have also released a proposal on international taxation meant to tighten the US code, including righting some of the perceived wrongs in the 2017 bill.

Still, there are concerns that if the US continues to tighten rules and other countries don’t go along, it will be out on a limb. “The concern is that if the US has a minimum tax and no one else in the world has a minimum tax, there’s a disadvantage of being a US company versus being a company headquartered in another country,” Hillier said. “This is why the Biden administration has now stressed its strong support for a global minimum tax.”

A global minimum tax is basically what it sounds like: It would put a minimum tax rate on profits no matter where they’re coming from. Reuters has a good explainer here.

When US negotiators brought up the idea of the global minimum tax at the OECD under the Obama administration, they say they were basically “laughed out of the room.” But times have changed. Discussions within the OECD about a global minimum tax amid broader negotiations over cross-border tax rules are advancing, and while there’s still not widespread agreement on everything — the US has been the holdout on some issues — there’s hope a consensus could be on the horizon by midyear.

To be sure, the OECD is not a legislative body; all it can do is make recommendations. So if it were to reach an agreement on a global minimum tax, it would be up to countries to then implement it. That would take time, and isn’t a given. “One risk is that other countries don’t implement it; the other is that they probably won’t enact the same system as the US, they’ll do something different, and it’ll still be more favorable,” Hillier said. But the hope is that if enough countries put something in place, especially the ones that are home to big multinational corporations, it would be enough to make a difference.

The race-to-the-bottom problem has become increasingly apparent. As Jeff Stein outlined in the Washington Post, 76 countries cut corporate taxes between 2000 and 2018, while only 12 kept them the same and six increased them. Today, fewer than 20 countries have corporate tax rates over 30 percent, compared to more than double that number at the turn of the century.

There are some questions as to whether a global minimum tax is a good idea, Hillier noted. “There’s a question of, is tax competition a bad thing?” he said. Or, should the US be able to weigh in on what Ireland is doing, tax-wise? He added that tax havens also view themselves as playing an important role in the global economy.

While the US and other high-tax countries might prefer a higher global minimum tax than, say, countries where the corporate tax rate is lower, something might be better than nothing. And as Jordan Weissmann points out at Slate, even just some countries taking action could make a difference: 10 countries headquarter about 80 percent of multinational profits.

The US can act on taxes without getting the international community to follow, and there’s debate about what the impact of that would be. Sen. Pat Toomey (R-PA) has warned he believes that a global minimum tax will fail and argued that the administration’s push for it is an acknowledgment that Biden’s proposed corporate tax increase from 21 percent to 28 percent will make the US less competitive. “‘Race to the bottom’ is the way the Biden administration describes competition among developed countries to get to a tax code that attracts investment and maximizes growth. It is a race we should be leading, not trying to prevent,” he said in a statement in April.

Others say the competitiveness argument doesn’t hold as much water as figures such as Toomey would like. After all, before the 2017 tax bill, America’s corporate tax rate was 35 percent.

“Concerns about the competitiveness of US multinationals ignore the evidence,” said Kimberly Clausing, deputy assistant secretary of tax analysis at the Treasury Department, in Senate testimony in March. “Both before and after the 2017 Tax Act, US multinational companies are the envy of the world, not just for their high profits and market capitalization, but also for their tax planning acumen. US multinational companies paid similar effective tax rates as peers in other countries, even before the 2017 tax law dramatically lowered US corporate tax rates.”

At least for now, the Biden administration’s plan appears to be trying to bring other countries along in its attempt at further corporate tax clampdowns and sharpening its appeal. “Competitiveness is about more than how US-headquartered companies fare against other companies in global merger and acquisition bids,” Yellen said in March. “It is about making sure that governments have stable tax systems that raise sufficient revenue to invest in essential public goods and respond to crises and that all citizens fairly share the burden of financing government.”

A new Trump administration rule could hurt LGBTQ youth in foster care
President Donald Trump: Travel ban ruling a 'tremendous victory'
Nevada and South Carolina could make or break Buttigieg and Klobuchar
“A great day for 30 percent of America”: SNL takes on Trump’s acquittal in its cold open
The roster for the second Democratic debate will be determined this week
Experts say Covid-19 cases are likely about to surge