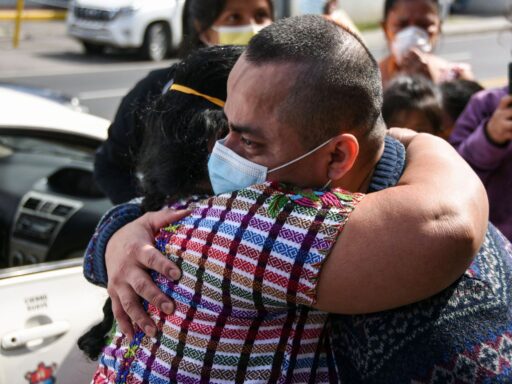 Biden is delivering on a key campaign promise on immigration policy.

The Department of Homeland Security announced Wednesday night that it would pause deportations of certain noncitizens for 100 days starting on January 22, delivering on one of President Joe Biden’s key campaign promises on immigration policy.

The agency said in a statement that the moratorium will allow it to “review and reset enforcement priorities” after the Trump administration sought to ensure that no undocumented immigrants — including families and longtime US residents — were safe from deportation.

“The pause will allow DHS to ensure that its resources are dedicated to responding to the most pressing challenges that the United States faces, including immediate operational challenges at the southwest border in the midst of the most serious global public health crisis in a century,” the agency said.

Given that immigration enforcement agencies have limited resources, presidents typically identify what classes of immigrants should be prioritized for deportation. Under former President Barack Obama, that included people who posed a threat to national security, immigrants convicted of serious crimes, and recent border crossers.

Trump essentially eliminated those priorities. The moratorium is supposed to give Biden a chance to reevaluate where the immigration agencies should dedicate resources.

According to a memo from Acting DHS Secretary David Pekoske, the moratorium will apply to any noncitizen in the US who has been ordered deported by an immigration judge, unless they arrived after November 1, or if they voluntarily gave up their right to stay in the US with full knowledge of the consequences and the opportunity to obtain legal representation.

Noncitizens can still be deported if they have engaged in terrorism or espionage or are suspected of doing so, or if they otherwise pose a threat to national security. The head of US Immigration and Customs Enforcement can also intervene in an individual case to order their deportation.

It’s not clear how broadly the Biden administration intends to apply those carve-outs, but they leave much up to agency discretion. Some immigration attorneys have expressed concern that people who relinquish their right to remain in the US often do so under duress from ICE officials and could be unfairly excluded from deportation relief.

The memo also outlines the Biden administration’s preliminary enforcement priorities, which seem to reflect the president’s promises on the campaign trail that he would only deport people who have been convicted of a felony and explicitly not people with a DUI. Obama, by contrast, had deported immigrants with DUIs and minor offenses.

Biden’s position on a moratorium on deportations evolved over the course of his campaign. In November 2019, he snapped at an immigration activist who asked him at a South Carolina town hall whether he would support the policy. He said that he would prioritize deportations only of those who have committed a felony or a serious crime, telling the activist to “vote for Trump” if that wasn’t good enough.

Under pressure from immigrant advocates, he eventually pledged to implement the moratorium last February. It was a signal that Biden, who had once struggled to answer criticism of record-high deportations while he served as vice president, would not simply revert to the status quo on immigration enforcement under Obama.

“This 100 day pause is a sigh of relief for so many people,” Lynn Tramonte, director of the immigrant advocacy group Ohio Immigrant Alliance, said in a statement. “After four brutal years of cruel and truly incomprehensible deportations, the US Government seems ready to inject some common sense into the enforcement of civil immigration laws.”

Trump’s allies in Congress are blaming the press for Trump’s performance in Helsinki
How wearing masks will change us
Study: male political reporters retweet other dudes 3 times more than their female colleagues
Amazon can’t end fake reviews, but its new system might drown them out
At home with YouTube’s favorite yoga teacher
Taylor Swift just broke her noted silence on politics to endorse two Tennessee Democrats