Biden’s border policies are under scrutiny. His administration is racing to find solutions. 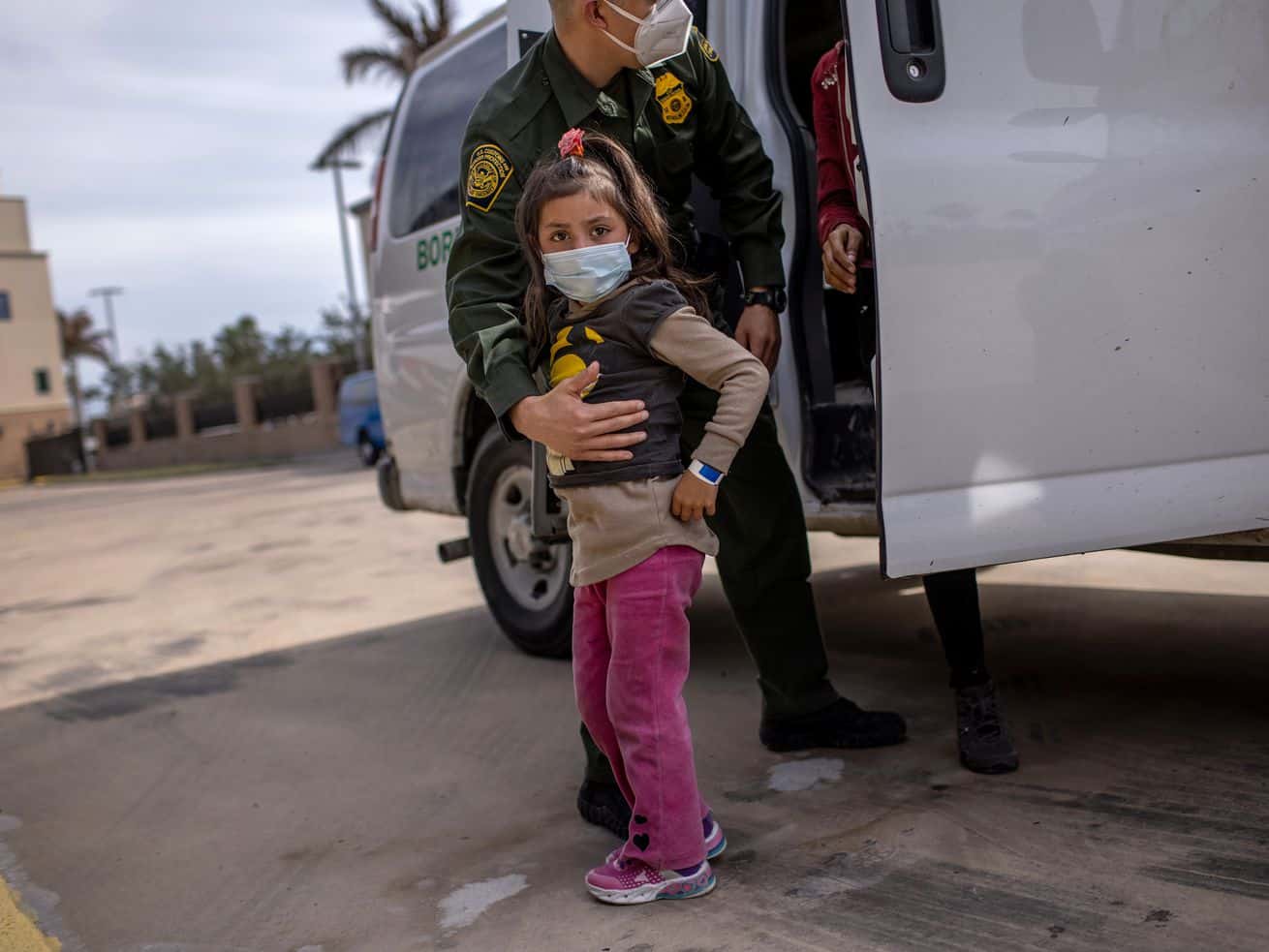 The Department of Homeland Security just announced plans to open new shelters for children and speed up processing at the border.

Homeland Security Secretary Alejandro Mayorkas announced new measures on Tuesday to accommodate increasing numbers of unaccompanied migrant children arriving on the southern border as the Biden administration comes under fire for detaining them in inhumane conditions.

“I came to this country as an infant, brought by parents who understood the hope and promise of America,” Mayorkas said in a statement. “Today, young children are arriving at our border with that same hope. We can do this.”

Mayorkas said that the administration is opening a new temporary influx center in Arizona to house migrant children, in addition to the centers in Carrizo Springs, Dallas, and Midland, Texas. These kinds of facilities are not subject to the same level of oversight as permanent shelters operated by the Department of Health and Human Services and are relatively costly.

But they are better equipped to administer care to children than US Customs and Border Protection intake facilities along the border, which were designed to hold single adults. As of Sunday morning, more than 4,200 children were reportedly being detained in those facilities, most beyond the 72-hour legal limit before they are required to be transferred to HHS custody. Some have been forced to sleep on gym mats with foil sheets and have not been allowed to go outside for days at a time, the New York Times reported.

Mayorkas also said that the administration will open new processing centers jointly operated by CBP and HHS so that children can be “placed in HHS care immediately after Border Patrol encounters them,” as well as opening additional facilities that can temporarily house unaccompanied children until they are released to family members in the US or other sponsors, including foster families.

While most migrants are still being turned away at the border on pandemic-related grounds, the Biden administration announced in February that it would accept unaccompanied children in a reversal of Trump-era policy. Most of them have been stranded in Mexico for a year, despite their right to seek protection under federal law, and are now seeking to reunify with family in the US.

Since 2014, the number of unaccompanied children arriving at the southern border has remained above 40,000 annually, peaking at more than 72,000 in 2019 under Trump.

In addition to announcing measures aimed at ensuring that unaccompanied children are treated humanely, Mayorkas identified potential long-term policy solutions as immigration agents prepare to encounter more immigrants on the southern border than they have in the past 20 years.

He said that the administration is working on a new regulation that would speed up asylum adjudications such that the process would take months, rather than years, while “ensuring procedural safeguards and enhancing access to counsel.” It’s not clear what mechanisms the administration will use to do so, but it’s the kind of reform that immigrant advocates have been calling for — so long as it does not infringe on asylum seekers’ due process rights.

The administration is also planning to help Mexico expand its capacity to accept more migrant families. Last month, Mexico stopped accepting some families with children under the age of 12 due to a change in its laws concerning the detention of children, so they have been released into the US instead on a case-by-case basis. But, problematically, that could lead more families to simply send their children to the border unaccompanied, knowing that the US will accept them, but leaving them more vulnerable to drug cartels and human traffickers.

In addition to collaborating with Mexico, the administration is seeking to work with Central America’s “Northern Triangle” countries — Guatemala, Honduras, and El Salvador — to create processing centers in those countries that would screen migrants to see if they are eligible for humanitarian protections, including asylum.

But it’s not clear whether that will dissuade migrants from making the perilous journey north. Many of them are desperate: Pandemic-related economic deterioration and hurricanes that devastated Central America late last year, as well as more longstanding issues such as gang violence, government corruption, and crop failures due to climate change in the region, are among the factors pushing people out of their home countries.

Mail has never been more important. Here’s what it’s like to be a postal worker now.
The techlash is real, and Silicon Valley should be worried, says BuzzFeed’s Ben Smith
The absurd controversy over Joe Biden’s “transition away from the oil industry”
A pandemic killing tens of millions of people is a real possibility — and we are not prepared for it
During the worst summer of our lives, I didn’t have internet. It was the best.
The brilliance of Alexandria Ocasio-Cortez’s bold campaign design