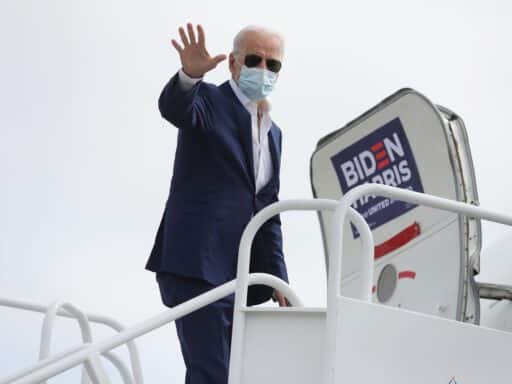 The current vaccine campaign is not going well. Former President Donald Trump and his administration promised to get 20 million Americans vaccinated and 40 million doses out by the end of 2020. Three weeks into the new year, the country hasn’t reached either goal, based on data from the Centers for Disease Control and Prevention.

I’ve talked to a lot of experts over the past few weeks about what’s going wrong. They caution that a massive vaccine campaign was always going to be difficult, including in the US. But they point to one major thing Biden can do that Trump didn’t: bring the full powers of the federal government to bear on the issue.

While the Trump administration bought millions of vaccine doses and sent them to states, its efforts by and large stopped there. A Trump official characterized more support as an “invasion” of the states. State and local groups asked for $8 billion for vaccine efforts, but Trump’s White House gave a paltry $340 million. (Congress authorized $8 billion in the stimulus deal passed in late December.)

Based on my conversations with experts, Biden will need to do three key things to fill the leadership void:

1) Address “last mile” problems. The issues slowing down vaccination right now — equipment breaking down, long lines, and insufficient staffing at vaccination sites — come from what experts call the “last mile” of the supply chain, when vaccines go from storage to shots in arms.

The problems vary from place to place, so Biden will need to work closely with local and state officials and private organizations to solve them. One idea from Nada Sanders at Northeastern University is a “backward scheduling” system: Set a vaccination goal for each locale, then work backward to see what plans and resources are needed, and what potential bottlenecks must be addressed, to achieve that goal.

2) Be vigilant about new supply problems. Especially as the vaccine rollout expands, new problems on the supply side, such as insufficient vaccine doses, are likely — that’s part of handling a complex supply chain. The Biden administration needs to work closely with local, state, and private organizations to make sure it catches these problems early.

3) Persuade more Americans to get vaccinated. Based on public opinion surveys, at least one-quarter of Americans are hesitant about getting a vaccine. And to reach herd immunity, 70-plus percent of Americans must get vaccinated. That’s cutting it pretty close. A federal awareness and education campaign could close the gap. If that doesn’t work, the government might need to push people to get vaccinated through financial incentives, or even a mandate.

All three steps require more communication. The Trump administration was wildly inconsistent and even contradictory in its messaging, and that’s a big reason the US has struggled so much with Covid-19 in general. A Biden administration can, at the very least, make its messaging and guidance more consistent.

A lot of this is simply what you’d expect from the federal government during a national crisis. But Trump didn’t do it.

Biden has already promised to do more: He’s announced a $400 billion Covid-19 plan and a vaccine plan, vowing to release and produce more vaccine doses, send more support to states, build mass vaccination centers, and use mobile units to reach undercovered areas. He wants 100 million shots in his first 100 days, enough for 50 million people — though some experts now say that’s not enough.

If he gets this right, Americans could be getting back to normal sooner. If not, the country’s Covid-19 crisis could drag on, with each day bringing thousands more preventable deaths.

For more on what Biden can do on vaccines, read my full explainer.