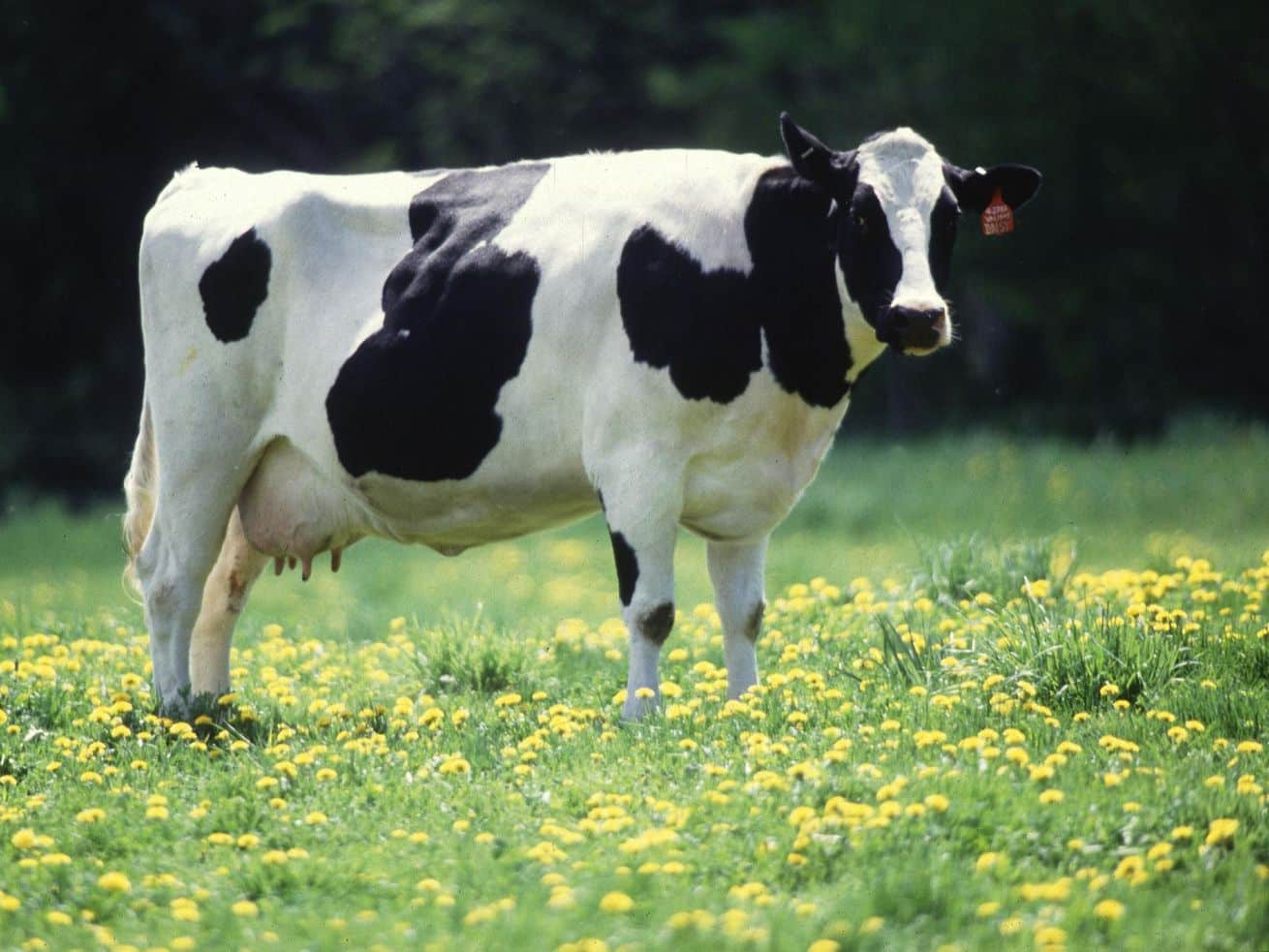 Biden’s not taking away your meat, as Republicans claimed this weekend. But partisan conflict over eating animals is just getting started.

Over the weekend, Republicans accused Joe Biden of trying to ban meat.

The claim, which you’ve heard from the likes of Donald Trump Jr. and Texas Gov. Greg Abbot, is that Biden’s climate plan will prohibit Americans from chowing down on burgers in an effort to limit greenhouse gas emissions associated with industrial agriculture.

On Fox News this Friday, former Trump economic adviser Larry Kudlow warned of a Fourth of July where “you can throw back a plant-based beer with your grilled Brussels sprouts” (Kudlow doesn’t seem to be aware of what beer is made from). Rep. Marjorie Taylor Greene (R-GA) dubbed Biden “The Hamburglar.”

Of course, Biden’s climate change plan does not limit meat-eating in any way. A Washington Post fact-check traced the burger-banning Biden myth back to a misleading article in the Daily Mail, a UK tabloid known for sensationalist coverage and right-wing politics. Biden’s actual climate policies so far have focused on reducing emissions from cars and power plants, with no effort to block meat production or consumption.

At first blush, this is yet another instance of a fake outrage cycle in the right-wing echo chamber pegged to a lie. But there’s something more distressing here too — it’s the latest example of how efforts to curb the climate crisis and our reliance on meat are becoming just the latest flashpoints in our all-consuming culture wars.

The grain of truth in the Republican claims (agri-pun intended) is that any serious climate change plan needs to do something about meat production. A recent paper in Science, a leading academic journal, found that food-related emissions alone put the Paris climate agreement’s warming target of 1.5 degrees Celsius out of reach. The most effective way to address these emissions, according to the paper’s authors, is a global shift away from meat consumption.

Biden’s climate policies so far have not advanced this goal, so those conservative potshots over the weekend were lies. But here’s the thing: Biden’s plan absolutely should do something about industrial farming. Any plan to tackle climate change should do something to decrease America’s reliance on the meat industry — moonshot subsidies for lab-grown meat, for example.

But everything nowadays is bound up in our political identities, and meat has a cultural and economic significance few other things can match. Anything Democrats propose to address the problem of animal agriculture’s emissions will be — is already being — met by major backlash from the right.

Increasingly, America’s meat-eating ways are being subsumed into our culture wars. It’s yet another sign of how polarized our country is and how hard this polarization makes tackling a catastrophic threat like climate change.

The anatomy of a meat smear

On Thursday, the Daily Mail published an article with a characteristically inflammatory headline: “How Biden’s climate plan could limit you to eat just one burger a MONTH.”

The use of the word “could” there is crucial, as the article’s content is entirely speculative. It takes Biden’s recently announced climate change targets — cutting 50-52 percent of America’s emissions per month — and attempts to make projections about what policy changes might be needed to reach that target. Though Mail reporter Emily Crane admits that Biden “has yet to release any firm details on exactly how such a plan will affect the daily lives of ordinary Americans,” she goes ahead and makes some sketchy guesses.

“Americans may have to cut their red meat consumption by a whopping 90 percent and cut their consumption of other animal based foods in half,” Crane writes. “To do that, it would require Americans to only consume about four pounds of red meat per year, or 0.18 ounces per day. It equates to consuming roughly one average sized burger per month.”

The estimate is based on a University of Michigan paper on how much hypothetical diet changes could reduce American climate emissions, which found that the US could achieve a 51 percent reduction in food-related emissions by reducing beef consumption by 90 percent and all other animal-based foods by 50 percent. But there is no evidence presented that the Michigan estimate is informing Biden’s climate policy.

We cannot assume that, in order to hit a 50 percent reduction overall, Biden would attempt to reduce emissions in each sector of the economy by exactly 50 percent. The plans for the agricultural sector may end up being more or less than that, and they may aim to accomplish them by means other than reducing domestic meat consumption (like reducing the use of nitrogen in plant agriculture). As the Mail itself admits, we genuinely have no idea.

Despite these flaws, the Mail’s article took off in the right-wing media world, with many interpreting it as an actual summary of Biden’s policy aims. According to the Post’s fact-check, the most influential vector was Fox News, which made an easily shareable infographic about “Biden’s climate requirements” that launders the Mail’s misinformation as an authoritative claim about Biden’s plan stemming from the University of Michigan itself.

On Monday, Fox News’ John Roberts admitted the error on-air: “a graphic and the script incorrectly implied it [the Michigan study] was part of Biden’s plan for dealing with climate change. That is not the case.” But it was too late: the graphic had already motivated of the more prominent false claims on social media, with prominent conservatives retweeting it as though it were accurate:

Not gonna happen in Texas! pic.twitter.com/zqYS9kH8CU

I’m pretty sure I ate 4 pounds of red meat yesterday. That’s going to be a hard NO from me. https://t.co/wvGC19cN6R

As we’ve seen in the past, lies that circulate unchallenged in the right-wing media ecosystem can sometimes harden into myths. Birtherism and the Obamacare “death panel” rumors began as fringe claims pushed with little to no factual basis; once amplified by conservative media, they became widely embraced by the GOP base and elements of the official Republican Party. The notion that the 2020 election was somehow stolen, while similarly factually challenged, spread even faster (largely because its progenitor was also the incumbent president and party leader).

Because so many conservatives distrust the mainstream media, fact-checks like the Post’s are not going to change the Fox-Republican narrative. As Biden continues to roll out his climate change policies, expect some conservatives to say it bans beef — even if it does nothing of the kind.

The culture war over meat begins

Here’s the problem, though: If Biden’s climate plan doesn’t do something about meat, it’s probably going to fail.

Globally speaking, livestock production represents a significant portion of overall greenhouse gas emissions. The reasons for this are intrinsic to meat production itself; there is no way for humans to consume meat in the way we do without abetting catastrophic warming.

There is, in short, no way around the problem: If we want to keep climate change at a manageable level, we need to change the way we produce and consume animal products.

The Biden administration may or may not eventually take steps to deal with this problem. But the hysterical reaction to a falsehood that it is going to be doing so suggests just how explosive the reaction will be if Biden actually moves in this direction.

Both in the United States and globally, meat’s cultural significance is hard to overstate. Humans have eaten animals for millennia, and it’s become deeply ingrained in our cultural rituals and self-understanding. In America, meat is linked with masculinity and ideals about the virtuous traditional American farmer — central concepts in a Republican Party dominated by culturally conservative rural whites.

To make matters worse, animal agriculture is also a huge business, meaning that billions of dollars would likely line up behind pro-meat Republicans. A new study reported by my colleague Sigal Samuel found that animal agriculture industries have already spent millions trying to undermine climate policy, when there’s been no federal effort to intentionally reduce American meat consumption. Imagine how hard they’d fight if there was one.

This conjunction of forces — the cultural power of meat and the interests of Big Agriculture — make the issue of reducing meat consumption politically challenging.

When a draft FAQ about the Green New Deal mentioned the problem of animal methane emissions, conservatives responded by falsely claiming the policy would ban cow production — seeing this as a potent attack line. There’s a reason Biden’s team responded to the current rumors by tweeting a picture of Biden grilling patties: This is a fight they don’t want to have directly.

Even the most palatable meat alternatives, like lab-grown meat and Impossible-style plant proteins, threaten both conservative self-images of America and the bottom line of the agriculture industry. When current Sen. Jon Ossoff (D-GA) ate at a plant-based vegan restaurant in Atlanta during the 2020 campaign, his opponent David Purdue mocked him by tweeting a picture of himself eating bacon. The caption? “Pick your side, America.”

The unstoppable force of climate change advocacy on the left is about to hit the immovable object of attachment to meat on the right. The resulting fight will implicate issues at the very core of American identity, a country where animal agriculture is a major part of our mythologized cowboy past and economic present.

With the stakes so high, there’s every reason to believe that meat could be the next big fight in our all-consuming culture war. “Biden bans burgers” isn’t a one-off lie; we may look back on it as the meat wars’ Fort Sumter.

Health care workers are running out of face masks. They’re asking people to donate.
Hurricane season 2018: what scientists are predicting
The debate around putting an end to all government shutdowns, explained
The delegate math for Biden and Sanders after Super Tuesday, explained
Joe Biden has won. Here’s what comes next.
Why there aren’t more polls about the Nevada caucuses