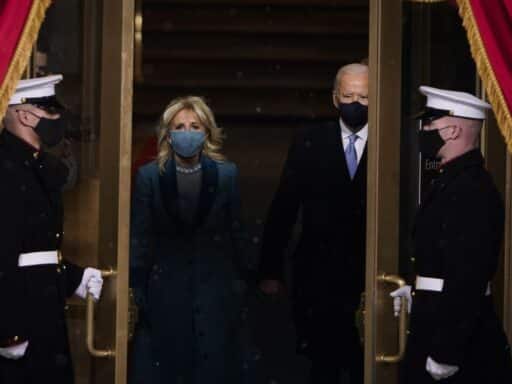 President Joe Biden already announced a $400 billion Covid-19 plan as part of his $1.9 trillion economic relief proposal. But while he waits for Congress to act on those proposals, Biden is taking a dozen executive actions to tackle the US’s most pressing public health crisis.

Behind the executive actions is Biden’s “National Strategy for the Covid-19 Response and Pandemic Preparedness,” announced Thursday. The plan aims to restore public trust, scale up vaccination, expand testing and masking, reopen schools and businesses safely, and more — all with an eye on equity in terms of race, ethnicity, and urban-rural divides.

The Biden team emphasized that it’ll need Congress — particularly for funding — as well as state, local, and private actors to fully implement the plan. But Biden is doing what he can for now.

The bulk of these actions will come on Thursday, Biden’s second day in office. He’ll leverage the Defense Production Act to try to make more vaccines, tests, and protective equipment such as masks. He’ll establish a pandemic testing board in order to expand testing supplies, access, and the public health workforce. He’ll provide guidance to help schools and businesses reopen safely. He’s directing the Federal Emergency Management Administration (FEMA) to start establishing community vaccination centers. And that’s just for starters.

Those actions follow on Biden’s more limited first-day executive actions — requiring masks on federal property, committing the US to rejoin the World Health Organization, and creating (or reestablishing) federal positions and agencies to handle Covid-19 and broader disease outbreak response.

Biden’s first- and second-day actions are on top of the plans his team released last week, including a $400 billion Covid-19 plan that will require Congress’s approval and a national vaccine plan.

The steps vary in their significance, from the more symbolic to the more substantial. A mask mandate on federal property won’t affect much of the population, but it signals that the government takes this issue seriously. At the same time, the federal government supporting and building mass vaccination centers could really help get Covid-19 vaccines out to many more Americans — helping end this pandemic sooner, if it’s done correctly.

More broadly, the national plan and executive actions mark a clear shift from the previous administration. President Donald Trump generally took a hands-off approach to the pandemic — leaving the bulk of the work on masks, testing, contact tracing, and vaccines on states to figure out. Biden’s plans and actions signal that’s going to change, starting immediately.

It comes at a crucial time. As America’s Covid-19 vaccine campaign continues to falter, the country is experiencing some of the highest numbers of coronavirus cases and deaths in the world. Whether Biden fixes all of this could decide the trajectory of his presidency — and may help prevent potentially tens or hundreds of thousands of more American deaths.

What Biden’s plan and executive actions will do

For much of the past year, a major complaint from experts was that there was no national plan for Covid-19. To the extent any plan was communicated at all, it’s that Trump and his administration didn’t see a larger federal role in response to the pandemic — such as when the Trump administration put forward an outline describing the federal government as merely a “supplier of last resort” on testing.

Now Biden is releasing a national plan. It’s a broad outline, but the general idea is that the federal government should take a more hands-on strategy: providing reliable guidance to the public; proactively supplying states with the resources they need to test, contact trace, and vaccinate; taking a stronger global role on pandemic response; and emphasizing equity in all aspects of the administration’s work.

At the top of the agenda is the overarching goal: 100 million vaccine shots in 100 days. Some experts argue that goal doesn’t go far enough, but the Biden administration says it’s faster than the current vaccination rate and only the start of a process that will span months.

Biden’s team repeatedly acknowledged to reporters that they’ll need Congress’s support to get all of this done, including meeting the administration’s vaccination goal. But Biden is trying to get the ball rolling with a suite of executive actions that, in the administration’s view, chip away at some of the current gaps in the federal response.

Here are some of the major points of Biden’s executive actions:

For more details, the administration has put up fact sheets for its actions on its first and second day.

In part, the actions undo some of Trump’s moves. That’s most obviously true for rejoining the WHO. But it’s also true for the Directorate for Global Health Security and Biodefense, which the Trump administration disbanded before the Covid-19 outbreak; Obama’s administration had set up the team after the 2014-2016 Ebola outbreak in West Africa to help the country prepare for future disease threats.

The actions also signal Biden’s broader agenda on Covid-19. He’s pushing against the limits of his executive powers to boost the production of vaccines, tests, and other supplies in a fight against Covid-19. He’s also effectively created a Covid-19 czar role to oversee future efforts.

It’s part of a more involved approach to Covid-19 than Trump took. That also includes potential legislation, which will have to be passed by Congress, pumping $400 billion into Covid-19 efforts — like a boosted vaccine campaign, scaled-up Covid-19 testing, and a new public health workforce of 100,000.

Biden’s executive actions lay some of the groundwork toward actually achieving what he’s promised on Covid-19. The questions now are if he will succeed — and if it will be enough to turn around one of the world’s worst coronavirus outbreaks.

Biden is embracing a bigger federal role on Covid-19

Underlying Biden’s plans on Covid-19 is a concept that the Trump administration rejected: a larger federal role to fight the coronavirus.

To that end, none of what Biden is proposing is new or particularly radical. They’re the kinds of things that experts have been putting forward for a year now. They’re in many ways what one would expect the federal government to do in response to a disease outbreak — indeed, some of the steps Biden has taken simply revive policies from past administrations.

But the Trump administration rejected more aggressive steps on Covid-19. Whether it was protective equipment, testing, or contact tracing, Trump and his team repeatedly insisted that the federal government would only play a supplemental role to the states. Trump never came up with anything resembling a national plan on Covid-19, pushing the states to do the bulk of the heavy lifting.

As Trump’s last days in office counted down, that culminated in a messy vaccine rollout. While there are many factors contributing to America’s slow vaccine efforts — including the country’s size, sprawl, and segmented health care system — a key contributor is the lack of federal involvement. In effect, the Trump administration purchased tens of millions of doses of the vaccines, shipped them to the states, and then left the states to figure out the rest.

When asked about the botched vaccine rollout, the Trump administration stuck to its anti-federalist stance — arguing that it’s on states and localities to figure out how they can vaccinate more people. Brett Giroir, an administration leader on Covid-19 efforts, argued, “The federal government doesn’t invade Texas or Montana and provide shots to people.”

Characterizing greater federal support for Covid-19 efforts as a federal invasion is absurd, but it’s emblematic of the Trump administration’s approach to the coronavirus as a whole.

That’s what Biden is pushing to change.

Much of Biden’s agenda will require congressional approval — particularly parts that require more money — and it’s possible Congress, now barely held by Democrats, could scoff at a high price tag.

And a lingering question has been how much of the US’s failure on Covid-19 is on Trump and a lack of federal involvement versus longstanding, broader structural problems (not least the country’s fragmented style of government and health care systems). Biden may show that weak federal governance was the problem — or he may not.

It all begins, though, with Biden’s executive actions during his first two days.

America’s largest auto retailer sells customers used defective cars, a report says
Can anything change Americans’ minds about Donald Trump?
Understand the unfolding coronavirus pandemic with these Vox podcast episodes
Brit Bennett on publishing The Vanishing Half during the George Floyd protests
“We’re in the climax of a movie”: Tim Urban on humanity’s wild future
Americans increasingly believe Russia meddled in the 2016 election