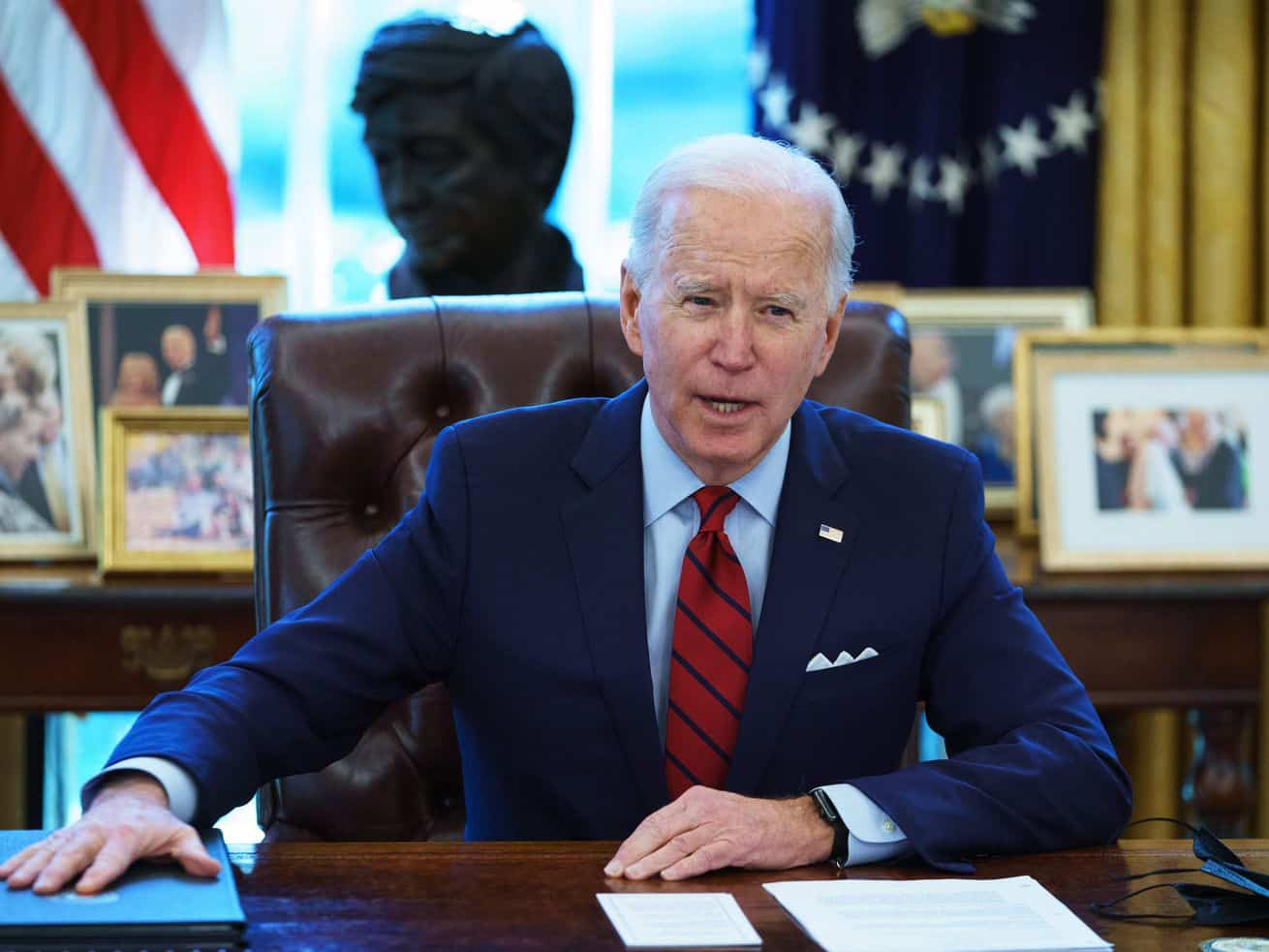 Biden is continuing to prioritize immigration during his first weeks in office.

President Joe Biden will announce three executive orders on Tuesday that are aimed at reuniting families separated by the Trump administration, improving access to the asylum system, and removing barriers to legal immigration.

It’s the second batch of executive actions on immigration that the president will have issued since taking office, signaling his continued commitment to the issue as a key priority.

The first seven executive actions that Biden issued concerned a number of former President Donald Trump’s most controversial immigration policies: the travel ban, construction of the southern border wall, and his attempt to end protections for young undocumented immigrants through the Deferred Action for Childhood Arrivals program. In some ways, these early actions represented the low-hanging fruit; Biden could walk back Trump’s policies quickly and with immediate, visible effect.

According to a memo shared with reporters, Tuesday’s actions are instead directed at undoing Trump’s complex web of regulations and policy changes and laying out some of Biden’s priorities to reform the immigration system administratively. While immigrant advocates were hoping that he might end pandemic-related restrictions on visas and at the border or a program that has trapped asylum seekers in Mexico, it’s now clear that those policy changes won’t happen immediately.

Here’s what Biden is expected to announce:

Biden will announce the creation of a task force to reunite separated immigrant families — the first step in making amends for one of the Trump administration’s cruelest immigration policies.

A federal judge ordered the Trump administration to stop the separations in 2018 after more than 5,000 families were separated. Attorneys still can’t find the parents of more than 600 children who were identified as part of a court settlement; many of the parents were deported back to their home countries, while others are believed to be in the US. But there may be many more affected children who have yet to be identified.

The task force, which will be chaired by the Secretary of Homeland Security (Alejandro Mayorkas, Biden’s nominee, is expected to be confirmed on Tuesday) would aim to identify any remaining separated children, reunite them with their parents and make recommendations as to how to ensure that the federal government does not repeat the policies and practices that led to the separations.

A senior administration official said that the task force will examine each case on an individual basis, taking into account the preferences of the parents and the well-being of the children. They might consider offering visas or immigration parole, a kind of temporary permission to enter the US, to affected families, the official said.

Lee Gelernt, an American Civil Liberties Union attorney representing separated families, has been calling on the administration to also facilitate congressional hearings investigating the policy, offering the families legal status in the US and setting up a victims fund, among other provisions.

“All the families must be immediately reunited in the United States, and then given permanent legal status and restitution for the abuse they suffered under the Trump administration,” he told Vox.

There also remains a question at to what should happen to families that have been separated again after being reunited, usually in cases where the parents are deported while the children have pending applications for protection in the US.

Biden is laying out a framework to reform asylum policy

Biden will issue an executive order implementing a broad, three-part plan to improve access to the asylum system and address the root causes of migration.

According to the memo, the administration will address the “instability, violence and economic insecurity” that is driving Central American migrants out of the their home countries. It will work with foreign governments, international organizations and nonprofits to ensure that people can seek asylum and economic opportunities in Central America as an alternative to traveling to the US. And it will develop policies to ensure that migrants arriving on the southern border can seek protections to which they are legally entitled, as well as eliminate or review ones promulgated by the Trump administration that all but shut the door on asylum seekers.

Among the policies that the Biden administration will be required to review under the executive order is the Migrant Protection Protocols, also known as the “Remain in Mexico” policy, under which Trump sent tens of thousands of migrants back to Mexico to wait for their court hearings in the US.

More than 67,000 migrants are currently enrolled, or were previously subject to the program, a number of whom continue to wait in encampments along the US-Mexico border to be called in for their court dates in the US. Before the pandemic, asylum seekers would often have to wait months for a hearing. But in March, the Trump administration suspended all their hearings indefinitely on account of the Covid-19 pandemic.

Biden has started winding down the policy, ceasing to newly enroll migrants in the program as of January 21. But he has so far stopped short of ending it entirely.

A senior administration official said that people who are currently enrolled in the program will be offered a new pathway to pursue their petitions for protection once Biden develops broader policies to process asylum seekers. The administration does not have a timeline for implementing those policies yet, but the official said that people subject to MPP will be prioritized, given how long they have been waiting and the conditions in which they have been waiting.

The administration will have to consider who among the migrants subject to MPP are the most vulnerable and how they can process them while maintaining safeguards for public health amid the pandemic.

Biden is trying to eliminate obstacles to legal immigration

Biden will issue an executive order reviewing Trump-era regulations, policies, and guidance that have made it harder for people to legally immigrate to the US, including the controversial “public charge” rule.

The complex, 217-page rule imposes a wealth test on immigrants applying to enter the US, extend their visa, or convert their temporary immigration status into a green card. The rule represents one of Trump’s harshest blows to legal immigration yet and has had the effect of deterring immigrants from seeking out much-needed public services amid the pandemic.

Though the administration isn’t rescinding that rule just yet, it will, as part of the executive order, rescind a Trump memorandum that required people who were sponsoring their family members for immigration benefits to repay the government if their relatives received public benefits.

The executive order also establishes a Task Force on New Americans aimed to facilitate immigrant integration and aims to streamline the naturalization process for the more than 9 million people who are eligible to become US citizens. As part of that, the administration will address the substantial backlog of citizenship applications, assist members of the military stationed abroad with applying for citizenship, and coordinate with state and local governments.