Bigfoot erotica is climbing the rankings on Amazon 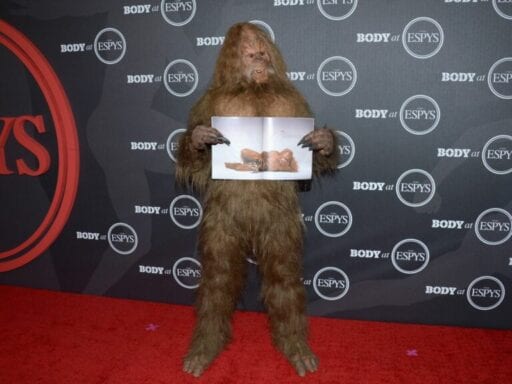 Welcome to Vox’s weekly book link roundup, a curated selection of the internet’s best writing on books and related subjects. Here’s the best the web has to offer for the week of July 29, 2018.

Of all the books I have reread to comfort myself, I have turned most often to Hardwick’s “Sleepless Nights,” not without a little bitter tang of irony because of its title. The book didn’t dovetail with my heart on the first reading, but the world has changed around me, and now I find myself hungering for its particularity, the steady voice of Elizabeth Hardwick a balm to my aching, vulnerable mind.

Being a midlist writer is the most tenuous position in publishing. Believe it or not, it’s not the first book that’s the most difficult to publish. When you’re trying to sell your first book, you have no track record, no sales figures. It’s all promise and hope. Down the road, after three, four, five books, everyone can see — via your downward sales and media trajectories — how short you’ve fallen of your promise, and it becomes harder and harder to get a publisher interested in your next project.

Freedom of expression is so fundamental to a writer that it can come as a shock to discover how many celebrated literary figures of the 20th century were drawn to fascism. The very notion that writers of the stature of Ezra Pound, Wyndham Lewis or Norwegian Nobel Prize-winner, Knut Hamsun, could openly condone a regime that publicly burned books, or tortured and killed people simply for expressing a view, is deeply perplexing. Yet T.S. Eliot is among those who have been charged with fascist leanings, while W.B. Yeats was a supporter of the Irish Blueshirts.

Talking to Vanderkam—best-selling author, empress of time—I suddenly felt smart, capable, and not like someone who would open Instagram on her web browser just because she’s too lazy to get her phone out.

“If you’ve written 800-word articles in a day,” Vanderkam assured me, “you’ve already written a book in six months anyway. You just have to do a little, then do a little bit more.”

When PW spoke with Romo, she disclosed that she had been wary of querying agents since firing Smith, as “they don’t respond anyway,” and that perhaps there simply wasn’t a market for her work. “I doubt I’ll ever be published,” she said.

In a subsequent email, however, she reported that she has since realized that since her work had never been sent to any editors, “I have nothing on which to base that impression.” She has since queried eight agents who had offered Smith’s former clients their sympathies and indicated that they were open to submissions from them—although Romo concedes that she still fears being fooled again.

“It’s scarier to query than it was three years ago,” she wrote. “But I’m determined to rise up and not berate myself for being duped. I have since felt vindicated for having the doubts that I had. I was right on, but had been told by the whole writing world to trust my agent. So I did. But if I don’t trust her—[I can’t] say anything critical or I’ll never get another agent. So I didn’t.”

Every few days or weeks, just when I started feeling positive about my biblio advancements, one of these messages would come across the transom: “Updates from…” Upon opening it, I’d find out that someone who I knew had a full-time job and active social life had finished two novels in the time it’d taken me to get through the jacket blurbs on David Sedaris’ latest essay collection. Deflation followed. Not only did I feel uninformed and slow, I felt somehow left out. I like talking about books, and thanks to Goodreads I had a constant reminder of all the great books I hadn’t read and all the conversations I couldn’t yet join. It was pure literary FOMO.

You’ll most likely find the jackets wrapped around fiction by women, but rarely are they expressly feminine—gone are the cartoon silhouettes or kicky cocktails. They’re usually pure maximalism, a corrective for the single green plant against a white-walled interior, which took over decor and fashion photography circa 2015, or millennial pink, which took over everything else.

5 ways to prevent another 100,000 coronavirus deaths in the US (and beyond)
Welcome to The Goods by Vox
Over half of the movies released in the last 50 years were rated R
4 top 2020 Democrats vow to reverse Trump’s new landmine policy
Live results for the August 4 primaries
Exclusive: Democrats have a new plan to keep millions of laid-off workers insured