Black voters exist in the Midwest. Democrats, ignore us at your peril. 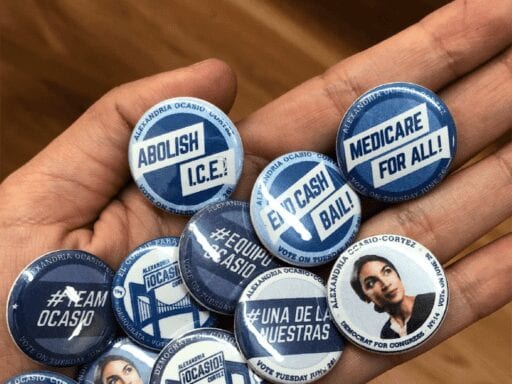 Progressive candidates will fail in the Midwest if they erase voters of color.

But skeptics insist that the success of left-wing candidates in local districts across the country are a narrow phenomenon contingent on regional distinctions and, more specifically, the sorts of bodies that inhabit these communities. For the doubtful, the Midwest, a region as mythologized as it is misunderstood, has become the perfect symbol for the infeasibility, on a broad scale, of a leftist platform.

Illinois Sen. Tammy Duckworth captured the feeling when she said of Ocasio-Cortez’s victory: “I think it’s the future of the party in the Bronx … I don’t think you can go too far to the left and still win the Midwest.”

As a black Midwesterner from one of its poorest and most reviled cities, I was struck not only by the deep inaccuracy of this view but also by the way it revealed a profoundly limited imagination of what’s politically possible. The views expressed by Duckworth, whatever their intended purpose, effectively wipe black and brown people — and our political priorities — from the Midwest’s landscape. You don’t need to be an expert in political communication to decode what’s happening here.

When you pit “the Bronx” against “the industrial Midwest,” you set them up as entirely different planets inhabited by wildly dissimilar creatures. The Bronx represents people of color living amid violence, poverty, and smoldering ruin. Meanwhile, “the industrial Midwest” conjures up storybook images of stout factories, plains unfolding into the horizon, and small, all-white industrial towns filled with people who just wish we could get back to the basics of family, church, and the dignity of hard work. These scenes rarely include black and brown people. That’s no accident.

It’d be great if we could just raise an eyebrow and laugh it off, but that’s impossible when it has actual consequences for people’s lives. When “the industrial Midwest” becomes synonymous with this mythic version of white people, the concerns of other groups go unheard and unaddressed. And if we think that democracy is a good idea and people ought to have a say in shaping their destinies, then banishing them from the discussion is morally criminal.

Black voters are among the country’s most economically progressive

The question is, then, does this view of the Midwest — where people of color either aren’t present, or perhaps, hold moderate views on issues like economic and racial justice — resemble the real thing?

The facts say otherwise. First, there’s straight-up demography. The Midwest is pretty damn white, but it ain’t Happy Days. The region is dotted with cities whose populations resemble that of the Bronx; in these cities, people of color have suffered mightily for decades and make up an overwhelming majority.

It’s clear which “flyover country” the critics of the progressive movement have in mind: One where Detroit, Milwaukee, Chicago, St. Louis, and Cleveland, to name a few, never made it out from under the rubble of the 1960s and ’70s. But we are there, and our views are knowable.

A large body of national survey data lays it out pretty clearly. Black and Latino voters consistently rank both racial and economic issues near the top of their priorities. And Black voters in particular are among the country’s most economically progressive, with majorities supporting socialized medicine, a federal jobs guarantee, and minimum wage increases.

There’s no mystery why. There was, after all, that decades-long torrent of rising inequality and wage stagnation, and declining health to boot, that swallowed everyone but an elite few and saved its worst destruction for communities of color. And for black folks in particular, progressive economic views are tightly bound up with their knowledge that racism not only threatens their physical well-being, but can also make economic life pretty miserable.

The history of almost every black Midwesterner began in the early 20th century, when black families across the South fled to Midwest and Western cities to escape from a region that threatened to murder them or lock them into economic servitude. We can see how a legacy of fleeing persecution would sour anyone on the core system under which they live.

And with economic life looking nearly as dim for black Americans as it did 50 years ago, it’s completely understandable and predictable that large swaths of them want to see that system thrown away in lieu of something more radical.

For instance, as the Economic Policy Institute shows, despite making real gains in things like education and politics, black unemployment still hovers at about twice the rate for whites. And it’s harder to find a more damning statistic than this: According to the Institute for Policy Studies, it would take more than 200 years for the average black family’s wealth to catch up with the average white family’s.

The Democrats need black Midwesterners to win the region

Strategically, the Democrats need black Midwesterners to come out and vote. As Sean McElwee details in the Nation, a significant slice of black voters, especially in the Midwest, sat out in 2016 after paving the way for Barack Obama’s election just four and eight years earlier.

McElwee finds that “38 percent of individuals who voted for Obama in 2012 but then didn’t vote in 2016 were black, and 15 percent were black voters under 30.” Without them, the odds are dim indeed. Given what we know about the policy preferences of black voters, and their importance to the party, it seems like a no-brainer that the entire Democratic Party should be lining up behind a progressive platform that promises to improve their lives.

The bottom line is this: Progressives of color can win in the Midwest precisely because they exist in numbers large enough to do so. And where they don’t, it’s helpful to remember that political outcomes aren’t written in the stars. They’re authored on the ground and subject to a thousand different daily influences.

It’s as good a time as any, then, as so many look out on an economic landscape that threatens to leave them futureless, for candidates to push left and argue forcefully for bringing the walls of American racism and oligarchy crashing down.

The road to discovering this is, ironically enough, the same one Duckworth suggests. As she said in that same much-discussed interview, “You need to be able to talk to the industrial Midwest, you need to listen to the people there.” The Midwest’s black and Latino voters have plenty to say.

Eli Day was born and raised in Detroit. He’s an Investigative Fellow with In These Times magazine and writes about economics, race, and history. You can follow him on twitter @elihday.

Millennials have dinner parties, they just don’t call them that
Donald Trump is vulnerable on China. So is Joe Biden.
Read Obama’s 2020 Democratic National Convention speech
Italy and China used lockdowns to slow the coronavirus. Could we?
No one knows what “back-to-school shopping” means this year
Hurricane Florence: the danger of storm surge, explained