Bloomberg’s Matt Levine explains Wall Street, WeWork, and how to leave Goldman Sachs for a much lower-paying job 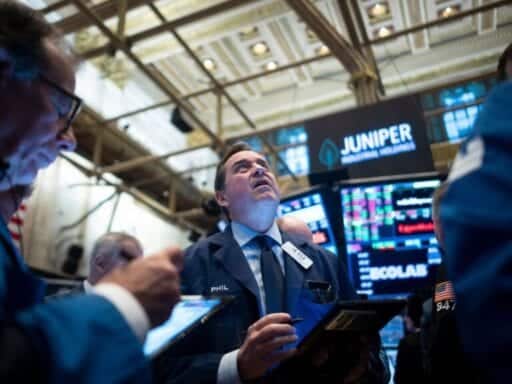 Those two sentences make for a pretty good causation versus correlation debate: Working at Goldman doesn’t automatically make you a great Wall Street columnist or there would be many more great Wall Street columnists. And you definitely don’t want to go down a path where writing about an industry or a government or a part of the world is limited to people who have previously spent time in those places.

On the other hand, Levine most definitely brings his time at Goldman, which he spent making and selling complicated financial instruments, to bear in “Money Stuff.” It’s a dryly hilarious daily newsletter much loved by people who work on Wall Street and people who like reading about Wall Street.

For starters, Levine says, his Wall Street knowledge still gives him a leg up when he talks to people who are still on Wall Street.

“I have some ability to talk to traders in a way that makes them believe that I understand what they’re talking about,” he told me on the most recent episode of Recode Media. “It’s because they can start explaining something and I can cut them off and be like, “Oh, it’s like this,” and say it in the way they would have said it. Then they’re like, ‘Okay, you’re okay.’”

The main thing was [something] I think a lot of people who work on Wall Street feel. You read coverage and you’re like, “This isn’t right. This isn’t like …” I don’t mean factually. I mean tonally. It felt to me like most writing about finance did not capture this sort of experience and sensibility of people working in finance.

What was the thing you think they got wrong, mostly?

The way I put it is like … So I was a derivative structurer. I would build things for reasons, and the reasons were usually that a company was going to get a tax break by us doing the thing this way. Sometimes it was, their accounting is going to be a little better if we do it this way. There are a lot of motivations. The company is in on these motivations, we share these motivations.

We want you to do a thing, we’ll pay you for that service.

We had separate motivations and how we got paid was a little opaque. It wasn’t like they paid us $1 million. It was like, “We’ll pay you $6 million but really it’s worth $9 million.” So we make $3 million or whatever. Right?

You often find that writing about this is sort of one-dimensional because it misses some of the economic motivations that go into the thing. Often it’s like, “Oh, Goldman was defrauding this company by making them pay a million dollars to this thing.” No, we were giving them a tax benefit.

It’s not even the thing that we did was morally better than defrauding them necessarily, though. I don’t think it was. But this is more complicated and more interesting. So you just generally feel — by the way, when I went to Goldman, it was 2007 and everyone wanted to be in banking. When I left, it was 2011 and everyone had very different feelings about banking — there’s this general view that that financial complexity is bad and Wall Street is bad and investment banks are bad. There’s some truth to that. But I was there, and I was thinking there’s more nuance.

The people who work there are people, and they’re interested in things, and they’re not just doing stuff like, “Ah, let’s get the money and defraud people.” For me, we were building stuff that we thought was interesting or doing interesting stuff. The motivation was often intellectual interest rather than money, although the money was obviously sort of in the background. So the main thing is, just I’m interested in finance. I want to write about finance from the perspective of someone interested in finance.

Again: You don’t have to work in finance to write well about finance. But Matt Levine did, and he does, so maybe there’s something there. You can listen to the rest of our conversation, which touches on everything from WeWork — a frequent Levine topic, for obvious reasons — to how Levine uses audience data and metrics to inform his work — tldr: He doesn’t — by listening here.

Millennials are getting screwed by the economy. Again.
7 winners and 2 losers from this year’s weird Golden Globes
Locke & Key had a long, bumpy road to Netflix. It came out worse for wear.
What the US can learn from other countries using phones to track Covid-19
Why Bernie Sanders failed
Here’s who won at the 2018 Emmy Awards