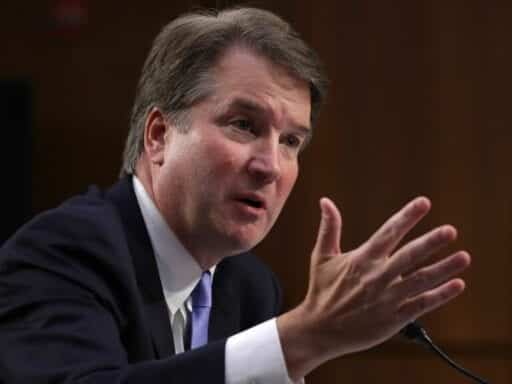 Supreme Court nominee Brett Kavanaugh is testifying in front of Congress on Thursday, this time defending himself from allegations of sexual assault and misconduct.

Christine Blasey Ford has accused Brett Kavanaugh of sexually assaulting her when they were in high school. After a contentious back-and-forth with Senate Judiciary Committee Chair Chuck Grassley (R-IA), Ford agreed to testify about her experience. Since then, two other women have brought forward allegations against Kavanaugh.

Deborah Ramirez, a former classmate of Kavanaugh’s at Yale, says he exposed himself to her and thrust his genitals in her face during a group drinking game their freshman year.

Julie Swetnick, represented by attorney Michael Avenatti, claims she was present at numerous high school parties where Kavanaugh, his friend Mark Judge, and others targeted women with drugs and alcohol to cause them to “lose their inhibitions” so they could be “gang raped.” She says she was a victim of one of these “train” rapes and that Judge and Kavanaugh were “present” when she was raped, but she does not directly accuse them of participating.

Kavanaugh has unequivocally and categorically denied all of these accusations. The Judiciary Committee plans to vote on Kavanaugh’s nomination Friday, one day after his hearing with Ford. As a floor vote approaches, all eyes will be on key Republican swing votes like Sens. Susan Collins (ME), Lisa Murkowski (AK), and Jeff Flake (AZ).

The rape allegation against Julian Assange, explained
Will Covid-19 vaccines protect you against variants? 9 questions about variants, answered.
Why America loves — and hates — outspoken young women
The University of California system is ending its investment in fossil fuels
Why Instagram’s co-founders made a site to track how fast the coronavirus is spreading
The 6 most competitive primaries in Georgia, briefly explained