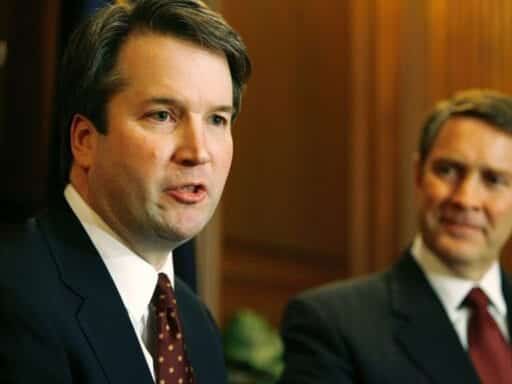 President Donald Trump on Monday night chose Brett Kavanaugh, a judge on the DC Circuit Court of Appeals, to replace Anthony Kennedy on the Supreme Court.

Kavanaugh, 53, is a candidate straight out of Supreme Court central casting: He went to Yale and Yale Law (every current justice either attended that school or Harvard Law); he clerked for two federal appellate judges, including the well-known Alex Kozinski; worked in the solicitor general’s office in the George H.W. Bush administration; and then clerked for Kennedy on the Supreme Court.

Since 2006, he has sat on the DC Circuit, which also produced current justices John Roberts, Clarence Thomas, and Ruth Bader Ginsburg. It’s not for nothing that the Federalist Society’s Leonard Leo, who has been Trump’s most important adviser on court nominations, singled Kavanaugh out as one of the most promising contenders for Kennedy’s seat.

Leading up to Trump’s announcement, some on the right questioned whether Brett Kavanaugh is conservative enough — particularly on issues of religious freedom and health care.

But if confirmed, Kavanaugh, a 53-year-old GOP veteran, will ensure a rightward shift on the court for decades to come — and it could have huge implications for abortion access, LGBTQ rights and criminal justice.