Brett Kavanaugh kind of apologizes for his explosive Senate testimony 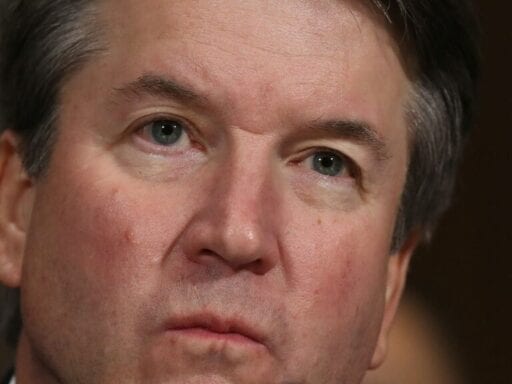 “I Am an Independent, Impartial Judge.”

Supreme Court nominee Brett Kavanaugh, who last week accused Democrats of plotting a political hit job against him on behalf of Bill and Hillary Clinton to smear his good name as he faces sexual assault allegations, wants America to know he is an impartial judge.

Kavanaugh wrote a column in the Wall Street Journal published on Thursday night with the headline: “I Am an Independent, Impartial Judge.”

He allowed that “my tone was sharp, and I said a few things I should not have said.” But he had his reasons. He thinks he might not ever have been that emotional before in his life.

“I hope everyone can understand that I was there as a son, husband and dad,” he wrote. “I testified with five people foremost in my mind: my mom, my dad, my wife, and most of all my daughters.”

This is what Kavanaugh said in his outraged opening statement at last week’s hearing:

This whole two-week effort has been a calculated and orchestrated political hit, fueled with apparent pent-up anger about President Trump and the 2016 election. Fear that has been unfairly stoked about my judicial record. Revenge on behalf of the Clintons. and millions of dollars in money from outside left-wing opposition groups.

Kavanaugh knows that was a problem. Democrats, law professors, and retired Supreme Court Justice John Paul Stevens questioned his judicial temperament after the judge so fiercely and explicitly attacked the Democratic Party in response to the sexual assault allegations brought by Christine Blasey Ford and at least two other women.

“The Supreme Court must never be viewed as a partisan institution,” he wrote, as an apology of sorts.

For any American who was worrying — or any Republican senator who might be wavering in their support of his confirmation — Kavanaugh had one message: Whatever you saw at that hearing, when I’m on the bench, I will be an impartial judge with blinders to partisanship.

“Going forward, you can count on me to be the same kind of judge and person I have been for my entire 28-year legal career: hardworking, even-keeled, open-minded, independent and dedicated to the Constitution and the public good,” the judge wrote to conclude his WSJ column. “As a judge, I have always treated colleagues and litigants with the utmost respect. I have been known for my courtesy on and off the bench. I have not changed.”

Senate Republicans have set a critical Friday morning procedural vote for Kavanaugh’s nomination. Even hours before the vote, it was not yet known whether he has the support of the 51 senators he needs. At least four key senators — Republicans Jeff Flake, Susan Collins and Lisa Murkowski, plus Democrat Joe Manchin — are still undecided on their vote.

The TSA has a new program that could spy on you. It’s a massive waste of money.
Sundance Film Festival 2020: movie reviews and news
How Spider-Man: Homecoming paid homage to Steve Ditko
The 8 Democrats running for president and everything else you should know about 2020
Trump promised coronavirus testing at national retailers. Weeks later, it still isn’t in place.
Brett Kavanaugh, Donald Trump’s Supreme Court pick, explained

What should Democrats do about the Supreme Court?

The US government is suing Google over anticompetitive practices