Brexit: The UK is finally leaving the European Union 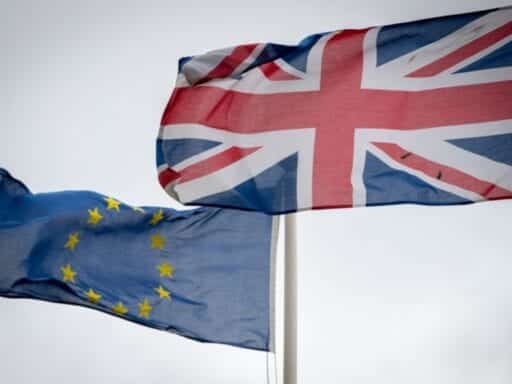 The United Kingdom will formally leave the EU on January 31, 2020.

The United Kingdom’s divorce with the European Union — better known as Brexit — is finally happening on January 31, 2020.

The weeks leading up to the big day were much less chaotic than the months and months of drama that have characterized the entire process. Prime Minister Boris Johnson won a resounding victory in the December election, giving him a strong majority to quickly pass the Brexit deal legislation through Parliament. The EU also ratified the deal, paving the way for a smooth breakup.

After January 31, the UK will officially be out of the EU. But not much will change, practically speaking. The UK will continue to follow most EU rules during a transition period that ends on December 31, 2020.

During that time, the UK and EU must figure out all the details of their future relationship: trade, financial services, security cooperation, and much more. Johnson has promised he will not extend this transition period beyond 2020, giving the UK and EU less than 11 months to figure out their future partnership.

This isn’t impossible to achieve, but it’s going to be very, very difficult. If the EU and UK can’t reach an agreement at the end of the year, the possibility of a no-deal looms once again. Experts say that could still be damaging and extraordinarily disruptive, especially if tariffs and increased customs checks lead to backlogs at ports, which could mean shortages in food and other goods.

So although Brexit will be official on January 31, the uncertainty over it definitely won’t be over.