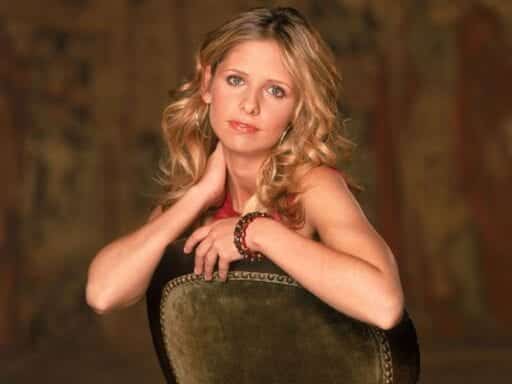 Joss Whedon will executive produce the beloved series with  Monica Owusu-Breen as showrunner and head writer.

It’s been 21 years since Joss Whedon’s Buffy the Vampire Slayer first arrived on the scene with its seminal mix of urban fantasy, teen angst, and clever worldbuilding and wordplay. Now, Whedon has announced that he will revive his beloved series for a new generation of Slayers — with one major twist.

Whedon will executive produce and Monica Owusu-Breen, who worked with Whedon on Agents of S.H.I.E.L.D., will serve as showrunner and head writer. Breen is a television veteran whose previous writing and producing credits include Charmed, Fringe, and Midnight, Texas. Fox, which also recently rebooted The X-Files under the Fox 21 shingle, intends to pitch the reboot to potential cable and streaming bidders this summer.

This is all great news for Buffy fans. However, the original series already had multiple characters of color who could factor into an “inclusive” reboot — including the Black slayer Kendra and the “First Slayer,” as well as other characters. As a result, some fans reacting to the announcement online expresses confusion as to why a reboot has to racebend Buffy when it could simply focus on a different character. Some fans even challenged the need for a reboot of Buffy at all, over creating another vampire fable written by a woman of color.

Instead of a black Buffy how about you just so a story of another black slayer? Even better how about we just let black creators make their own things. L.A Banks has a whole ass vampire huntress series, Joss did not invent vampire hunters. pic.twitter.com/ZAv593IoeM

Still, speaking to the Hollywood Reporter last year, Whedon had stated that in order to revive Buffy, he would have to overcome his fear of producing “creaky” storytelling. Putting Owusu-Breen in charge seems to be his way of giving fans the best of both worlds — an opportunity for a diverse new show that nonetheless features a storyline and a universe they already know and love.

How the newest vaccines fight Covid-19
Here’s how to check if your ballot was received and accepted
Amy Klobuchar can win where Democrats need to win in 2020
Kentucky’s Republican governor Matt Bevin lost reelection, but isn’t conceding just yet
“Vampire facials” are massively popular. And — surprise! — potentially dangerous.
Clubhouse got a little less creepy thanks to a recent update