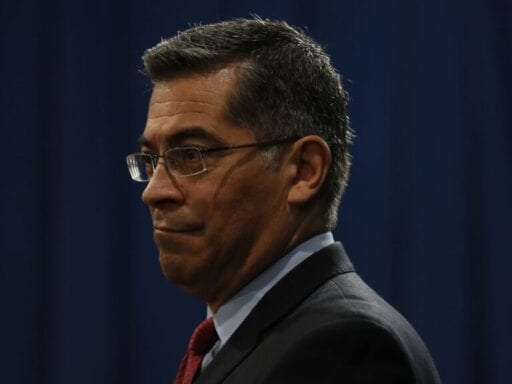 “There are dark clouds following Donald Trump around.”

California’s top law enforcement officer gave a scathing review of the Trump administration during his 20-minute rebuttal, accusing the president of infecting the White House with “criminality, collusion, and obstruction of justice.”

“There are dark clouds following Donald Trump around,” Becerra said in his speech, which aired during a prime-time slot on the Spanish-language networks Univision and Telemundo.

“President Trump also has an extravagant obsession with the border wall that nobody wants,” he said.

Becerra then assured his audience that Latino voters like them have helped turn things around, helping elect more Democrats to Congress. “Because of your votes, now [Trump] has to learn to govern in a democracy.”

A former member of Congress who represented Los Angeles, Becerra has been one of the most visible figures in the Trump resistance. As attorney general, he’s sued the administration more than 40 times — challenging everything from the Muslim ban to family separation practices to the weakening of fuel-economy standards.

Your super cheat sheet to a super big week of news
The Cambridge Analytica whistleblower on how American voters are “primed to be exploited”
Action star Steven Seagal was named Russia’s special envoy to the US
Trump has not yet awarded the 2016 National Medal of Arts
Trump’s far-fetched legal campaign to question the election seems to be falling apart
Are we doomed? An investigation