California’s ballot initiative system isn’t working. How do we fix it? 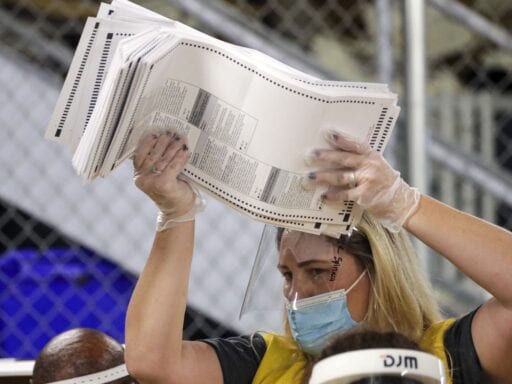 Is direct democracy delivering on its promise?

I live in California. And three weeks before the election, the people in my quarantine bubble sat down in our living room for a nine-hour research project: figuring out how to vote.

Not for our elected representatives or for president, but on kidney dialysis regulations and stem-cell medical research funding and whether to uphold a law passed by the legislature replacing cash bail with a risk assessment system — and nine more propositions after those. My ballot was six pages long, many of them on issues I’d never thought about before — and, after a few frustrating hours figuring out how to vote, will never think about again.

Direct democracy can be a profound and important tool for political change, and 2020 had many examples of that. In several states, voters decriminalized drugs from marijuana to mushrooms — sending a powerful message to lawmakers that their constituents are done with the war on drugs. I’ve written in past years that voters are way ahead of state legislatures on banning animal cruelty. America’s electoral system definitely benefits from a place for voters to directly weigh in on issues. (My colleague Sigal Samuel has a rundown of the ballot initiatives that we should cheer in today’s edition of the Future Perfect newsletter. Subscribe!)

But what it doesn’t benefit from is a system like California’s, where ballots get padded out and weighted down with unclearly written ballot propositions on a dozen niche issues. Many people have been frustrated by these problems on their ballots, but California — where voters have been asked to simultaneously entertain abolishing and expediting the death penalty, to weigh dueling propositions about plastic bags, to advise the state legislature to overturn US Supreme Court decisions (it cannot do that), and now, on two different occasions, to weigh in on the proper running of dialysis clinics — leads the pack.

A system that funnels lots of issues, both big and small, directly to the voters leads to bad policy judgments, because under-informed voters don’t have time to research and form opinions on all the issues. It leads to a handicapped legislature that can’t do its job, because large sections of state law are untouchable. (In California, for instance, the legislature has to send many propositions to voters because other propositions have prohibited them from legislating directly.) When a voter-approved initiative is unclearly worded, it can cause years of uncertainty — because the issue can’t easily be sent back to the voters to adjust the wording.

But just because how we run ballot propositions today is a problem doesn’t mean we have to give them up altogether. There is a way we can make direct democracy work.

Let’s say that you dislike the work your state legislature is doing. In 26 US states and Washington, DC, you have the power to ask voters to pass laws themselves through a ballot initiative.

There are, broadly, three categories of ballot initiatives available in the states that have a citizen initiative process. In the first, citizens draw up a proposed law and put it on the ballot. If other citizens approve it, it becomes a law. In the second, citizens who disapprove of a law the legislature passed put it on the ballot to try to repeal it (called a “veto referendum”). In the third, citizens propose, and vote on, a change to the state constitution.

The details of the process to put a new law, a veto referendum, or a constitutional amendment on the ballot varies from state to state, but in general, proponents file their proposed initiative with the state and then start collecting signatures for it. If they collect enough signatures, it goes on the ballot for the next statewide election. If it wins over enough voters at the election, it becomes a law.

Lots of important work has gotten done through ballot initiatives. But in many ways, laws passed via initiative are more problematic than laws passed by the legislature. Because they are not written by professional legislators, they are often unclearly written; many voters report being confused about what ballot initiatives they voted on will do. Many ballot measures are misleadingly structured so that a “no” vote represents a big, confusing change to the law, while a “yes” vote does nothing. There is fierce political fighting about initiatives are summarized on the ballot — a process that is supposed to be apolitical, but sometimes isn’t.

And while initiatives were meant to empower grassroots political movements, the system to put an initiative on the ballot is much easier for large lobbying groups to navigate, and special interest groups drive many initiatives.

In some states, like California, the sheer number of initiatives is starting to get out of hand, which worsens all of the other problems with ballot initiatives, as it’s easier for voters to see through one misleading proposition than through 10.

Every state does direct democracy in a different way.

But California reliably has one of the longest ballots. In 2016, there were 17 statewide initiatives. The voter guide mailed to all voters to explain them was 224 pages long.

In 2020, the threshold for initiatives to make the ballot was substantially higher (the threshold is set based on turnout in the most recent governor’s race, and 2018 turnout set records) and there weren’t as many. But voters still weighed in on bonds to pay for stem cell research, property tax changes, a repeal to the state ban on affirmative action, restoring voting rights for convicted felons, allowing 17-year-olds who will be 18 in November to vote in primaries, more property tax changes, changes to criminal sentencing, allowing rent control in more parts of the state, labor policies for ride-hailing apps, dialysis clinic regulations, a new data privacy law, and abolishing cash bail.

California also had by far the most spending aimed at changing minds on ballot initiatives: $708 million in contributions, compared to $121 million in the next most-contested state. Across all 50 states, 120 ballot measures were decided on Election Day.

California’s gubernatorial races are almost never competitive and often have very low turnout, which depresses the signature requirement further. In 2016, only 365,880 signatures were needed (in a state with 40 million people and 18 million registered voters) to add an initiative to the ballot. (High 2018 turnout raised the bar somewhat, but as a percentage of total population, it’s still one of America’s lowest thresholds.)

Finally, it’s not just easier for laws to make it onto the ballot; it’s also easier for them to pass. In many states amending the constitution requires a supermajority. In Florida, for example, which amended its constitution this week to raise the minimum wage, a 60 percent majority is required. In California, propositions including those amending the state constitution pass if they get more than 50 percent of the vote.

California was one of the first states that allowed citizen-driven ballot initiatives, and at first, ballot initiatives were sparse. As collecting signatures became easier, the number of California propositions has spiked — especially in the last few decades. As a result, the initiative system “has grown quite unwieldy and crude in ways that have perverted the initial vision,” historian William Deverell at the University of Southern California said this fall.

How to make direct democracy work

For all of the drawbacks of ballot initiatives, the variety of different approaches to propositions in different states is a great thing — one of the best examples of the state system’s function as “laboratories of democracy.”

We now have some results from those laboratories of democracy, and they suggest that the initiative system works best when there are a manageable number of initiatives on the ballot at election time. Voter participation is higher, and voters are more able to focus their attention on a handful of meaningful, high-value issues: Should we legalize marijuana? Should we reenfranchise people who have been convicted of a crime and served their sentence? Should we change how our state votes?

When voters are snowed under with nearly a dozen propositions, including many on highly specific niche issues like kidney dialysis regulation that they’re unequipped to evaluate, participation drops, and the results become more strongly predicted by which side spent the most money — probably because if voters don’t have time to look things up, they’re more likely to go with what they saw on TV. The impressive successes of ballot initiatives against the war on drugs this year should have governments in every state thinking about how they can best use ballot initiatives to their full potential.

For the 14 states that don’t allow any ballot initiatives, that might mean rethinking that. But for the states that allow ballot initiatives with a very low threshold, and see low participation and high voter confusion as a result, it means rethinking that, too. Promising proposals include raising the signature threshold, capping the number of propositions on the ballot, and restricting “counter-propositions” — conflicting laws on the ballot at the same time.

Direct democracy is a part of our system because of a belief that voters deserve a direct say in how their state is run. The best implementation gives voters a few highly meaningful choices well worth their time. If we can’t manage that, we’re not empowering voters — we’re burdening them.

The Trump administration finally has one good idea to lower drug prices
Congo just had its first peaceful transfer of power in 60 years
Audio tape reveals Richard Spencer is, as everyone knew, a racist
Wholesale coffee is cheaper than it’s been in years. That’s not good news.
Trump might help free science that’s locked behind paywalls
11 US troops were injured in Iran’s attack. It shows how close we came to war.