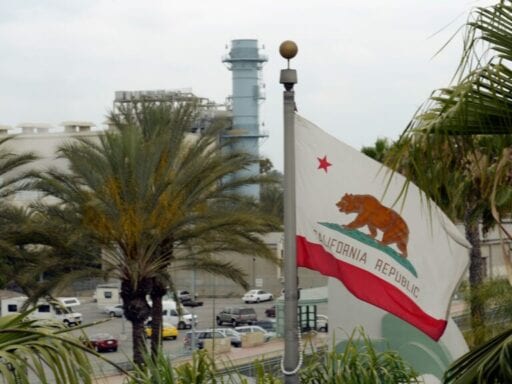 Supply is really what matters.

Ballot initiatives are a bad idea.

Part of that badness is there simply isn’t anywhere close to enough media bandwidth to properly cover the ins and outs of all the different issues that get put on the ballot in initiative-happy states like California.

But over the weekend, a bunch of people asked me to offer my view of Proposition 10, which broadly speaking would allow California’s more left-wing localities to expand both the scope and stringency of rent control.

I would start analysis with the observation that polling shows Proposition 10 is going to lose. And that’s about what you’d expect.

As Rebecca Diamond’s literature review on rent control for Brookings says, strong rent control measures are bad for homeowners who are a large majority of the electorate. Proposition 10 is bad for the homeowning majority in a pretty straightforward way because it would let cities impose rent control rules on single-family homes. That means that if you own a single-family home (and most California voters do), Proposition 10 devalues what’s probably your family’s single most valuable financial asset.

Sometimes in politics you can get something done that’s bad for most people’s financial interests. But it normally takes a lavishly funded special interest propaganda campaign to make it happen. And in the case of rent control, the special interest money (from landlords and, to a lesser extent, homebuilders) is on the other side.

So this seems like a basically doomed idea. But especially because it’s doomed, I very much sympathize if left-YIMBY politicians or activists want to come out for it as a matter of coalition politics.

And my view is that, ultimately, the appropriate role of rent control is to enact some form of stronger rent control as part of a larger housing initiative — one that mandates much less exclusionary zoning and much more homebuilding.

”Build more” is a pro-renter agenda, but it does relatively little to advance the short-term immediate interests of incumbent renters. So folding some rent control in can be smart politics and make sense on the merits.

Supply is really what matters

But what I want people to understand about rent control is that whatever happens with Proposition 10, rent control is not the answer — and certainly not the real answer — to America’s housing woes.

Rent control is, at its best, a regulatory policy that aims to manage scarcity. Many US cities developed housing scarcity during World War II as part of the legacy of the Depression-era collapse in homebuilding paired with wartime restrictions on civilian construction. A giant global war was a perfectly good reason to implement anti-building regulations, and rent control was a perfectly good response to the regulation-induced scarcity.

But modern-day scarcity-inducing regulations are not defeating Hitler. They are, at best, maintaining people’s privileged access to in-demand public schools.

The solution to the scarcity is to remove the regulations that create it, and then to go beyond that by investing money in creating additional subsidized social housing. (One good source of money would be the tax revenue unleashed by additional market-rate construction.)

After all, scarcity is still bad in a rent control universe.

Similarly, when housing is plentiful landlords need to worry about developing a reputation for being terrible. And tenants whose landlords treat them terribly have the option of leaving and renting somewhere else. That’s the magic of competition.

But rent control doesn’t create more competition. (If anything it creates less.) So landlords suddenly have strong financial incentives to be as shitty as possible on non-price dimensions. If you can regulate rent you can also try to regulate away other forms of shitty landlord behavior, and it can all be subject to endless wrangling in landlord-tenant court.

But this is really just much worse than having plenty of houses to go around.

Rent control is a reasonable measure to temporarily relieve some of the most acute symptoms of housing scarcity. But scarcity itself is the problem, and all housing policy in high-cost areas should be directed at alleviating scarcity.

Impeaching the president, explained
A group of YouTubers is trying to prove the site systematically demonetizes queer content
Trump: Russia didn’t interfere in the election. GOP-led Senate panel: Yeah, it did.
Americans want to cancel student loans — but not all of them
One of America’s key voting rights groups plunged into chaos when it was needed most
How the Washington Post’s TikTok became an unofficial 2020 campaign stop