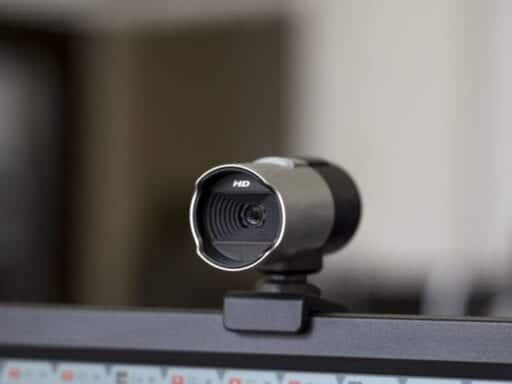 An influx of new viewers and performers to live adult sites does not mean business is good.

Gunner Taylor of Cams.com estimates his site and most others have “seen about a 30 percent increase in traffic.” Max Bennet of Stripchat says growth has only been accelerating in recent days, as lockdowns have expanded in scale and intensity. “We can tell the difference between social distancing and stay-at-home orders” based on regional traffic patterns, he said, with the latter leading to starker traffic increases. “We can see the degree of compliance” with those measures, too.

Bennett and many other cam site operators and performers say there’s more to this boost than simple stir-crazy horniness. They also suspect that the more and longer people are cooped up inside, the higher cam site traffic will likely continue to climb. However, that may not necessarily mean a windfall for performers.

“Many of us are alone and starved for human attention”

That’s why many cammers spend as much or more time clothed and chatting with viewers as they do getting naked and performing sex acts. It’s why a number of high-earning performers only do non-nude shows. It’s also why many individuals who try to cam fail, argues performer GuiltyCaprice: They simply get naked and act sexy, ignoring the specialized emotional and communicative skill sets and labor that go into crafting a successful cam persona or show.

However, there are some indications, in both industry press materials and viewer requests made directly to performers, that the demand for cam-to-cam tools, which allow cammers to see their viewers rather than just their screen names and texts (as is the norm on most sites), has been growing in recent weeks. Some insiders take this as a sign of a thirst for connection, spurred by the isolation of lockdowns, over voyeuristic adult content consumption.

Cammers offer a unique form of connection, which may be especially appealing in times of stress and crisis

Turning to cams for a sense of connection may seem odd when we have access to a myriad of videoconferencing tools that allow us to stay close to our friends and family, or even to date, during lockdowns. Cammers note that they, as a distinct category of sex workers, offer a unique form of connection, though, which may be especially appealing in times of stress and crisis, when people want uncomplicated care and comfort.

“A relationship with a friend is reciprocal,” explains performer Jessica Starling. “You vent to your friend, and it’s expected that your friend can in turn vent to you. The intimacy a sex worker provides is one-way. It is effortless on the part of the client. They just have to pay the sex worker’s fee. The focus is on the client’s experience, the client’s wants and needs.”

“I don’t know about you,” says performer Alex Coal, “but I don’t feel like I can share all my concerns and worries with people in my personal life. You don’t want to overload your loved ones,” especially when they’re stressed, if you’re cooped up with them, or if they may themselves be a point of stress in your life. “Venting to a friend online is much more comfortable.”

A surge of scared viewers looking for undemanding and often one-sided digital contact and comfort may not be great news for cammers, many of whom Hawkins notes are living in lockdown — effectively trapped at work — and coping with stress and fear as well. Sure, Cole notes, some regulars want to check in on their favorite performers, to make sure they are okay. Many also don’t want to talk about the virus, says GuiltyCaprice. They are “looking for an escape” on cams, not to dwell in their fears. Still, performer Lauren Phillips says that a critical mass of her viewers “want to talk about the coronavirus and how it is affecting us all.”

The emotional labor of camming can be draining, and burnout and depression among cammers is common in the best of times. Funnel more anxiety and stress into a performer’s life from the external world and through their chatrooms, and emotional attrition may accelerate or amplify. That’s why Cole warns performers to be especially aware in these times “of their limits in absorbing other people’s distress, and practice self-care,” taking time off if and as they can.

People who are worried about their jobs and finances seem more likely to make use of the ample free content on cam sites and less likely to shell out on paid private shows or tips, GuiltyCaprice says. Lockdowns have also messed with regular viewers’ and spenders’ patterns, says performer Red_Delicious. Trapped at home with other people, and as such usually with less private time, many viewers are now logging on to cam sites for just a few minutes at a time, at irregular or odd hours. These upheavals make it harder for cammers to profit.

Bennet and Taylor actually frame their sites’ free token offers for new cam viewers as stimulus programs, trying to funnel money to cammers who may struggle with the way things are shifting, and to push consumers into spending rather than just viewing free content piecemeal. “We’ve seen from past free token offers that this is a good way to encourage spending,” explains Taylor.

Eyeballs, after all, do not always equal dollars in this industry

Off the Record Models, a cam performer agency, says it has seen a 25 percent spike in applications for management and representation since lockdowns began, and many more inquiries about getting into camming. Stripchat has seen a 15 percent increase in new models registering on the platform since the start of the year, adds Bennet, but a nearly 300 percent increase in the number of Italian models signing up in recent days. Just behind Italy on the sign-up chart, US model registrations are up 45 percent.

“I have been avoiding camming during this pandemic,” says Starling, precisely because of the trouble that consumer austerity and a surge of new performers could pose to all performers’ profits. “I’ve heard from many of my colleagues that cam business has been really slow.”

Miranda July’s enduring love for the weirdo in all of us
Vox Sentences: Decoding the Mueller report
America still doesn’t have enough N95 masks
Four winners and three losers in the South Carolina Democratic Primary
Kansas just reached a deal to expand Medicaid, covering 150,000 people
The power of the Black athlete