Can bite-sized sessions of therapy help kids struggling with depression? 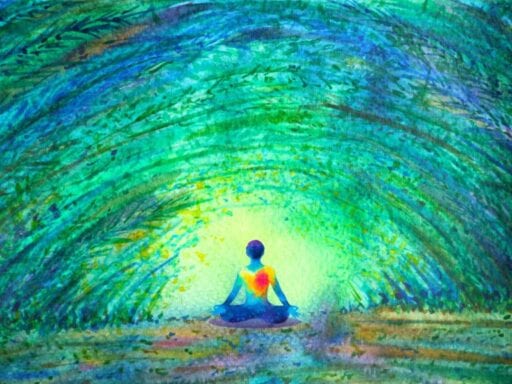 Share
Loading...
There are so many barriers to mental health care for young people — a shortage of providers just being one of them. | Getty Images/iStockphoto

Psychotherapy is often too long, expensive, and hard to find. These scientists are hopeful there’s a better way.

A child doesn’t know how to cope with her emotions, is depressed, and stays in bed all day. She could use some help from a psychological counselor: someone to teach her how to handle challenging thoughts and behaviors. But for parents, finding that help can be an ordeal.

As it stands, the current system simply isn’t built to accommodate the number of young people who could benefit from mental health care.

It’s a tall order just to get people into treatment; stigma still keeps too many out. But even those who are willing face many barriers. For one, there’s a growing shortage of mental health care providers, and young patients, who can’t often drive themselves, may need to travel far to find one. Treatment can be costly, and time intensive. Typically, psychotherapy (meaning talk-based therapy) takes place over the course of months, and is not often covered by insurance. All of these barriers may be greater for people in minority groups, or in poverty.

Here’s what it all adds up to: Mental health care simply isn’t reaching the majority of young people who could benefit from it in the United States. It’s estimated around 25 percent of people under age 18 have suffered with some form of psychological problem. And there’s been an increase in the number of teens with depression, anxiety, and who are suicidal. But only about a third of them receive any help at all.

That’s the problem Jessica Schleider is trying to solve. She runs the Lab for Scalable Mental Health at Stony Brook University in New York, trying to find interventions to help fill the gaps that are as brief as possible, and don’t need to be administrated by a clinician.

Think of it like therapy, but much, much shorter.

Psychotherapy — a.k.a. talk-based therapy, cognitive behavioral therapy being the most prominent — usually takes place over the course of weeks and months, in hour-long sessions. Schleider’s interventions are radically different: They take about 30 minutes each, and are partially drawn from cognitive behavioral therapy. Three of them are now available, for free, online.

Young people can try them out, and help out in evaluating the program. Adults can try them too, she says, but their data won’t be counted.

Schleider is just beginning to measure whether this approach is truly effective. But a pilot study in 2018 with 96 participants showed that one 30-minute session decreased symptoms of anxiety and depression in kids compared to kids in a control group. More follow-up is needed.

But Schleider’s research is especially timely, given the growing mental health trends in young people. And by targeting kids and teens, she’s seizing an opportunity to pass on skills to help them cope with distress for the rest of their lives. Bite-sized therapy sessions may turn out to be one key way to do that.

“I don’t think what we’re doing will replace anything already out there,” Schleider says. “But there needs to be other options.”

Accessing mental health care is difficult now. It’s only going to get worse.

There’s a strong case for some urgency in the need for mental health care innovation, given the insufficient supply of providers, and the barriers to accessing them.

Today, “based on the sheer numbers, you don’t have enough psychologists, social workers, counselors, other therapists, to actually physically address the need that is clearly out there,” John Ackerman, the suicide prevention coordinator at Nationwide Children’s Hospital, told me a few months ago. In the future, the shortage will likely be much greater.

By 2025, the US Department of Health and Human Services predicts, the number of school counselors across the country will actually drop by thousands. Meanwhile, the demand for them is only going to rise. “There’s no reason to think that access issues are going to improve,” Anil Chacko, a professor of counseling psychology at NYU, says. Overall, the HHS finds, that there could be a 10,000-plus mental health clinician shortage by 2025.

But even those willing and able to get to treatment are often underserved. Many pediatric clinics have months-long waiting lists. Complicating matters: Not all mental health care providers use evidence-based treatments when it comes to psychotherapy. Others are perhaps overreliant on medication, and focus less on teaching kids skills to cope.

That’s where Schleider’s Lab for Scalable Mental Health comes in. She’s hoping to create evidence-backed therapies that can be used to fill in some gaps. Maybe kids can use them while they wait for appointments with one-on-one therapists. Perhaps, one day, she hopes a pediatrician could send a child who is exhibiting signs of depression home with one of the programs. Or, even better, maybe some of these programs could be useful in preventing distress in the first place.

One of the interventions you can try out targets depression by teaching kids that they can grow, and change who they are. They’re taught — via voiceovers from scientists and kids who’ve sought help themselves — that people don’t stay sad and lonely forever, and that their brains are capable of being rewired, to be happier, and live easier. All it takes, sometimes, is changing our behaviors, and our patterns of thinking.

“By learning new ways of thinking, each of us can grow into the type of person we want to be,” the program teaches. After the Atlantic wrote about her work in August, Schleider says she got a flood of emails from parents asking about the program. So she and her colleagues put it online.

There’s another module targeting self-hatred, teaching kids to be kinder to themselves. And a third one containing lessons on managing mood. The therapies contained in these programs are “all little pieces of what you might get in a full treatment package,” she says. “But nobody’s ever bothered to test whether every aspect of those full treatment packages need to happen in order for someone to make a change.” (All these programs are currently being evaluated for their effectiveness.)

The case for short-term psychotherapy — for some cases

The stark reality that there are more potential mental health patients than practitioners leads some to wonder: Is the status quo — weeks of psychotherapy — working for the greatest number of people?

The standard care of therapy traces its roots back to Sigmund Freud and psychoanalysis, where patients would spend countless hours on a couch working through their problems with a therapist. Cognitive behavior therapy was created, in part, to streamline the process, and focus on the thoughts and behaviors that specifically impair a person’s life. But even CBT can take a long time.

“We’re beginning to question, whether or not we need to do standard psychotherapy, defined as one hour a week, for X numbers of weeks,” Thomas Ollendick, a psychology professor at Virginia Tech who has been researching interventions on youth for decades. He’s developed a protocol for treating child phobias — like being afraid of dogs, the dark, and other fears — in a concentrated three-hour session. His studies find that these brief, intense sessions for phobias and anxiety could be as effective as treatments that are spread out over months.

The work, he says, borrows lessons from learning theory. “If I want to teach you something that you currently don’t know how to do, the most efficient way to do that is not once a week for 50 minutes — it’s to do it in a concentrated period of time,” he says. “All that we’ve really done is to take the principles that are seen in standard CBT and put them into a condensed intensive format.” (A similar approach has led to condensing the treatment of obsessive compulsive disorder, which usually takes months of therapy to treat, into an intense four-day regimen that seems to be effective for at least a year.)

Therapy, in a way, is a form of learning — new thoughts, new skills, a new way to look at life. Follow-up in some form, will still be helpful or necessary to make the lessons stick, Ollendick says.

This approach — concentrating therapies into potent small doses — probably won’t work for all problems, or all people. A 2016 meta review Schleider co-authored found single session treatments on youth are most effective when it comes to anxiety and child conduct problems. They were not effective for treating substance use disorder. And, overall, their effectiveness for depression was not statistically significant (but there also weren’t very many studies looking at their effectiveness for depression).

“I think it’s a great idea,” Chacko says, overall, about bite-sized therapy. But, “I think the evidence is not there yet in terms of how beneficial this will be.” It could be much more useful in combating anxiety and phobias than it is for depression. Perhaps, it’s better suited to preventing anxiety from morphing into something like depression. More research is needed on what works, when, and for whom.

Another part of the solution for closing gaps might be in broadening notions of who can administer mental health care, or act as an entry point to therapy. “If you’re interacting with people, you are dealing with their mental health,” Chacko says. It doesn’t just have to be clinicians directing kids to care, or to programs like Schleider’s.

One solution is to provide greater training and support for parents in dealing with their kids mental wellbeing. Another would just be to train more teachers to look out for the signs of suicide and depression, and to refer kids to resources should they need them. This is called gatekeeper training, and there’s some data it’s associated with a reduction in suicide deaths in the short term, at least.

No solution is perfect. That’s why a bigger tapestry of mental health care options is needed.

Schleider’s work at the Lab for Scalable Mental Health continues; she needs to collect more data on the effectiveness of these programs. “Right now we have four or five different programs we’re evaluating,” she says. “We want to get an excellent grasp of what they do, and how they do it, and for whom they can be supportive and helpful before getting to the point of saying ‘everyone should now do this thing.’”

She hasn’t found the silver bullet to vanquish the rise of mental health problems in kids. But she’s more aware than ever the status quo isn’t enough. “Too many kids have gone without care for too long, and that’s why I’m doing this,” she says.

Trump’s latest morning of tweets was off the rails, even by his standards
The government isn’t letting the shutdown get in the way of Arctic drilling
Trump’s expanded travel ban will hit Nigerians the hardest
He was once called a “danger to Mexico.” Now he’s its next president.
The Supreme Court has given trans people reason to hope again
A new Trump rule could hold migrant families indefinitely in detention