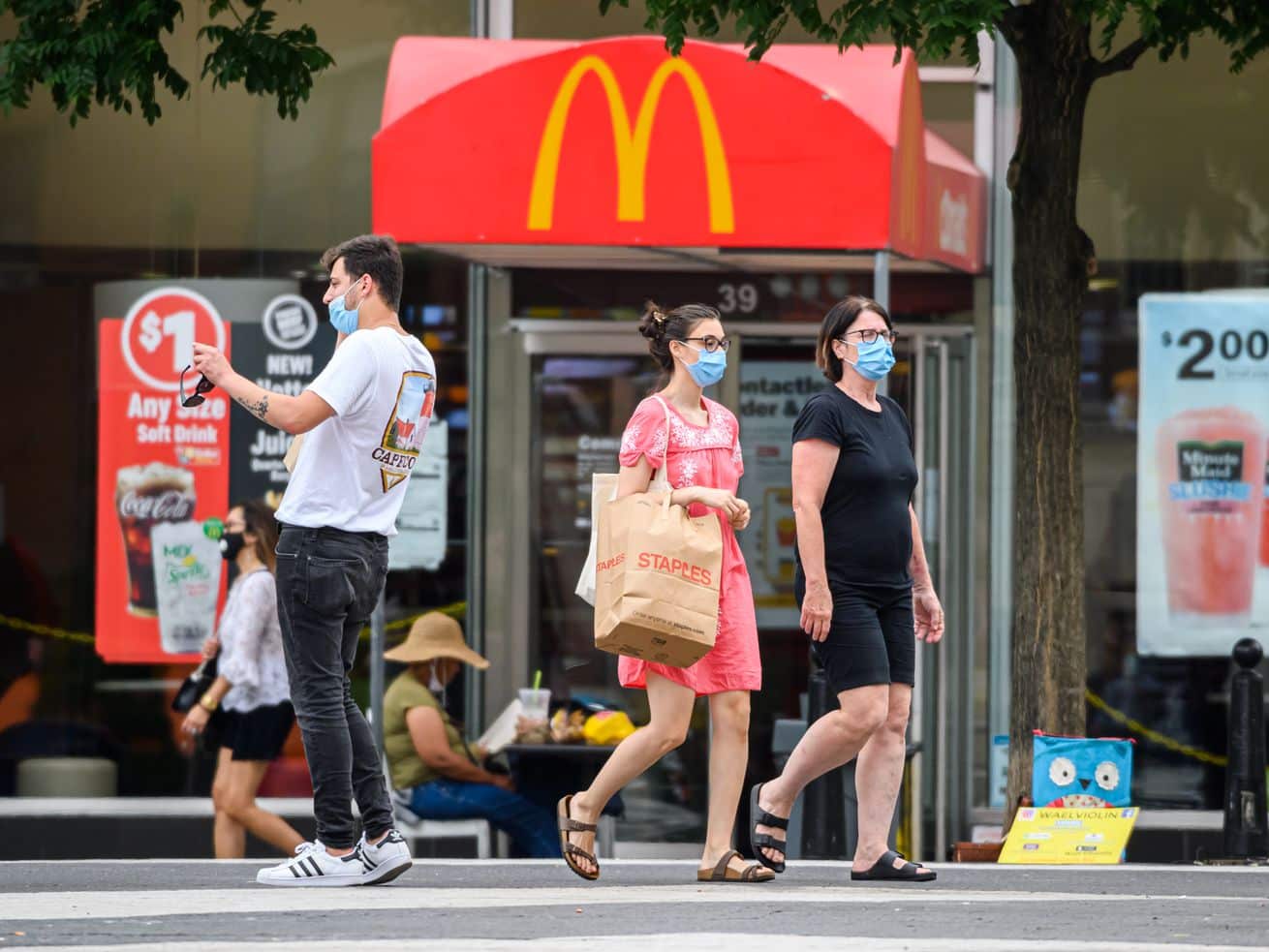 Employers are stepping up to support the US vaccination campaign. But they could do more.

America’s vaccination campaign has lost momentum. The number of doses administered daily is dropping, from about 3.3 million on average in mid-April to 1.8 million on May 20. While 60 percent of the US adult population has received at least one dose, that still leaves tens of millions of people who do not have protection against Covid-19.

There is not one single explanation for why those folks have not been vaccinated. Some may not have easy access to a vaccine; others might simply be opposed to getting a shot under any circumstances.

One barrier in particular stands out, especially for the Black and Hispanic populations that have been hardest hit by the coronavirus: work. According to a recent Kaiser Family Foundation survey, a majority of unvaccinated Black and Hispanic adults said they worried about missing work, and at substantially higher rates than their white counterparts.

But they can be persuaded. In the same survey, a substantial number of unvaccinated people said they would be willing to get a shot if their employer gave them time off for the shot, if their employer offered a cash bonus, or if their employer set up a vaccination clinic on site. Hispanic Americans were particularly persuadable.

That left me wondering: How much are companies actually doing to encourage their employees to get the Covid-19 vaccines? Much attention has been paid to whether firms can legally require their workers to get the shot, but, in practice, few major employers seem interested in doing so.

So I decided to do an informal survey of the country’s largest companies. Some are starting to be more proactive about urging their workers get vaccinated, I learned.

The stick appears to be out. But carrots can be useful too, as the KFF polling shows. Big companies are starting to use them, but as of now, it’s far from universal.

What are America’s biggest employers doing to encourage their workers to get the Covid-19 vaccine?

When the vaccines became more widely available this spring, companies initially didn’t appear too keen on providing any incentives for workers to get them, beyond general education and encouragement.

A survey conducted by the Society for Human Resource Management in late January and early February found 88 percent of firms didn’t plan to offer their workers any incentives or weren’t sure if they would. That might have reflected a period when vaccine supply was still scarce and the politics of vaccines felt more fragile.

“These folks are mostly cautious and do not want to step into the controversy when they do not have to,” Gary Claxton, senior vice president at KFF, told me over email. “Up until very recently, I am not sure that it was necessarily a business advantage to be able to say that all of your workers were vaccinated, and many have not fully reopened.”

But that has changed. In late April, 59 percent of companies surveyed by Arizona State University said they would give incentives for employees to get the vaccine. The CDC’s new guidance that vaccinated people can mostly stop wearing masks expected to accelerate reopening may encourage companies to go even further.

“It’s not going to be one size fits all. It’s going to depend on which industry you’re in, the make-up of your [worker] population,” Magda Rusinowski, vice president at the Business Group on Health, told me. “I do think the various forms of incentives will start to pick up.”

To get a better sense of the situation on the ground, I decided to survey 30 of the largest employers in the US, to find out what they were actually doing to encourage vaccinations. (I did not hear back from all of them, but 18 responded.)

What I learned is that all of these major companies (UPS, Bank of America, Home Depot, PepsiCo, and others) are trying to inform their workers about the vaccines and are providing paid leave.

But more aggressive incentives — the juicier carrots — are still the exception. A handful of companies, listed below, said they were offering perks in addition to paid time off.

To be fair, the KFF polling would suggest that paid leave is the single-best incentive. Still, the same survey shows other perks could be helpful in this “all hands on deck” situation. A few major companies were taking more proactive approaches in encouraging their workers to get the vaccine:

Kroger didn’t respond to me directly, but they were one of the first to start offering cash bonuses for workers who get the vaccine as well. Walmart is doing the same.

Different companies will have different incentives for pushing their workers to get the vaccine. Public-facing companies with a lot of hourly workers, those who might be most sensitive to both the risk of Covid-19 and missing time at work, are more likely to be aggressive, Rusinowski said. That would track with my own informal survey — though McDonald’s did not mention any incentives besides paid leave in their response.

Other companies don’t feel as much pressure to offer perks for the vaccine, however. A spokesperson for IBM pointed out the difficulties in tracking who’s received the vaccine and noted many of their sites were able to reopen with safety precautions before vaccines were widespread.

Just as vaccination is ultimately a personal decision, as several of these companies emphasized in their responses to me, firms will make and have the right to make their own decisions about how hard to push their employees to get a shot.

But as US vaccination rates slow down, companies can play a pivotal role in persuading their workers in the “wait and see” camp who can be moved by incentives. More and more employers are starting to step up. The pressure to protect their workers — and get business back to normal — is having an effect.

Sonic the Hedgehog’s live-action movie seemed doomed to fail. It escaped unscathed.
Reparations aren’t just political. They’re deeply personal.
Sharp Objects’ most obvious suspect may not be the murderer, but she’s still dangerous
A Trump judge’s attempt to bail out Michael Flynn ends
Trump falsely suggests wearing a mask at his Tulsa rally could be harmful
Tulsi Gabbard just won two delegates. Will she be in the next debate?