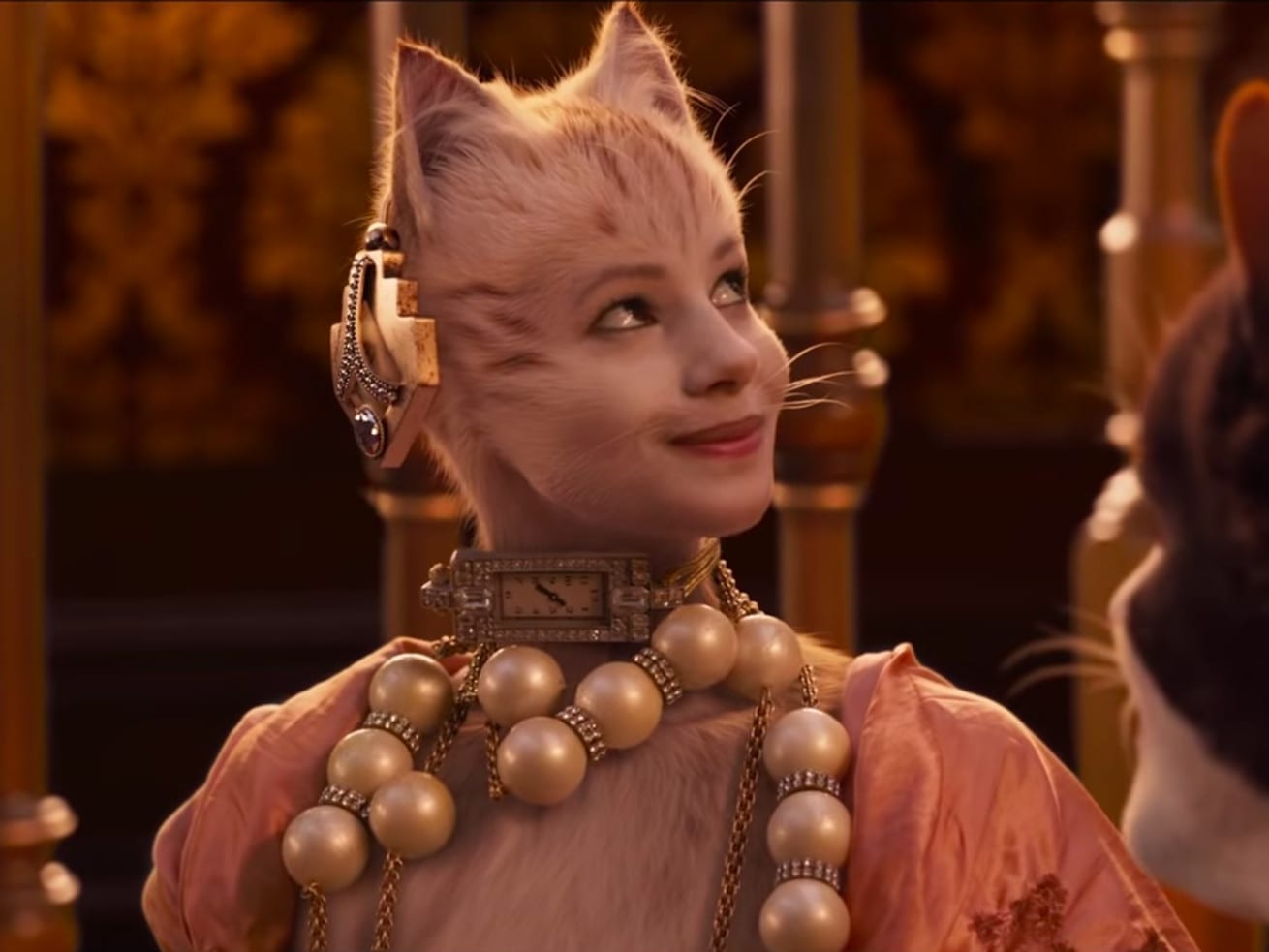 When the dawn comes, the new Cats trailer will be a memory, too, and a new day will begin.

As Vox’s chief Cats correspondent, here are some of the things that have happened to me over the past 6 months since the first trailer for the musical’s live-action adaptation was released, and as we wait for its December 20 release date:

And still, readers, none of this has been as surreal as watching the latest trailer for Cats.

To be clear, the latest trailer is pretty much like the previous trailer. The Cats are still rocking the uncanny valley aesthetic that exists between the Instagram cat filter that scares your actual cat and a creepy talking children’s toy you find in the attic of a dead relative and try to burn before it follows you home, twitching its tail and saying, “My name’s Bombalurina, what’s yours?” as you desperately seek an escape.

The cats are still sporting that terrible CGI fur, and everyone still looks like this:

All this was technically there in the first trailer, too. But where one could hope, in the first trailer, that the heady mix of camp, familiar music, and good intentions could keep Cats from being a total trainwreck, the arrival of the second trailer has made everything all too real. Cats is coming. This horrifying live-action version of Cats is coming. There is no escape. It’s really happening.

Who allowed this? The easy answer is Cats director Tom Hooper, aided and abetted by Cats creator Andrew Lloyd Webber, but the harder answer is that maybe the universe allowed this. Maybe the universe looked at us, at all our sins, at the human race teetering out of control, and thought that after a year of escalating climate change, more mass shootings, democracy eroding, streaming wars, and “OK boomer,” the cap-off 2019 needed was a parade of blurry dancing anthropomorphic furry cats, presided over by a terrifyingly orange Judi Dench, choosing who will go to cat heaven.

Why does Judi Dench look like a creepy revivalist preacher who’s about to faith-heal the cat whose hand she’s holding? Why is she wearing a fur coat? Isn’t she a cat who’s covered in fur? Why am I doing this to myself? Why did this show run on Broadway for 18 years?

My favorite Cats song is “Macavity.” Once, as a child, I named my cat Macavity. That was a better time — a time before all I had left were the burnt-out ends of smoky days, the stale, cold smell of morning, and this Cats trailer.

A federal court just reinstated DACA, and the implications go far beyond immigration
5 fascinating stories about Lee Israel, the real person behind Can You Ever Forgive Me?
January 2020 Democratic debate
The Democrats’ Medicare mess
John Kapoor and other opioid executives are finally going to prison
How the Libertarian Party (maybe) helped shift the presidential race