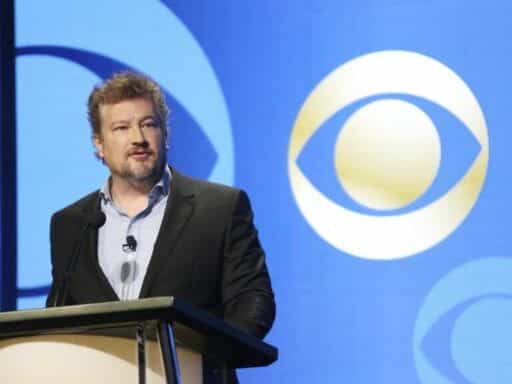 CBS Entertainment head Kelly Kahl trusts the company’s processes. But should he?

“This has been a tough week at CBS,” began Kelly Kahl, the president of the company’s entertainment division (a.k.a. the guy who makes the big calls for the TV network of the same name), during his press conference at the 2018 Television Critics Association summer press tour. And “tough week” almost seemed like an understatement.

The company is embroiled in controversy in the wake of Ronan Farrow’s New Yorker report on Leslie Moonves, the chairman and CEO of the CBS Corporation, who is accused of sexual harassment and stunting the careers of women who turned down his advances.

What’s more, the New Yorker story lays out how a whole culture of abuse and harassment trickled down from the top, particularly in the company’s news division. It’s an incisive portrayal of how harassment and abuse by powerful men, even when not strictly illegal, continues to propagate itself throughout massive corporations.

But Moonves has remained undaunted, and CBS moved slowly to investigate him (though it has finally opened an investigation involving independent counsel). This has been in clear contrast to what has happened to other powerful men accused of horrible things in Hollywood, something my colleague Constance Grady attributes, in part, to just how powerful Moonves truly is. He might be less of a household name than Harvey Weinstein, but the degree of influence he has over the industry is markedly higher.

So, yes, a “tough week.” And it’s not hard to believe that a month ago, Kahl probably thought his TCA press conference would be filled with measured, muted praise for the network, which last summer was struggling to defend its lousy track record of racial diversity both in front of the camera and behind the scenes. Though CBS has not caught up to other networks in this regard just yet, it has made big strides, and three of its new fall shows feature protagonists of color, compared to only one in fall 2017.

But, of course, the network’s better record on racial diversity was nowhere near the front of journalists’ minds at TCA, except to ask how its better racial representation is still in no way reflected in its gender representation and if that, in turn, reflects the company’s issues building a safe, supportive environment for women more generally. And Kahl also warned that his answers to our questions would ultimately prove unsatisfying.

Kahl followed his “tough week” statement with a brief discussion of how the Moonves investigation has made him feel, noting that both CBS Films president Terry Press and Late Show host Stephen Colbert have given thoughtful statements about the situation.

“Leslie has been an excellent boss and a mentor for a long time, and he put me in this job. At the same time, you must respect the voices who come forward. All allegations need to be and are being taken seriously,” Kahl said.

If there’s any reason to give Kahl the benefit of the doubt, it’s in that much of Farrow’s article tracks problems at other divisions of CBS, which Kahl has nothing to do with. Even in the case of something like the recent firing of two Star Trek: Discovery showrunners for verbal abuse, that happened at the company’s TV studio, not at CBS Entertainment.

But it’s not as though CBS Entertainment hasn’t had any of its own problems with harassment and abuse. Madame Secretary executive producer Morgan Freeman has been accused of harassment, as was Jeremy Piven, star of the network’s now-canceled Wisdom of the Crowd. And by far the most concerning story in this regard at CBS has been that of Brad Kern.

The now-former showrunner of NCIS: New Orleans, Kern has been investigated three times for misconduct, and earlier this year, he was demoted from series showrunner to a consultant, shortly before another investigation commenced. But he’s never left CBS’s payroll, and he’s always been deeply involved in the series, even as these investigations have gone on.

Kahl explained the situation with Kern thusly: “CBS Studios investigated Brad Kern in 2016. Action was taken after that investigation. There have been no complaints since.” And in the wake of several reports on Kern’s continued abusive behavior in the press, another investigation, this one involving independent counsel, has been opened.

But you might also note that Kahl’s statement subtly underscores that the buck stops with CBS Studios when it comes to Kern, instead of with CBS Entertainment. And if there’s one thing people in positions of power should have learned in the wake of Weinstein’s fall and the rise of #MeToo, it’s that human resources departments and even independent counsel investigations are far too often invested in protecting the company, rather than supporting those who are bringing complaints against those in power at the company.

And though Kahl also said, repeatedly, that if a complaint is brought to him, he has to take it to HR, he closed his session by not being able to state, conclusively, that he has followed up on an HR complaint to make sure it was resolved satisfactorily for the person bringing it.

Another one of Kahl’s refrains was that when he talked to female executives at CBS, they would tell him that the New Yorker article didn’t reflect their relationship to the company they worked for, or the environment they worked in. “I’m confident the culture of the entertainment division is very safe, very open, and very welcoming,” Kahl said of these conversations. Again, note how much heavy lifting “entertainment” is doing in that quote, which came in response to a question about the news division.

But the problems at CBS don’t stem from poor treatment of women executives. And the women who would come to Kahl to say that they have always felt safe at the company are precisely the women who would always feel safe at the company, because telling your boss and one of the most powerful men at the company that you feel safe is, ultimately, the behavior of a self-selecting group of people who really do feel safe, for whatever reason. Kahl might be the greatest boss in the history of Hollywood, but everybody has blindspots, and this seems to be a big one for Kahl.

It’s much, much harder to tell a powerful person that you don’t feel safe, that you feel like the whole system is rotten from the top down and needs to be changed on a systemic level, because that’s the sort of thing that gets shunted off to HR, where it’s made to go away, so that the money can keep rolling in. And so long as Kahl and others at CBS trust the process and those who say the process is A-OK, that problem will persist.

How Senegal stretched its health care system to stop Covid-19
The UK is the first country to grant emergency approval to Pfizer’s Covid-19 vaccine
Why does Anna Delvey, the fake German heiress, look so fashionable in court?
Trump’s not sure about believing climate science. The Saudis and Putin get the benefit of the doubt.
How to watch Emma, Onward, and other new movies you can suddenly view at home
Who got married in Love Is Blind’s volatile season finale?