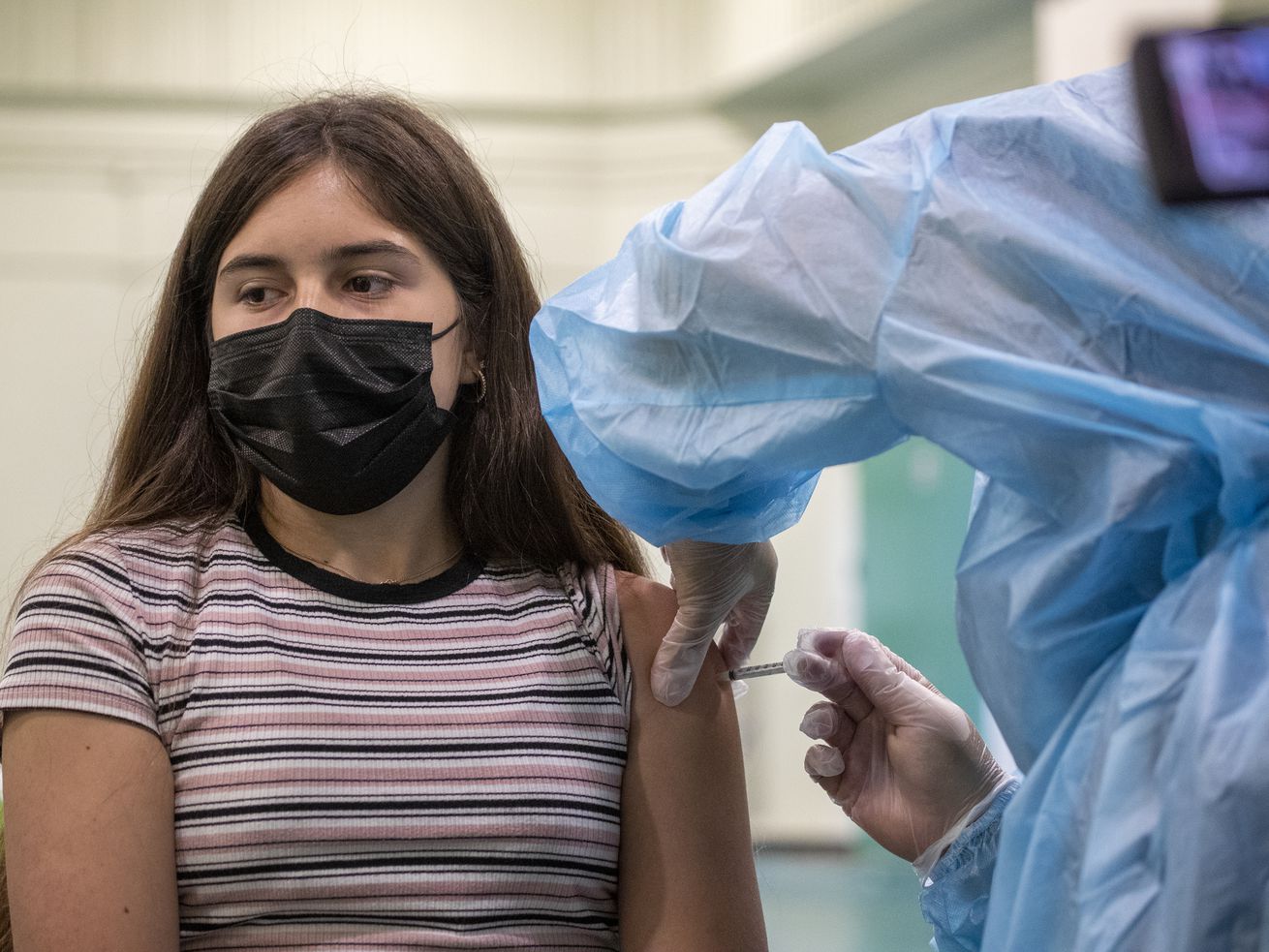 A trio of new studies from the CDC show that Covid-19 vaccines remain highly effective against severe illness.

As the Biden administration steps up its efforts to get shots in arms, the Centers for Disease Control and Prevention released a new study Friday that underscores the effectiveness of Covid-19 vaccines against serious illness or death.

The study — as well as two others also released Friday by the CDC — is still an early release, meaning that there could be changes in the final version. But the findings nonetheless provide some clarity about the state of the pandemic as the delta variant makes its mark on communities throughout the country.

As the delta variant became more widespread in the US over the course of the summer, the study also found that protection against initial infections fell slightly — but the vaccine’s “effectiveness against hospitalization and death showed barely any decline during the entire period,” according to the Washington Post.

Despite the remarkable effectiveness of the Covid vaccines, however, the virus continues to run rampant in the US as the country struggles with resistance to the vaccine.

With Japan overtaking the United States in vaccinations, the US now has the lowest vaccination rate in the G7 despite its head start. pic.twitter.com/JIfJGVK61K

Americans are still lagging behind other wealthy countries in vaccine uptake, and only 52.76 percent of eligible Americans are fully vaccinated, according to the New York Times. Only about 700,000 vaccine doses are being administered each day in the US — about 300,000 fewer than Japan’s vaccination program is currently reporting, despite Japan’s smaller population.

Currently, the US is averaging nearly 146,000 new Covid-19 cases per day, compared to less than 12,000 new cases per day at points in June this year. At the pandemic’s peak this winter, the country was reporting more than 250,000 cases per day on average.

But a new movement toward stricter vaccine requirements coincides with a seven percent decrease in daily reported Covid-19 cases over the past two weeks, according to the New York Times. Testing is also up 21 percent over the same period, with an average of more than 1.6 million tests being administered per day.

Deaths, however — which tend to lag spikes in new cases — are currently increasing in the US. As of Friday, the country was averaging more than 1,600 deaths per day from the virus.

While this last statistic is grim, however, there are signs that the delta-fueled surge in cases over the summer is at least leveling off as more people get vaccinated.

Cases in Mississippi, where the virus has strained hospital capacity to beyond its limits, are down by a third over the past two weeks. In Tennessee, which currently has the most cases per capita of any state, the vaccination rate increased by 47 percent from July 12 to August 2, and the rate at which infections are increasing in the state has started to slow.

“Our patience is wearing thin”

As the US continues to struggle with Covid-19, President Joe Biden on Thursday announced that all businesses with more than 100 employees must require either vaccination or weekly Covid-19 testing.

“Many of us are frustrated with the nearly 80 million Americans who are still not vaccinated, even though the vaccine is safe, effective, and free,” Biden said at a press conference on Thursday, decrying what he referred to as the “pandemic politics” of Republican leaders who have downplayed Covid-19, spread disinformation, and fought against measures like inoculation and mask-wearing.

“We cannot allow these actions to stand in the way of protecting the large majority of Americans who have done their part and want to get back to life as normal,” Biden said.

Corporate America is also warming to vaccine mandates, with major companies like United Airlines and Tyson Foods implementing vaccine requirements for their workers. United set a deadline of September 27 for all of its US-based employees to be vaccinated, and it says that more than half of its previously unvaccinated employees have now been vaccinated, according to NPR.

Pediatric Covid-19 cases are on the rise

Despite the significant protection afforded by vaccines, however, not everyone is eligible yet. The Food and Drug Administration has yet to authorize a Covid-19 vaccine for children younger than 12, and pediatric Covid-19 cases are surging as children head back to in-person schooling — particularly in states that have rebuffed mask mandates.

New York City public schools, the largest school system in the country, will test its own Covid-19 policies on Monday as the school year begins. All employees of New York City’s Department of Education are required to be fully vaccinated by September 27.

That’s also the case in Los Angeles, which on Thursday became the first major public school district in the US to mandate Covid-19 vaccines for all eligible students as well as for teachers after an unanimous vote by the school board.

In Florida, where Gov. Ron DeSantis is currently fighting to prevent districts from requiring masks, pediatric deaths from Covid-19 have more than doubled since July. While the number of deaths is still extremely low relative to other age groups — only 17 children have died from Covid-19 in the state since the beginning of the pandemic — seven of those deaths were between March 2020, when the outbreak began in the US, and July 2021, a period of 15 months. The remaining 10 occurred after July 30 this year, Politico reported Thursday.

Additionally, according to Politico, the Department of Education’s Office of Civil Rights is investigating the Florida public education system’s anti-mask mandate policy. In a letter to Robert Corcoran, commissioner of Florida’s Department of Education, Acting Assistant Secretary for Civil Rights Suzanne Goldberg warned that the policy could violate the civil rights of children with disabilities by preventing them from “safely returning to in-person education.”

Given the increase in pediatric cases — and scrutiny of in-school Covid-19 prevention policies — the pressure is on for vaccine manufacturers to determine whether their inoculations are safe for use in children.

According to German news outlet Der Spiegel, BioNTech will share the results of its clinical trials on children ages 5 to 11 this month, seeking global approval of the vaccine for use in this age group.

That could mean the Pfizer-BioNTech vaccine could be authorized for children in that age group as soon as the end of October, Reuters reported Friday.

BioNTech, which has partnered with Pfizer to manufacture its vaccine, also has a plan to seek approval for use in children ages 6 months to 2 years by the end of the year, and Moderna said that it has filled its roster for clinical trials of its vaccine in children ages 6 to 11 and is working on determining an appropriate dosage for children as young as 6 months.

In the meantime, however, Biden officials have emphasized that widespread vaccine uptake among people who are eligible for the vaccine is the best way to keep pediatric Covid-19 cases low.

“That’s why this collective responsibility we have as a society to make sure we are not only taking care of our own health, but reducing the chances we pass a virus on to somebody who’s more vulnerable — that’s why this is so important,” Surgeon General Vivek Murthy said on Friday. “And that’s what the efforts that the President announced yesterday will help us do: reduce transmission, protect lives, and protect our children as well.”